PC and PlayStation 4 versions dated, Xbox One to come later 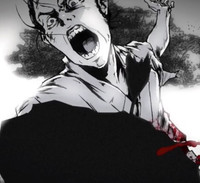 A release date has been set for Afro Samurai 2: Revenge of Kuma… well, a date for the first volume, and only for PlayStation 4 and PC, but a date nonetheless. Yes, that's right, the Afro Samurai game sequel is going episodic, and the first chapter hits PS4 and PC on September 22.

An Xbox One version will follow, with details to come at a later date.

Those who pick up the PlayStation 4 version will be able to grab a trilogy bundle with volume 2 and volume 3—dates for which have yet to be announced—at a 20% discount (30% for PS Plus members).

You can see some more gameplay footage in the latest trailer below, which doubles as a music video for Visual Eyez' "Deadly Identities."

Afro Samurai 2: Revenge of Kuma is a 3rd person action packed sequel to the original Afro Samurai story and picks up where the first game left off. Written by New York Times Best Selling Author Jim DeFelice, the story follows the path of Kuma, a cybernetically enhanced killing machine with a bear’s head who was made for one purpose, to kill Afro. The game will be released over 3 distinct volumes, each with its own story arc, characters and fighting styles to master, in addition to a unique soundtrack created by up and coming indie hip hop artists that have been mentored by the one and only RZA of the legendary Wu-Tang Clan.  RZA has been the music director on the franchise since the original animated series and was responsible for creating the ‘Afro Sound’ which fans of the franchise have grown to love and respect.