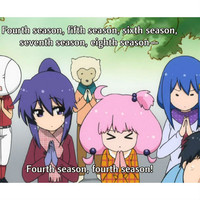 Looks like there's no break for the tennis club as a seventh season of the anime shorts adaptation of Roots and Piyo's comedy manga Teekyu is scheduled to debut January 11th.  The lead cast sing the theme, "Delinquent Youth versus Sekitori (sumo Man)," scheduled to be released in February.

Shin Itagaki is back as the director/writer/character designer on the Millepensee production. 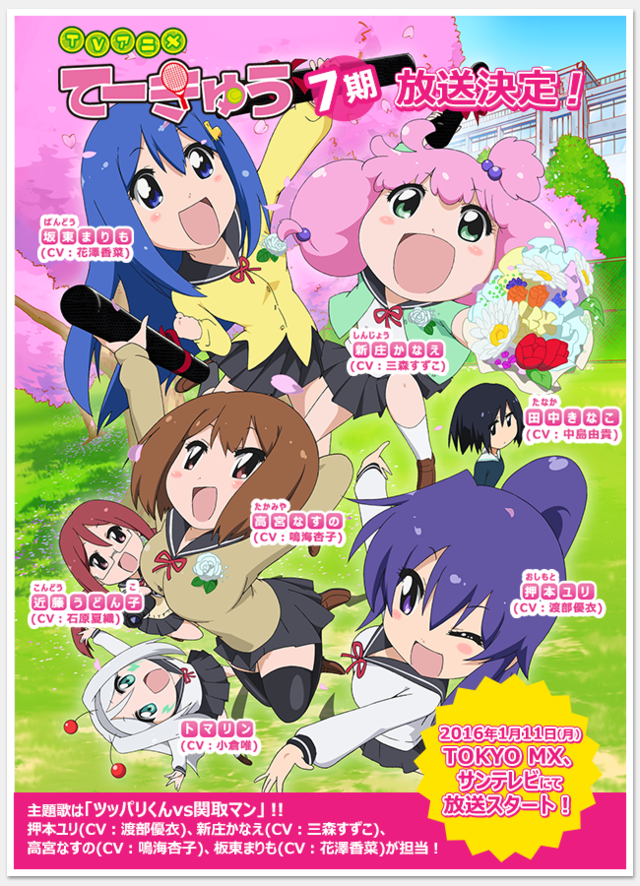