Anime Eyes Have Become Burdensome To Productions According To Staffer 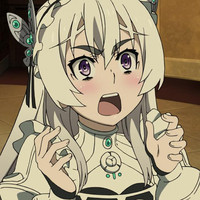 Look at all those "how to draw manga" books and it becomes evident that eyes are a cornerstone of what anyone with a passing familiarity would refer to as "anime" or "manga" style going back to Osamu Tezuka, Astro Boy and the beginning of TV anime.

Apparently, some of that ocular extravagance is getting to be a problem.

Kazuyoshi Yaginuma, a key animator veteran of productions from Akira to Beck: Mongolian Chop Squad to several Naruto films, let social media know that the length of time that goes into drawing anime characters’ increasingly complex eyes is making it impossible to draw them quickly enough to earn a living.

“The talk is that just drawing the eyes for a modern anime girl takes as much effort as it used to take to draw the entire bridge of the Space Battleship Yamato."

Drawing three frames featuring modern anime eyes can take two hours, while average pay for one frame is ¥200 (just under $2).