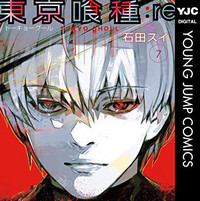 A sighting going around the Japanese blogs has it that an early look at Tokyo Ghoul: re volume 7, due out in Japan on June 17th, shows that collection's cover band is announcing plans for a live-action movie adaptation of Sui Ishida's hit series. More details are promised from the pages of Weekly Young Jump magazine.

The intial Tokyo Ghoul manga ran 14 volumes between 2011-2014 before kicking off the ongoing follow-up Tokyo Ghoul: re that year. 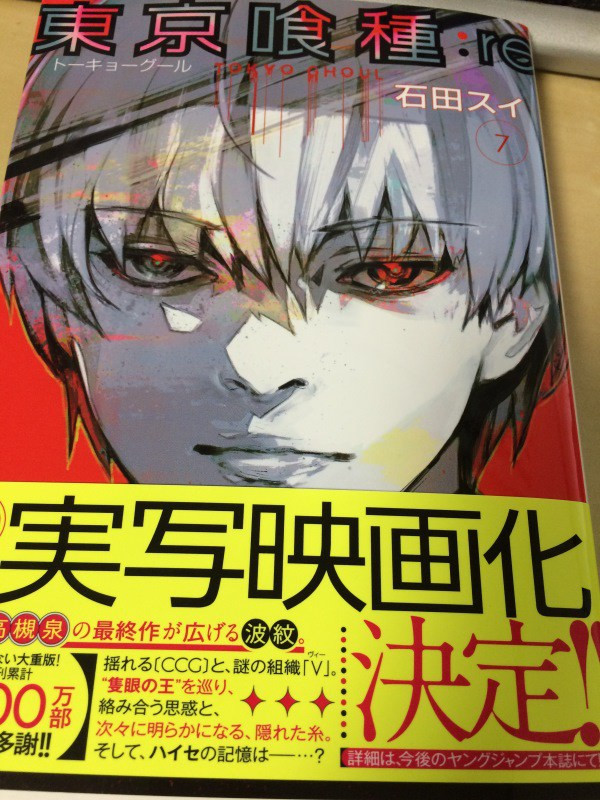