Teen Animator Wows Audience with First Work on "TO BE HERO" 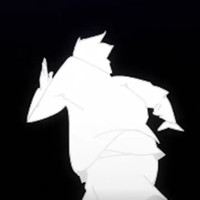 You're never too young to pursue your dreams, and 18-year-old KiloCrescent is making that point to anime fans. He's just graduated high school and already landed a job as an animator on the new series TO BE HERO. Check out a clip of his work shared by Wave Motion Cannon's Josh Dunham:

Dunham also got an interview with KiloCrescent, where they talked about the young animator's inspirations, influences, and earlier work. If he hadn't been picked up to work on TO BE HERO, he says, he would have gone straight to college. However, his talent was spotted early, and anime is all the better for it.

Look for more of KiloCrescent's work in coming episodes of TO BE HERO.