"Neko Atsume no Ie" Movie Poster is a Feline Cat-astrophe 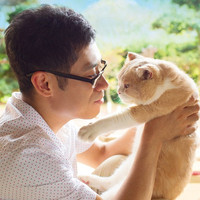 The official movie poster for Neko Atsume no Ie ("Cat Collection's House"), a film based on the popular Neko Atsume smart phone game by Hit-Point, is now available (below). 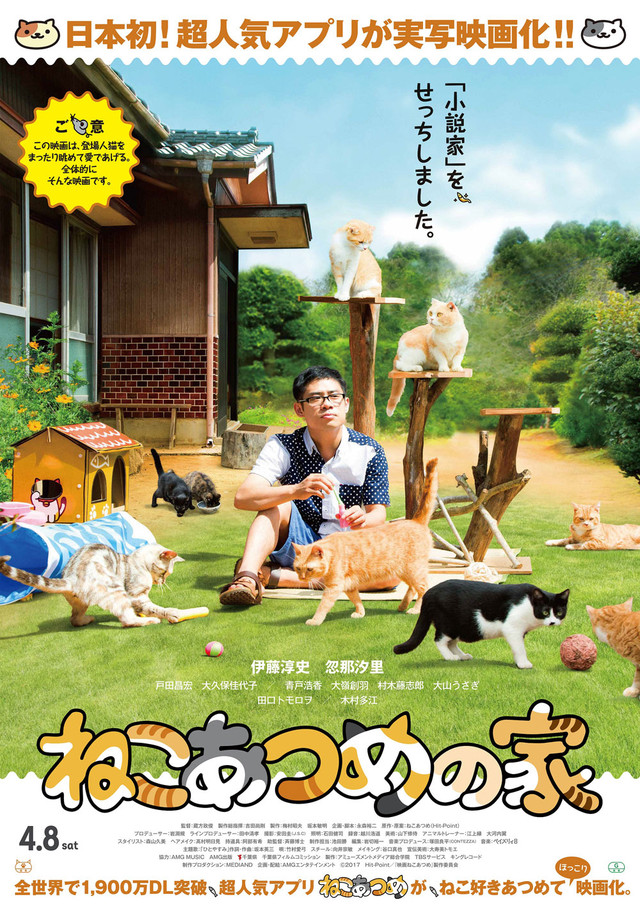 In Neko Atsume no Ie, Atsushi Ito stars as Masaru Sakamoto, a novelist who moves to the countryside to try to combat a bad case of writer's block. While struggling to begin his next novel, Masaru spots a stray cat, which he decides to befriend. Masaru leaves food out for the pretty kitty, and before long his new home is covered in cats.

Neko Atsume no Ie is directed by Masatoshi Kurakata and also stars Shiori Kutsuna and Tomorowo Taguchi. The film hits theaters in Japan on April 08, 2017.