The 4.3-hectare amusement park is expected to attract one million visitors per year 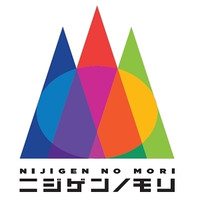 Japanese recruitment company Pasona Group announced on February 6 that it will open "Nijigen no Mori (two-dimensional forest)," a new theme park dedicated Japanese pop culture contents such as anime and manga, in Awaji Island, Hyogo Prefecture, in July 2017. Awaji Island (Awaji-shima) is the biggest island in the Seto Inland Sea and is located between the islands of Honshu and Shikoku. You can learn more about the island in Englsih on the "Awaji Island Tourism Guide" site.

Back in November 2013, Hyogo Prefecture selected Pasona Group's "Awaji Manga Anime Island" project as the best revitalization program for the Prefectural Awajishima Park in the island, which had less and less visitors since its open in 1980. Then the group established a new company for the project, NIJIGEN NO MORI CO., LTD. on December 8, 2016.

According to the release, the Hyogo Prefectural Awaji-shima Park Anime Park "Nijigen No Mori" plans

to offer "a mixed entertainment of 'two-dimensional contents' like manga and anime, and nature."

work Phoenix, an adventure park area based on the characters and film worlds of Yoshito Usui's Crayon

The company projects that the 4.3-hectare amusement park "Nijigen No Mori" will attract one million

visitors per year from Japan and abroad.

The logo for the park 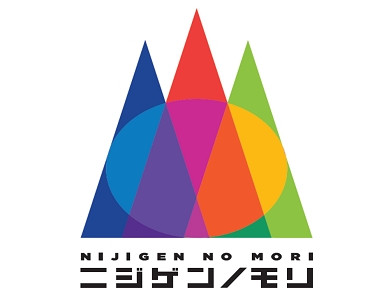 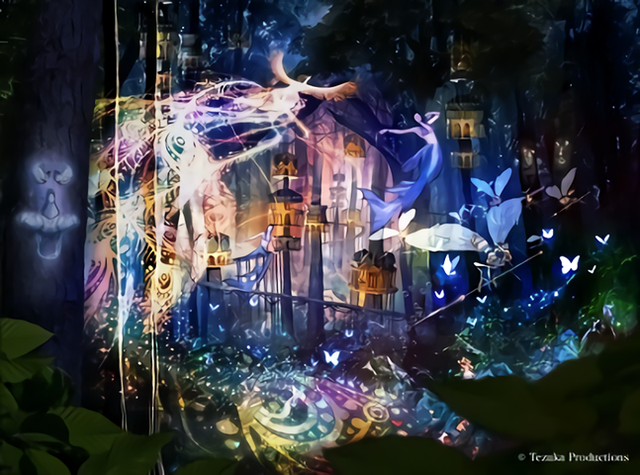 and athletic course "The Storm Called: The Battle of the Warring States!") 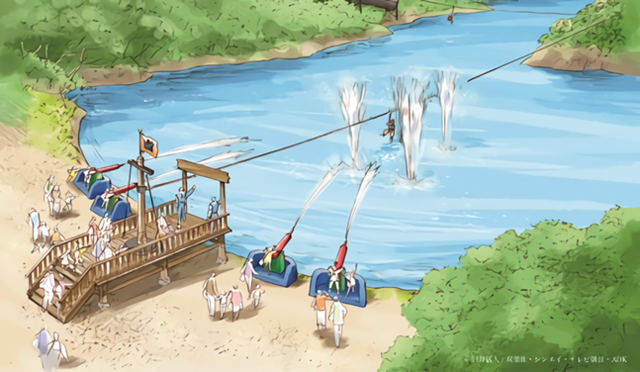 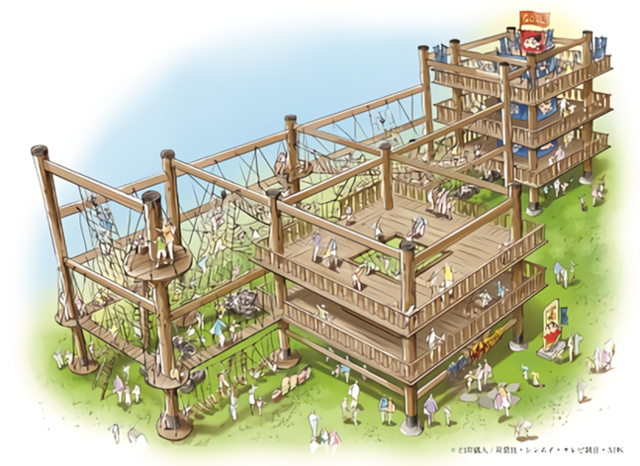 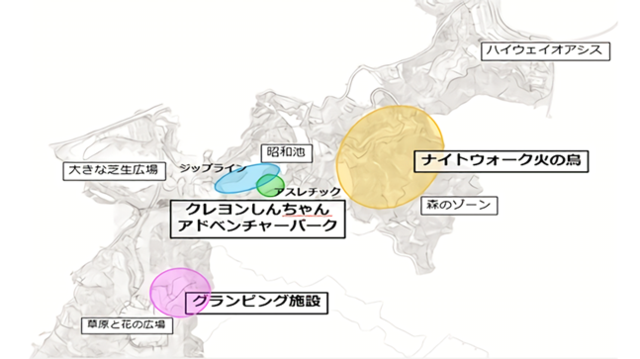