This probably isn't the EMIYA you were expecting... 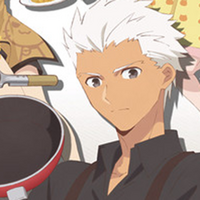 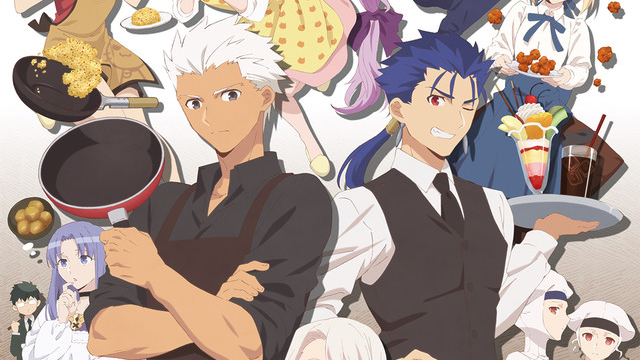 Fate/stay night spinoff and food beauty show Today's Menu for the Emiya Family has rolled out its second key visual. And it's throwing in even more characters from the vast Nasuverse... including one who was only hinted at before.

For April Fool's, the site ran this visual, hinting at the presence of Shirou Emiya's Servant alert ego EMIYA in the series: 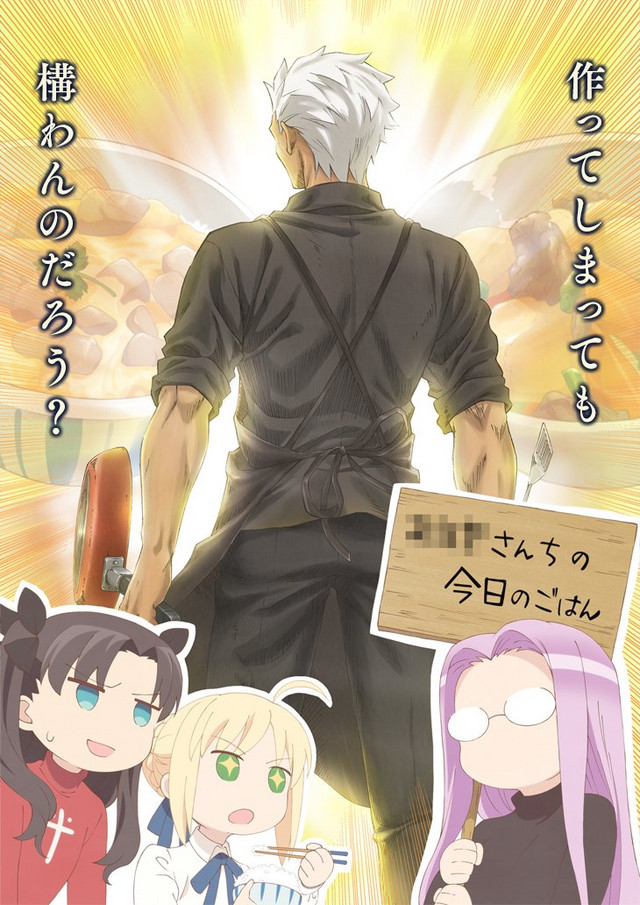 As with so many good things, the joke appears to has made its way to the realm of fact. The new key visual features returns from Saber, Rider, Lancer, Ilya, Sakura, Shirou himself, and many more. But it also features the frying-pan-wielding Archer. Is this just a continuiation of the April Fool's gag, or can we expect to see some extreme cooking self-owns in the near future? 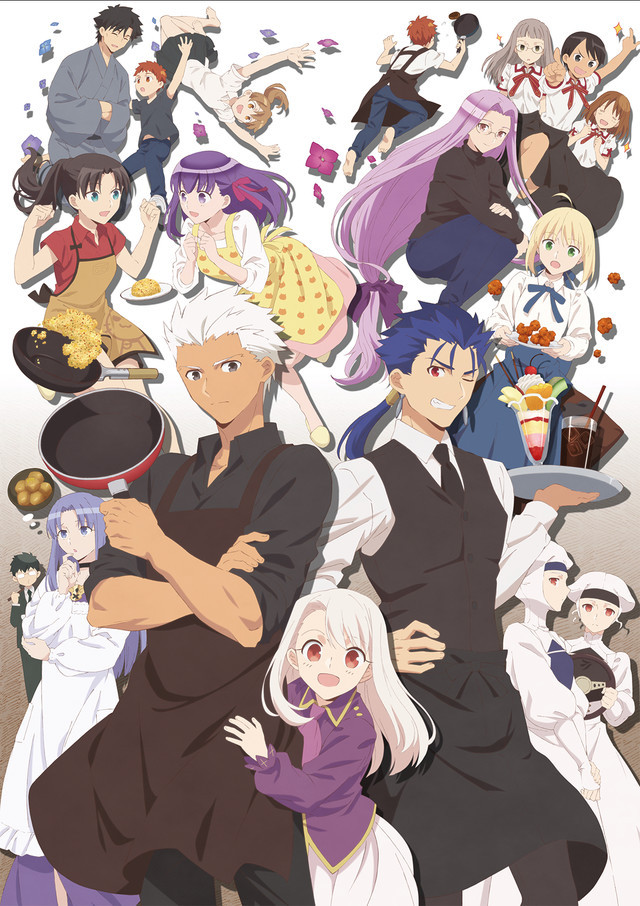 In addition, the official website has announced that Volume 3 of the web manga will be launching on September 26. The manga runs on KADOKAWA's Young Ace UP website.

>> Today's Menu for the Emiya Family on Young Ace UP

>> Watch Today's Menu for the Emiya Family on Crunchyroll