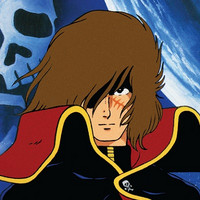 Some sad news for fans of old school anime: voice actor Makio Inoue, known for such roles as Harlock in Captain Harlock and Ishikawa Goemon XIII in Lupin the Third, has passed away at the age of 81.

According to an official statement from Aooni Productions, the talent company representing Inoue, the actor succumbed to a worsening of chronic angina pectoris on November 29, 2019.

(Above: A Tweet from the official Makio Inoue Twitter feed, featuring a photo of the actor standing in front of his home.)

Born in 1938, Inoue began his acting career in 1954 and branched into voice acting in the 1960's. Beginning in 1977, he was the second actor to portray Ishikawa Goemon XIII in Lupin the Third, a role which he continued until 2011. (Chikao Ōtsuka was the first actor to play Goemon, while Daisuke Namikawa currently voices the character.)

Inoue was also the first actor to portay Harlock in Captain Harlock, and his other roles include Mitsuru Hanagata in Star of the Giants and Riki Jinguuji in Brave Raideen.