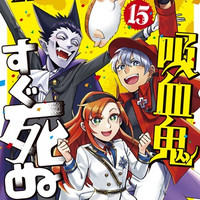 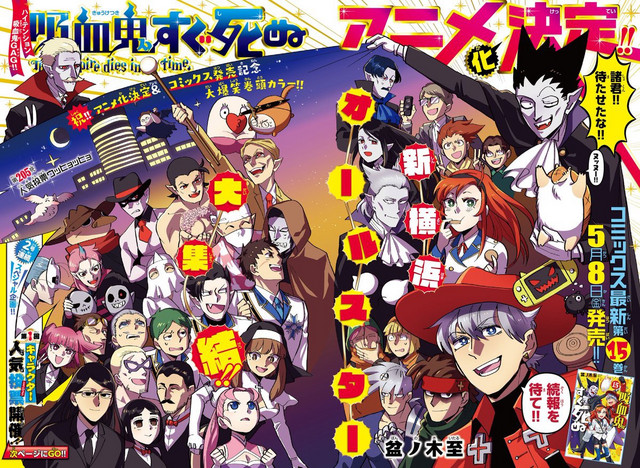 It was officially announced on this year's latest 23rd issue of Akita Shoten's Weekly Shonen Champion that an anime adaptation of Itaru Bonnoki's comedy manga Kyuketsuki Sugu Shinu / The Vampire Dies in No Time gets a green light. How and when it is distributed will be announced at a later date.

The manga has been serialized in the magazine since 2015 and its latest 15th tankobon volume is set to be available in Japan tomorrow, May 8. The manga author says, "My childhood dream came true ...! Thank you for your support! Please keep cheering for me!!"

In the suburbs of Inaka-cho, Saitama Prefecture, there is a castle where an immortal vampire is said to live. The vampire hunter Ronald is hired to rescue the children who have not returned from there. But what he finds is Dralc, a wimpy vampire who easily dies and turns into ash, though he is immortal. And the children were not caught by him but were only playing in the castle. Ronald destroyed Dralc's castle through a little carelessness. As a result, Dralc, who lost his home, comes to live with Ronald at his office in Shin-Yokohama. Then the two pair up to try to solve various cases, such as the exhibitionist vampire.

Source: "The Vampire Dies in No Time" official Twitter