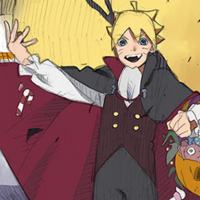 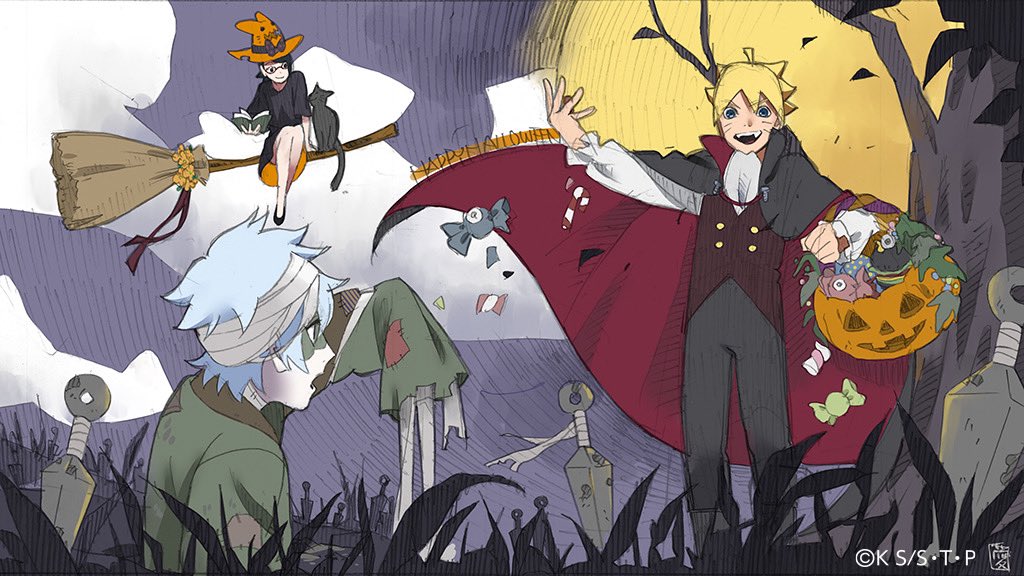 It's the spookiest day of the year today, and Team 7 is joining in on the festivities! The three protagonists are dressed to kill with Boruto as a vampire, Sarada as a flying witch, and Mitsuki as a... zombie? Mummy? I can't quite tell, but he looks great. The art was posted on the official Boruto Twitter account on October 26, but we wanted to highlight it on Halloween to spread some holiday cheer today!