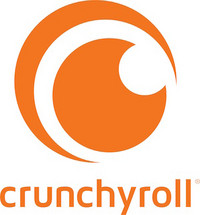 Crunchyroll is officially teaming up with Japanese television network Fuji TV to kick off a partnership for the development and production of new series. Titles produced through the partnership will be broadcast in Japan on Fuji TV's +Ultra programming block and streamed on Crunchyroll in over 200 countries and territories.

In addition to Crunchyroll and Fuji TV, creative company Slow Curve is on board to co-develop and co-produce a slate of series starting in April 2022. Upcoming titles in the works include a new project by manga author Tsutomu Nihei (Knights of Sidonia, BLAME!) and Polygon Pictures, as well as original title Estab-Life, which comes from producer and director Goro Taniguchi (Code Geass: Lelouch of the Rebellion).

The Crunchyroll streaming premieres for these and other titles will arrive day and date with their debut on Fuji TV's midnight anime block +Ultra, which first launched in October 2018.

Ahead of these new titles, Fuji TV and Crunchyroll have teamed up on Muv-Luv Alternative, the long-awaited anime based on the hit game that follows the bonds between those who fight, in a world pushed to its limits. The series starts in October on Fuji TV's +Ultra block, and Crunchyroll will exclusively stream it worldwide outside of Asia.