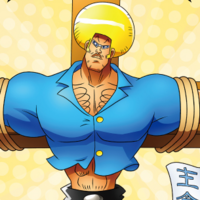 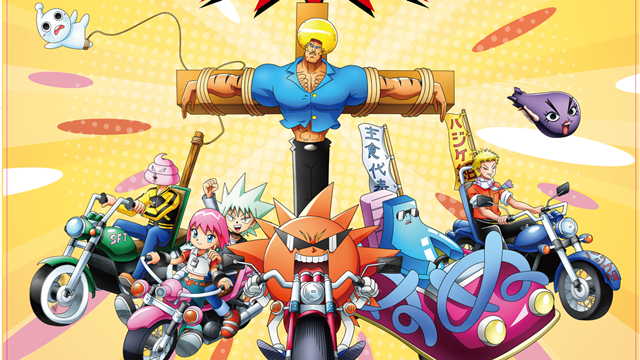 Toei Animation has announced that "Bobobo-bo Bo-bobo Exhibition: Hajike Densetsu yo Eien ni...!? (The Legend of Hajike, Be Forever...!?)", a special exhibition to celebrate the 20th-anniversary of Yoshio Sawai's Bobobo-bo Bo-bobo manga series, is set to be held on the seventh floor of Shibuya Marui in Tokyo from November 20 to December 12, 2021. The tagline is "It's a time like this. We're unstoppable."

The surreal comedy manga was serialized in Shueisha's Weekly Shonen Jump from February 2001 to November 2005, then its sequel Shinsetsu Bobobo-bo Bo-bobo followed from December 2005 to July 2007. It has released a total of 28 tankobon volumes in Japan and has printed seven million copies.

A newly drawn key visual for the exhibition featuring familiar characters such as Bobobo, Beauty, and Don Patch has been released. At the venue, various materials to look back on the memories of the series will be displayed, and commemorative goods will be also sold. As a bonus, each entrant will receive a colored paper with the title written in Chinese characters. And tickets have been available at Lawson Ticket since yesterday, October 25.

The details of the exhibition and commemorative goods will be announced on the special website and the official Twitter account for the exhibition at a later date. Stay tuned! 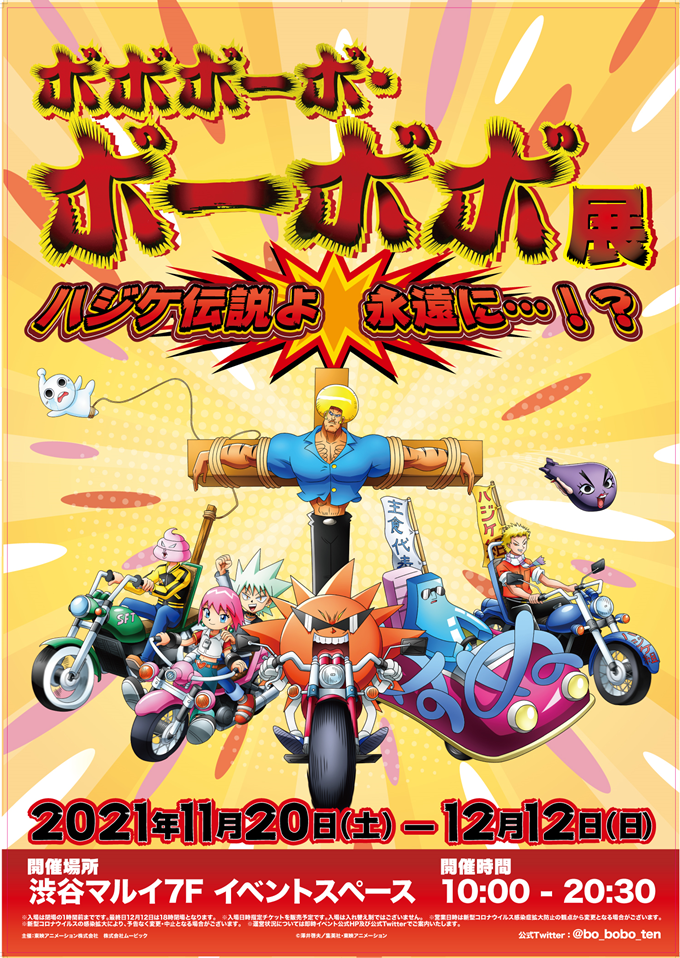