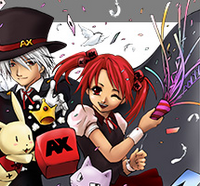 A few days left till anime expo. Get you stuff ready XD


To anyone who is interested to talk about the anime expo. just pm me in these messengers

Anime Expo (n) - It as convention that is located in South California anywhere close to the Los Angeles district. Held every summer of the year (mostly end of June and starting of July). Over thousands of people not only from California but also in other locations visit the convention to see Live Performances, famous artist, staff of the anime industry, game district, and mostly the Cosplayers themselves with their awesome anime costumes. 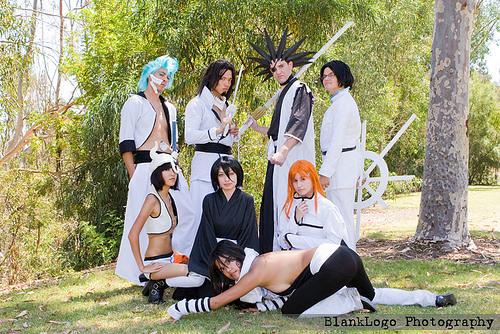 Still famous up to this date and more and more people have increased in going to the anime expo itself.

Check out whats in the site

Children 5 and under: Free

Revered manga artist who has garnered praise and acclaim for her current series Loveless. Ms. Kouga is also the character designer for the anime MOBILE SUIT GUNDAM 00.

Mr. Mori is currently working on the Aksys Games title BLAZBLUE as its director, lead artist and designer.

Legendary voice actor who has in many popular anime roles, such as Bleach, Gundam X, Full Metal Panic, Initial D, Inuyasha, and many others.

Famous not just for being the Japan’s top female group, but also for its unique approach with the shuffling of band members.

Creator of the highly popular TRIGUN manga that inspired the television anime series of the same title.

The director of the highly anticipated 2009 TRIGUN movie. Mr. Nishimura has also worked on many huge and popular titles, including Black Lagoon, Rurouni Kenshin, and Street Fighter Alpha.

Kari Wahlgren was first introduced to anime audiences as the Vespa-riding, guitar-bashing Haruko in “FLCL.”

The publisher and founder of Yaoi Press, the largest OEL yaoi publisher in North America. She is also the writer of their two bestselling series: Winter Demon and Dark Prince.

Schedule: Friday and Sunday from opening till closing.

The voice of Lord Zedd and Finster on the "Mighty Morphin Power Rangers". His other works includes Akira, and Cowboy Bebop.

Schedule: Thursday, Friday, Saturday and Sunday from Opening till closing.

Adam, the Mighty Morphin Black Ranger. Due to a filming conflict, Johnny Yong Bosch will not be attending Anime Expo® 2009.

Schedule: Friday, Saturday and Sunday from opening till closing.

Schedule: Friday, Saturday, and Sunday from Opening till closing time.

Main designer in the original television TRIGUN anime series and is also the main mechanical designer for the theatrical version.

Schedule: Friday, Saturday and Sunday from opening till closing.

The current chief producer of Flying Dog Inc. Mr. Kitayama has worked on titles such as TRIGUN, EXCEL SAGA, NOIR, GUNGRAVE and MADLAX.

The writer and performer on the Emmy-winning animated show Robot Chicken. Mr. Meyer will also perform on Titan Maximum

Schedule: Saturday and Sunday, ONLY, from noon until 3:00p.m. both days.

Musical artist and the entertainment producer of MORNING MUSUME. Most recently TSUNKU♂ has produced the smash hit video game "Rhythm Heaven" for NINTENDO.