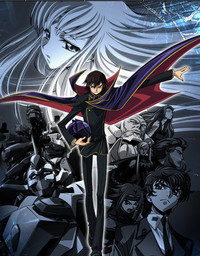 The great battle of strenght,power,and determination will begin

if you want to become a mod apply in the mod forum if you are not accepted an pm will be sent to you regarding why you didn't be accepted by a mod a mod has to be active by being active on the group at least 4 times a week if you have something that will interrupt or stop you from being active then tell me or the mods so we wont remove you from the mod list.

Currently military general Ankaru Kaiso invaded japan they concerned them and named the wasteland area 18.All the Japanese moved to Brittitana where they lived a life of hatred to there kind. Ankaru never wanted this to happen he only wanted to rule japan but his plan went to far. He decided to join the Japanese to overthrow the kind but he decided that he must fight for his country the king found out about him trying to join the Japanese before he changed his mind and Ankaru was brainwashed out of all his memories that involved switching to Japanese. Ankaru slowly remembered his memories and killed the king.The new king was under him an Ankaru became the only military general to become a higher rank then the king himself.They fought with the Japanese until they faced ______,_____,____,and ______ they fought a hard battle but in the end _____________ won.
( the blank spots are soon to be revealed later on in the rp)

We currently need these ranks for the story:
King of britianai: Potatofreak
Leader Rebel: Akio_lulz_Suro
Military general:y18
Secret Japenese spy:
(request a rank then pm me)