Please send an invitation to all your friends to come to the group! :)

Story episodes will be posted in the forums. Please comment.

○Stories○
Fallen Angel by Ichigo-bankai (Fantasy with a dash of romance)
Blind Assassin by CloudChaser
Chainz by khadar747
Urdumkeit by The_8th_Sin (Action. It may or may not be Sci-fi, depending on some decisions I make about the plot)
Chthonia by The_8th_Sin (Action/Fantasy/Romantic-Comedy/Psychological Horror)
The Dark Moon by itachi643
The Slave by MilicentPottywinkle
Remember Twilight by mafiaman
Neo-Magister Saga by seiryuu18
The Envoy and Black Heart by OKIJIN
Zombie by atelier7
Divine by jadenik
Beau and the beast by jadenik
The Ultimate Team by jadenik
Le Jardinier et Le Gouverneur by wolf66613
Epitaph of the World by dmitrivalentine
Isolation by dmitrivalentine
Tenshi no Kira (romantic fantasy) by narutosasukegal44
Miadra High by dominicannena1
Internal Instincts by yaidoll
(Science fiction/action/ mistery with a hint of romance.)
Bomb it Down (sci-fi Mech) by Rezzy64
Gateway to Meikyuu by sheska
Aerea - land of the Tree by khadar747
He Holds the World in his Fingers by Rezzy64
Numbers by gaelanisdabomb
Sweet Queen by Rezzy64
First Divine Light
by yaidoll
(Fantasy, action, mythology.)
Seidai by SetsunaHaptism
(Dark, misc, action and mystery with scifi)
Bloodlust by Baddies-Lover
Delinquent by -eL-
The Darkness of Qularia by Rezzy64
Zodiac Fighters by bibble06
Good Fortune by The_8th_Sin
My Samurai Way by shinsonic23
Kane's Field by SetsunaHaptism
Fallen Man's Deal by Coglock
Project Omega posted by dmitrivalentine
Black Heart by OKIJIN
To the End by Rezzy64

{FEATURE OF THE MONTH}

He Holds the World in his Fingers by Rezzy64

In a normal every day high school, with no strange occurrences, a girl named Mizuki tries to enjoy a normal school life of popularity, friends, fun and some school work on the side with good grades. Everything seemed to go great as she worked her way up to being popular and happy where she is, until she met Tobias. Tobias the unrefined genius of the school. Believed to be somebody who is feared as well as Idolized. Idolized for his extreme good looks but feared for his actions and reactions as a social outcast and his impossible to understand Genius. There are rumors that are heard throughout the school that his genius is able to surpass most peoples understanding of common logic, but that's just a rumor... right?

Soon enough with Mizuki's grade on the line she does something that she never thought that she would ever do. She is forced to work on a big school project with the strange boy. Mizuki follows through so that she can achieve the grade that she needs so bad even though she is forced to work with someone that she wants nothing to do with. With his cold and unfeeling personality he seems impossible to work with but she manages to start working with him on the project that is at hand while dealing with his quirky personality.

As Mizuki continues to work with Tobias, she begins to learn all sorts of interesting things while Tobias talks to her. Some things he says just change her mind a bit, other things he says make her think that there is a whole lot of the world that she is missing out on. As she listens to him more she begins to feel that she wants to know more. More about him, more about the world, and more about herself.
A story filled with mind bending logic, philosophy, psychology, and various experimental shenanigans that will begin to pull their world apart. Follow along on this strange and quirky story about two teenagers trying to understand the world and its purpose.
He Holds the World in his Fingers by Rezzy64

Hiya guys! Surprise surprise! Here's the story news updated as of today August 8th 2009!
The first big news will obviously be that our lovely little writing site has finally been updated! Hooray!
Other news that actually relates to stories;
Rezzy64 has updated He holds the World in his Fingers. Episode two came out on July 23, 2009.
-eL- who as a new comer posted a nice new story for us to read called Delinquent. Posted on July 24, 2009
Also even more from Rezzy64! He released his new story The Darkness of Qularia. Posted July 20, 2009.
Yaidoll is impressing us all with her brand new story, First Divine Light. Last posted Chapter 4 on May 15, 2009.
bibble06 has posted all three chapters of his new series Zodiac Fighters, on May 6, 2009.
Also hooray for The_8th_Sin on releasing another fun new story called Good Fortune. Episode one was posted on March 26, 2009.

Well I think that's all the news I will give for now on the stories and things for Making Anime. I will be glad to edit it once more when we get new episodes and new stories. 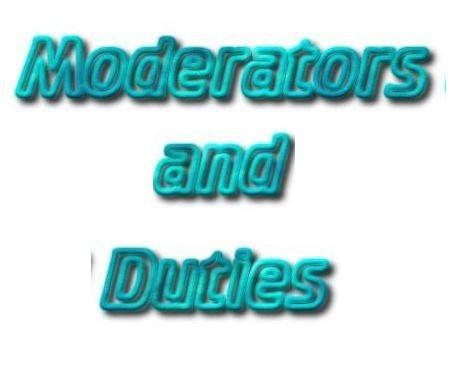 FallenAngel159 is in charge of all of the amazing photos! Every1 be sure to thank her for her great work. :D

Yaidoll is awesome and in charge of the monthly contests, if you have questions regarding the contests, ask her. :D. Again, be sure to thank her. She is also very helpful about everything else that you might need to know about this group. :D

Rezzy64 is our awesome moderator who constantly is in charge of resurrecting our group and keeping track of it's activity. Be sure to thank him for keeping the group on it's toes. :D

The_8th_Sin is another awesome moderator around here. I'm not exactly sure what he does to moderate... but he's very helpful on our group and keeps a lot of our members in line. If you need writing help or anything of that sort be sure to go to him and also thank him for watching over our group so well! :D

Raiden_Stormstrider another great guy on our group who tends to help out a lot with our various group discussions and brainstorming work. If you need help with inventing ideas for your writing masterpiece, he's a good guy to go to. :D

Ichigo-bankai is the creator and supreme ruler of Making Anime. Although he may appear to be inactive on the group, he is merely feigning absence in order to draw his enemies out of hiding. An evil genius with a taste for behind-the-scenes manipulation, Ichigo-dono is not to be trifled with.

<All information not yet collected>


This is where we make our own anime, share ideas, and help each other out. =)


Personally, I am trying to make a sci-fi-ish anime. It will have romance, and i will try to throw in some humor. I started on this anime on March 15th.

Currently, there is just one or more (at Original Art) original pictures, the rest were found on the web, the inspire us how should our charachters look like. Don't wish to give false info.

If there is anyone out there working out on their own anime, we would be glad to help with ideas or just to give feedback. Also if you could all invite your friends to this group that would be awesome. (preferably active group friends)

1) Please stay active!
2) Please regard other comments and posts with respect
3) Please participate in polls
or forums (doesn't take a lot of time)
4)Every member must answer at least one forum post a week (ideas and comments work)
5) Post at least one picture (personal artwork or any picture off the web for inspiration)
6) Post your own ideas if you have any
7) If you do upload picture DO NOT upload into "making anime origionals" If you do they will be deleted
8) And please have fun!

And finally, to get 450 photos uploaded *YAY PICTURES!*
So you don't get lost, the pictures don't appear on the main group page anymore because we put them in folders to make it a bit neater instaed you may locate them in "more picture" under the groups main picture. You will also find there "upload pictures" and more!

Heaven or Hell! Duel One! Fight!

1) New Forums are being posted with stories, these include, khadar747's, Cloudchaser's/SoundWaver, The_8th_Sin's, yoyok121204's, yaidoll's, Halo_Capella's, AkanaYukinai's, itachi643's, Havek_Reekel's, MilicentPottywinkle's and mine, Ichigo-bankai. Also a forum for birthdays has been posted, so please post your birthday so we can get it on the page. And please check out the Writers Committee forum to see if you would like to join or would like help. =) Thanks
2)The contests are being reopened! Please Participate, show your stories and your artwork, (May not use existing anime /story/manga which u are posting, sorry. Must be a short story, but this short story can include anything. Keep it appropriate please. xD) 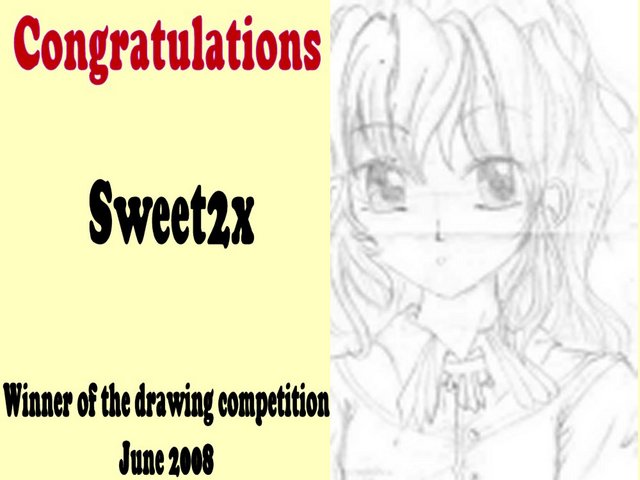 We are currently still looking for other similar groups, if you know of any, please let us know so that we can add them here. Thanks.

Well here it is, not to many adjectives because it will hopefully be an anime so their will be pictures, but I am not so sure how that will fly, so i might just turn it into a story, but who knows?!

Oh and if any1else out there can draw that would be great. Ichigo will be posting what he has of the story on shortly, hopefully by the end of the night. Thanks for joining.

We love all our members so we are here to make sure we appreciate each and every one of you by celebrating your special day.!


Happy Birthday to You!