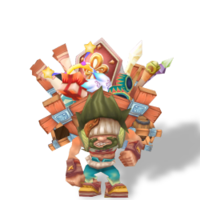 Welcome To The World Of Rp

The world of Madrigal is a large place to roam, consisting of four continents they each have their own unique features.

How it all began.. The Prologue

Chapter 1 : The Genesis
Internette was the universe where inexhaustible energy was overflowing, and Rhisis was the God of all Gods who ruled Internette and created a new paradise where there was no agony, feud, pain, etc.

In this new world there was absolute peace.

Chapter 2 : Invisible Aperture
Rhisis was very pleased for the new world was developing the way he wanted at that time. One day, Iblis, the God of Wind, suggested to Rhisis that he give the human beings something interesting. Progressing with this idea, Iblis created a new creature which looked similar to himself and named it Iblis. The duty of the new Iblis creature was to entertain human beings. However, there was one important thing which Iblis failed to notice - that the new Iblis had its own will.

Chapter 3 : The War of Neo Genesis: "Clawless"
The new Iblis started to have doubts about the new paradise and then began to distrust the Gods. Finally, the new Iblis seperated itself into three parts.

Iblis of Nothing
Bubble of Good
Shade of Evil
Iblis, Bubble, and Shade created a new world which was similar to the paradise which Rhisis created, and transferred everything from the paradise into their new world. Rhisis came to know of this afterwards. He became angry and tried to destroy the new Iblis. But the new Iblis became aware of Rhisis' intentions and declared war against the gods. The war was so great that it rocked the worlds and struck a mortal blow to the whole universe. The paradise which Rhisis created was now destroyed and it was impossible to restore it. Also the world of Iblis, Bubble, and Shade was broken into 6 pieces. Rhisis, who was defeated in the war, disappeared, and the pieces of the broken world were named Madrigal by Iblis, Bubble and Shade. This later became known as the War of Neo Genesis: "Clawless" - and there has never been and will never be another war like this in the future of Madrigal.


Chapter 4 : The Continent of Chaos - Madrigal
There was nothing left in Madrigal due to the big war, Clawless. Therefore Iblis, Bubble, and Shade planted new seeds of life. However, these seeds were different from the ones that Rhisis planted, and they were very unstable. There was confusion, and the feuds in Madrigal began to rise slowly. However, people from other worlds started to flock to Madrigal and made the seeds bloom. Everyone in Madrigal refers to these people as Alien.


A map of the world 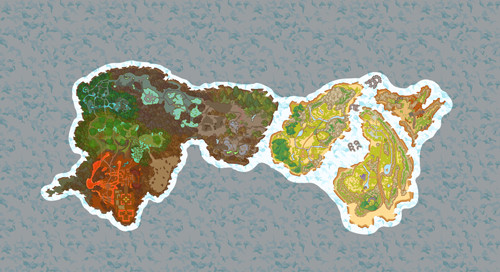 Places In world you can visit