My Hero Academia: A New Hope 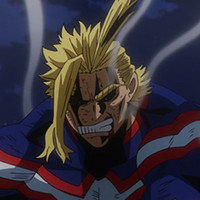 An old master approaches a dark figure. Both are immensely powerful, but the old master has definitely seen a loss of strength since his glory days. They are watched by younger heroes, heroes that are still adjusting to their new roles as people that are gonna protect humanity and goodness and cute puppies. The old master and the dark figure fight, and the fight is...okay. It feels slower than the fast paced action that you're used to, and it's a bit jarring. You expect the earth to basically crack in half when these two collide, but instead the dark figure shows a lot of dominance and the old master seems like he can barely keep it together.

But in the end, the old master accomplishes his goal. His drive and his mission have been passed on to the young heroes and he can move into a role that is nothing but pure mentorship, where he dispenses advice and the most physical activity he gets is putting a reassuring hand on your shoulder. But still, he seems like a ...ghost of his former self. 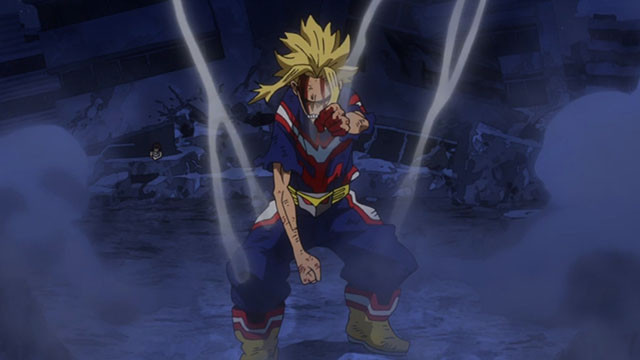 Okay, I'm sure that, at this point, you can guess that I'm talking about the battle of All Might for All For One in My Hero Academia, a fight that divided fans between those that were into it, and those that expected it to be the most epic brawl in the history of muscly dudes trying to rearranging the teeth of other muscly dudes. But I'm also talking about the duel between Darth Vader and Obi-Wan Kenobi in 1977's Star Wars Episode IV: A New Hope. That fight also tends to divide fans because, on one hand, it's a fight between an old hermit and a wheezy robot. Of course it's gonna move like pudding. On the other hand, lightsaber battles, even those in the original trilogy, are full of so much ferocity and intensity and Kenobi looks like he's considering a nap during it.

Honestly, I was in that second camp for a little while when it came to the MHA battle. I sometimes wish that MHA was a weekly series, if only because that fight between Deku and Muscular should've lasted for, like, 8 episodes. And the All Might/All For One match felt too short and too undramatic. I had (falsely) imagined that this was the fight that My Hero Academia had been building to, rather than it just being a fight that needed to happen for an important reason. In short, I built it up to be more that what it was supposed to be, which is All Might's final gig before passing his torch.

I'd also had the same thoughts about Kenobi vs Vader. See, they'd already had their big, climactic duel in Revenge of the Sith, just like All Might and All For One had their big, epic duel before MHA officially began. The height of Vader and Kenobi's intertwining stories was over, but I felt like I was owed more because, again, just look at Luke vs Vader in the next movie. Vader throws machine parts at Luke and cuts off his hand and both guys are constantly knocking each other around different levels of Cloud City. It's like a video game boss fight where, once you beat Vader in the carbonite chamber stage, you gotta beat him in the hallway stage, and then you gotta beat him in the big, open air, catwalk thing stage.

So where are all of Kenobi's sweet moves? Where are all of All Might's smashes? I know that he can't use his quirks for very long, but again, I was coming at it from the wrong angle. I was coming at both expecting the end, when I should've realized that both fights are meant to signal a new beginning. A new...hope? Ehhhhh? 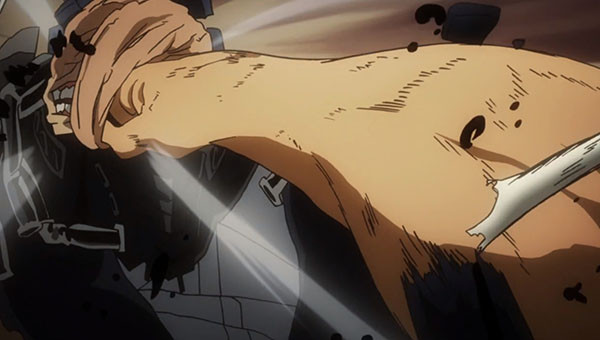 And overall, the main point of Kenobi and All Might's stories is to prove how it's not their story anymore. All Might is so cool, and I love seeing him smash stuff and I'm probably gonna go watch My Hero Academia: Two Heroes after this because he smashes a lot of stuff in the end of that movie. And Kenobi is super sweet, and I like when he flips over Darth Maul and cuts him in two, and I also think that if I invited Ewan McGregor to a barbecue, he'd come. But by the time Kenobi and All Might get to their respective final battles, they're not battling for skill points. They're just battling to ensure that the next generation has a shot. Which makes their fights less thrilling, but infinitely more meaningful.

So yeah, maybe go watch that episode of My Hero Academia again with that in mind. Or just watch the whole show again. Season 4 doesn't come out until October 2019, so you have plenty of time to rewatch it and then tell me I'm wrong on Twitter.

What did you think of the fight between All Might and All For One? Are you a Star Wars fan? Should there be an awesome Star Wars anime? Let me know in the comments.

Daniel Dockery is a writer for Crunchyroll that loves talking about anime and Spider-Men on Twitter.