As their battle moves towards a bloody climax, let's celebrate the champions of this year's magical GRANBELM! 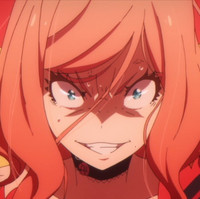 Hey all, and welcome back to Why It Works! A few weeks ago, I wrote an article gushing about the clever uses of color in this season’s GRANBELM. I felt pretty good about that article, but in retrospect, I may have been burying the lede just a bit - after all, “interesting color work” is rarely the most convincing pitch for watching a show. But that’s a shame, because GRANBELM is one of the most thrilling and action-packed shows of the season. In fact, I’d go so far as to call it my top action show of the season, offering a story that falls somewhere between Fate/Zero and Madoka Magica, full of beautifully animated mecha combat, and helmed by the talented director of Re:Zero. 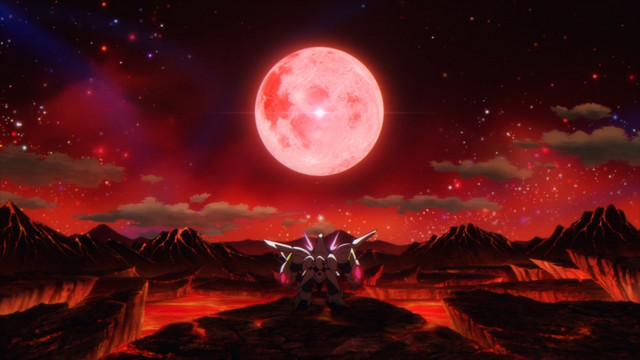 GRANBELM centers on a group of young mages all competing to win the titular GRANBELM tournament, as painful histories and unique powers clash on and off the battlefield. In the real world, these champions are a group of talented, troubled young women with messy personal histories; in the GRANBELM, they pilot beautiful mecha known as Armanox that serve as living embodiments of their strengths and personalities. It’s a battle royale, basically, and there’s no better way to sell a battle royale than to hype up its contestants. So without further ado, let’s break down the magical champions of this year’s GRANBELM!

Key Quote: “There’s no way you can defeat me.” 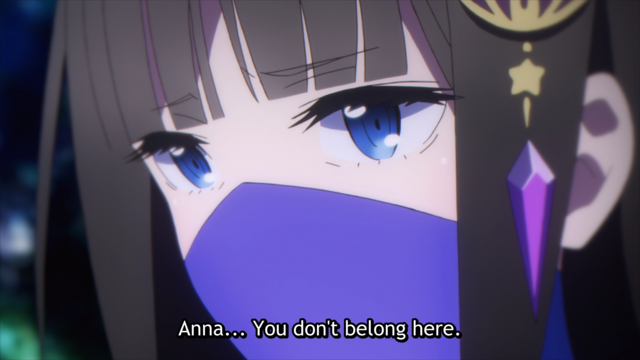 Having recently returned from Germany to Japan, plentiful mysteries surround the black-haired Shingetsu, from her revolutionary motives to her history with the proud Anna Fugo. What is abundantly clear is her magical power; adept at both close and long-ranged combat, Shingetsu’s control of her Armanox demonstrates both a keen understanding of tactics and a profound degree of magical strength. Shingetsu’s cold confidence and obvious strength make her one of the clear frontrunners of this year’s magical melee! 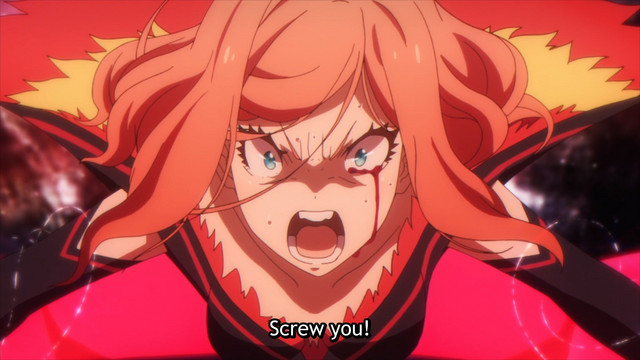 As the representative of the prestigious Fugo mage family, Anna is bearing a heavy responsibility. But Anna seems unconcerned by the weight of her duties; instead, her commitment to the GRANBELM is centered on her passionate hatred for Ernesta, the kind of fiery hatred strong enough to consume your whole identity. Anna might not be the Fugo’s most talented mage, but what she lacks in raw ability, she makes up for in furious passion. Her fire is perfectly embodied by the royal red Aconite Gris, an Armanox capable of both brutal physical exchanges and scorching magical attacks.

Key Quote: “Toying with people’s hearts is so much fun.” 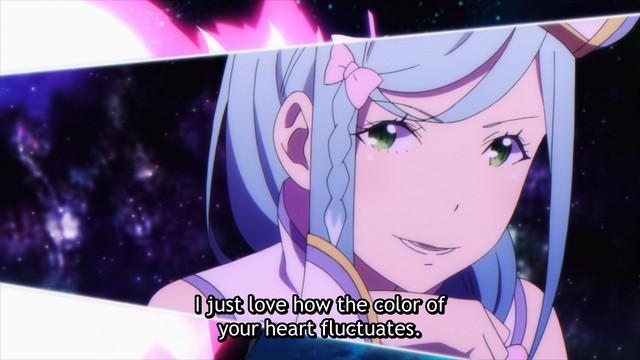 Though she’s ostensibly an apprentice of the Fugo family, Suishou seems to only truly be loyal to her own desire for amusement. Casting a poisonous pall over the GRANBELM, her needling comments wear on the hearts of her competitors, all to sate her own ravenous appetite for suffering. Suishou’s Armanox mirrors her facade, a hermit crab-like robot that’s quick to hide in the shadows, only to resurface with a dagger and a smug smile. Don’t turn your back on Suishou. 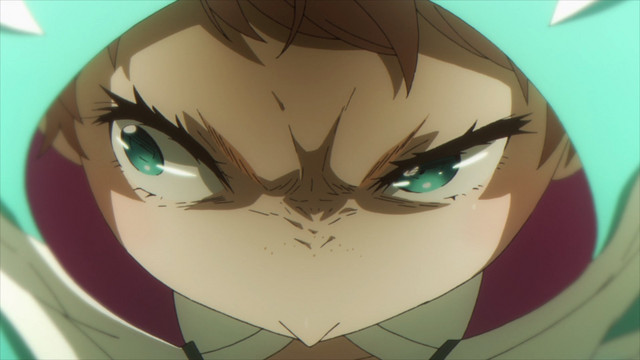 Another apprentice of the Fugo family, Rosa seems to take more directly after Anna, both in her mannerisms and magical powers. Rosa is determined to surpass the Fugo’s eldest daughter, though her anger and ambition can’t match the sheer magical power of her competitors. Rosa relies on her summoned Winglings in battle; for all her bluster, she’s well aware she can’t match this tournament’s heavyweights in a true duel. 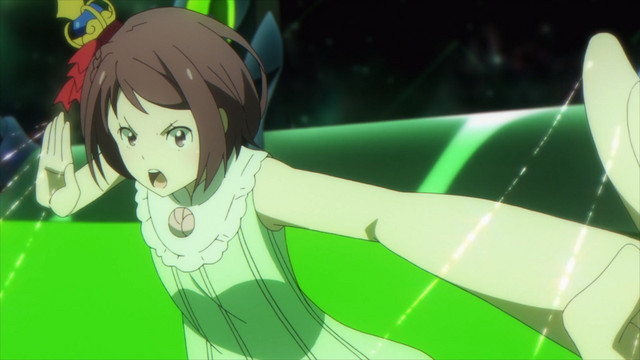 Having inherited her mother’s Armanox and her sisters’ dreams, Nene fights passionately on behalf of her whole family. Nene is guided in battle by her two sisters Nana and Mimi, who collectively make use of Ji Guan Long’s stealth features and long-range siege capabilities to utterly dominate the battlefield. However, Nene herself is a talented martial artist, and when her enemies approach, she’s ready to demonstrate the skills and spirit that brought her this far.

Key Quote: “Give my sister’s soul back!” 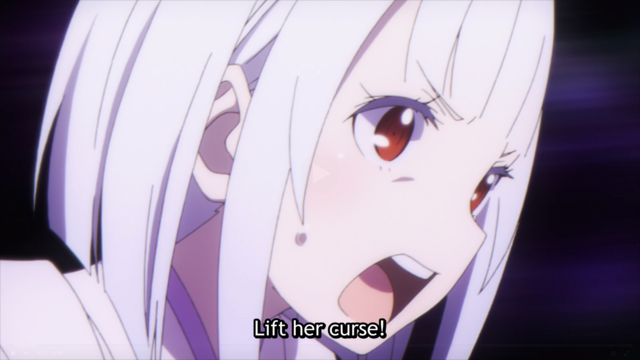 A quiet and sensitive girl, Kuon participates in the GRANBELM for one reason: to break the curse upon her sister. Kuon has little interest in proving her supremacy as a warrior or mage, and is willing to make whatever alliances might propel her towards the end of GRANBELM. In spite of her single-minded focus, Kuon is also quite a fighter; her Setgetsu Baika uses its fans and speed to create afterimages, ferociously attacking from the last angle you’d expect. You don’t need to be the strongest if no one can touch you!

Key Quote: “I’m not good at anything. But… I kinda want someone to notice, you know? That I’m here.” 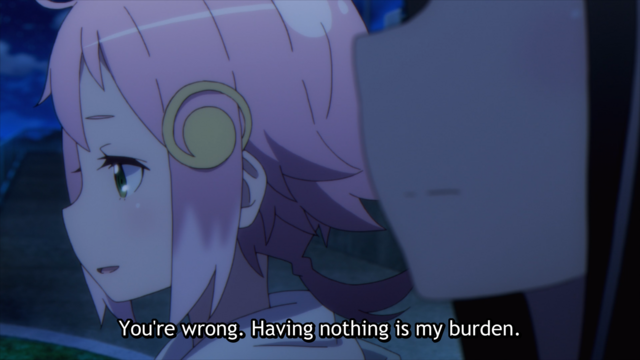 The latest addition to the current GRANBELM, Mangetsu’s qualifications for this tournament are a mystery; she hails from no established mage family, and appeared on the battlefield seemingly without even trying to. In spite of this, Mangetsu has quickly established herself as a formidable power, relying on key alliances and White Lilly’s profound strength to defeat rival after rival. Fighting not for any dramatic personal goal, but simply to prove her own identity, Mangetsu is one of the most dangerous contestants in GRANBELM; a fact even she has yet to fully understand.

That covers the spread of remaining contestants, as we move towards the endgame of this year’s cataclysmic GRANBELM. Who will rise, and who will fall? Which treasured dreams will be realized, and what hopes will be shattered in the dust below?

Let me know all your own favored contenders in the comments!