Poets and detectives in the same line of work? It's more likely than you'd think 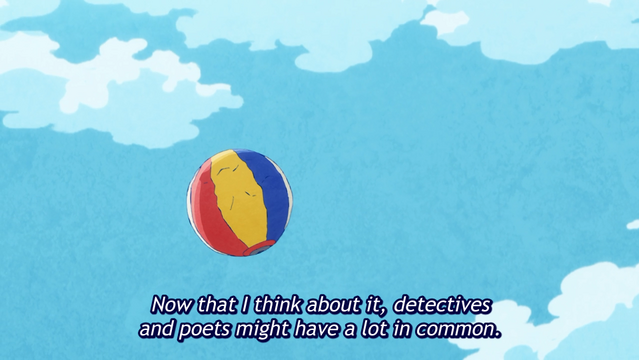 The fictional version of Takuboku Ishikawa is a peculiar guy. The eccentric poet is always doing something that seems out of the ordinary, which at times causes problems for his linguistic friend Kyosuke Kindaichi. This is especially prominent in the first episode where the two of them get wrapped up in a murder investigation. Near the end of the episode, Ishikawa says something astute that relates to his own profession. “Now that I think about it, detectives and poets might have a lot in common.” For two different forms of work, that might seem like a strange thing to say, but is it? Are poets and detectives truly similar and if so, how do they relate to one another?

It can be hard to imagine today, but during the time of Woodpecker Detective’s Office and the years leading up to it, poets were celebrities. In some eras, they were essentially rock stars with their demeanor and debaucherous ways of living fast and dying young. Nowadays, other forms of entertainment and writing have pushed poets from the limelight but poetry is still a skill that is looked upon fondly. Even if you’ve never studied poetry or know very little about it, you can come up with your own preconceived notions on what that writing style is about. 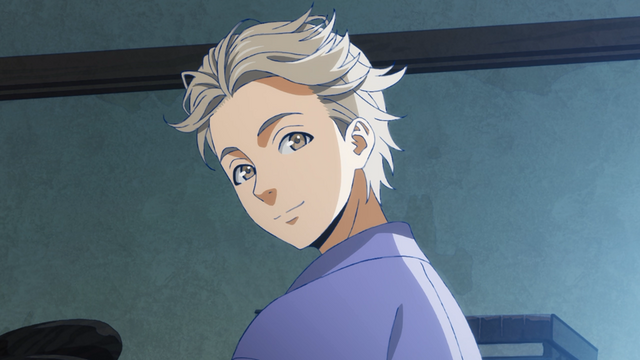 So, how exactly could a poet be similar to a detective? A poet, like any other storyteller, has to be able to paint a visual picture for a reader by only using words. Along with that, a poet has to be incredibly observant of their surroundings. While their minds and hands are their two biggest weapons, a poet’s eyes are easily their next best tool to help tell a story. Most eras of writing have these specific periods where this was a focus, such as the early parts of European Romanticism and American transcendentalism. Poets love to go out into nature and tell you how that makes them feel.

If a poet’s eyes are a huge aspect of their profession, then they would certainly have something in common with a detective who also has to utilize their power of observation to unearth clues and be able to figure out if someone is lying to them or not. In the same way that a poet could describe the perfect hillside out in the country, a detective would be able to tell you about a crime scene in specific detail. Of course, anyone can look at something and draw conclusions, but these two professions can do it at a higher level than the average person. 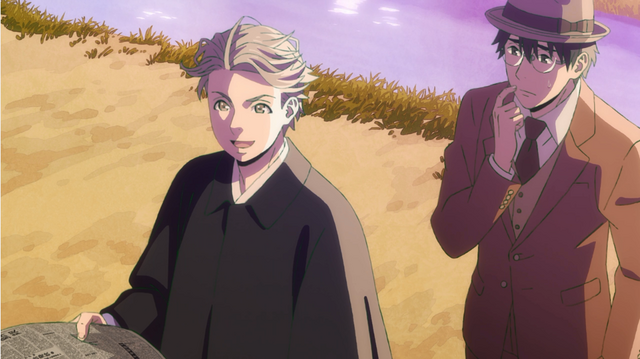 Ishikawa having the idea that these two forms of jobs could be similar is something that doesn’t seem too far out of the realm of reality. A good poet is going to have good reasoning and deduction skills, so it wouldn’t be surprising to see someone like Ishikawa think that they could just waltz into that line of work and be successful at it. He’s certainly able to do so in the first episode and usurp the police into going along with his line of thinking. Plus, in an age that did not have the same kind of technologically advanced methods of crime scene investigations that we do now, it probably wouldn’t be too difficult to just have a good mind and be observant to make your way as a detective or private investigator.

What makes Ishikawa’s observation and then the subsequent idea of opening a detective agency ironic is that he’s essentially doing the same thing that a lot of people do when they look at poets. They think it’s a form of writing that’s easy to do. Now, I’m sure some of you have attempted to write poetry at some point in your life, and it probably didn’t go as you planned. Poetry is hard. It’s constrained and twists you with its rules that make it difficult to come up with something that’s even decent. Through the different forms such as haiku, iambic pentameter, or traditional rhyming, it’s much harder to get your point across when you can’t write a sentence normally. You’ve got to choose your words carefully and precisely. If I attempted to summarize this piece’s initial question into a very basic haiku in English, it’d look something like this:

A poet, a detective,

Or simply a fool?

As someone who only knows the bare minimum when it comes to haiku writing in English — and most of that comes from watching Senryu Girl — (is that good?) I certainly couldn’t tell you, but it serves as an example of how poetry is difficult regardless of which style you try to utilize. It’s the same thing when you look at detectives. Just because I watch enough crime dramas or can be very observant in my everyday life, does that mean I could go solve a murder? Absolutely not. However, it’d be reasonable to think that you can have people like Ishikawa who stumble into one mystery and think they could easily do this, despite the fact that they have no prior experience in police work or criminal investigations. 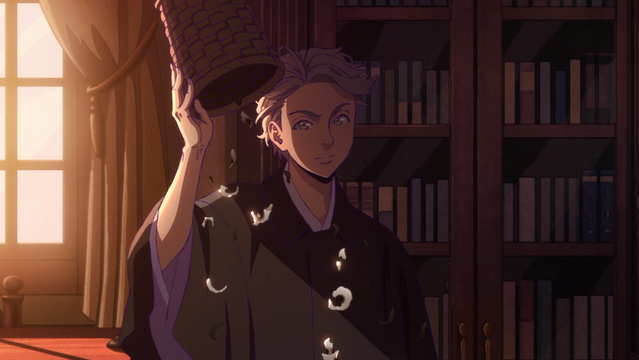 At the end of the day, is Ishikawa’s comparison correct? Yeah, I’d say that he has a pretty good idea of how these two jobs could be quite similar. They’re both reliant on being observant and telling people stories, albeit in different ways. However, I don’t know if that necessarily means there’s true crossover potential between the two. That’s not to say that someone like Ishikawa can’t be both a poet and a detective, but it’s not something that’s going to happen often. If there’s someone that could pull it off though, you’d have to be very eccentric and charismatic as Ishikawa is, and also have a good partner like Kindaichi to tag along with you.

Do you believe Ishikawa's comparison is correct or is he off the mark? Is he the kind of person to be able to crossover into being a detective? Let us know down in the comments below!