The new way to create manga: become a slime 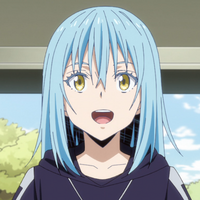 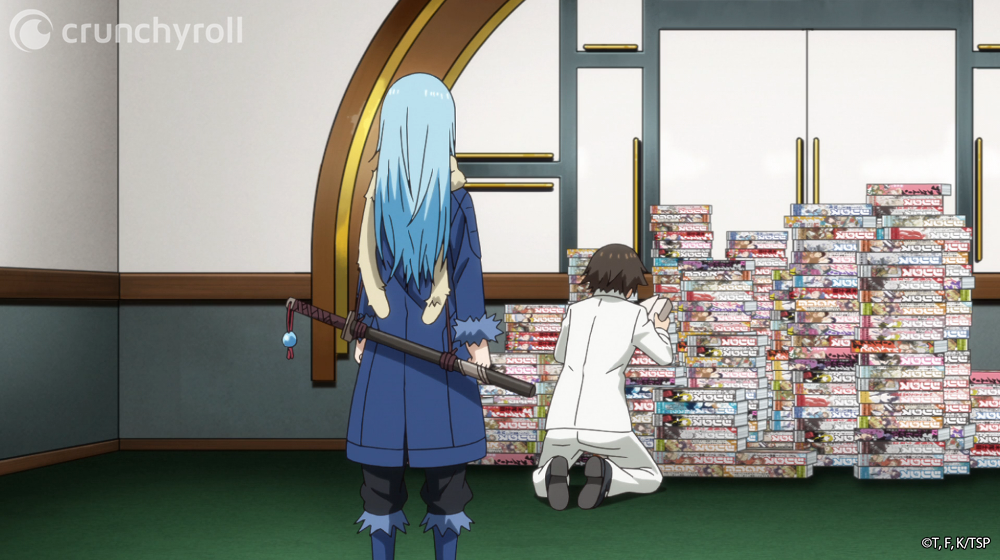 One aspect of That Time I Got Reincarnated as a Slime that’s intriguing to me is the idea of Rimuru creating manga for other people to enjoy. Here’s this form of media that most of the people there have never encountered that opens up a wealth of new stories for them to enjoy and experience. This ability of Rimuru’s raises a lot of questions — these aren’t just simple reprints of manga, they’re recreations from a memory, which is never going to be a perfect 1:1 recreation.

Imagine for a second your favorite volume or chapter of manga. The one you’ve read countless times and could perhaps retell to someone if they asked about it. Now, try to recreate that same manga to your best ability. That’d be difficult, right? It’d be hard to replicate the minute details in the art, the exact wording of the dialogue, or even the placement of each frame. Couple that with the fact that Rimuru is doing this with quite a bit of time removed from the last time they’ve read these various manga and you can get a sense of just how difficult it would be to do this faithfully. 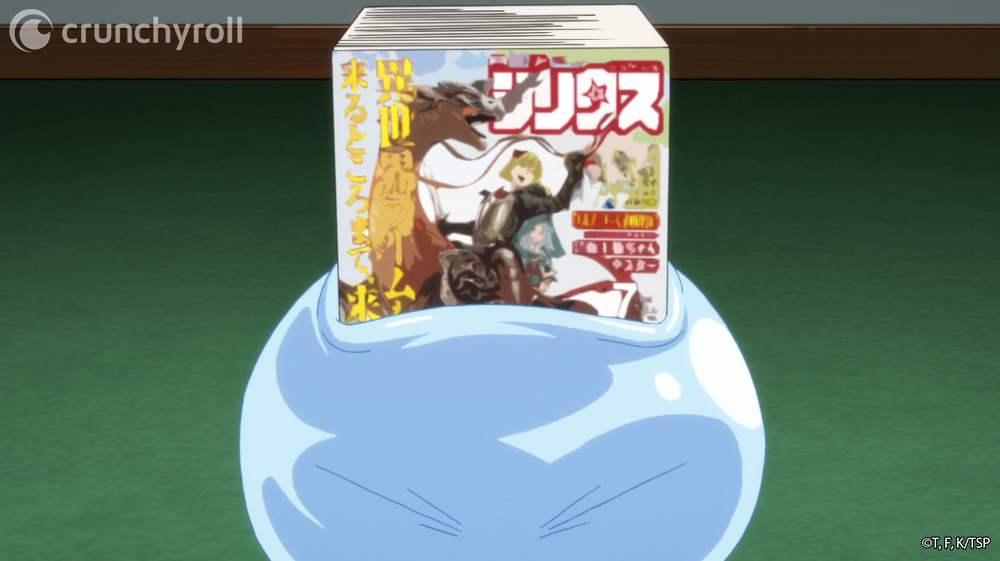 The first time we see Rimuru use this ability is in Season 1. It basically amounts to Rimuru eating some paper and using memories from their former life to spit out a volume of a series Rimuru could recall. It’s a simple process, but one that doesn’t guarantee an exact replica. This might not be such an issue if the time from Rimuru being isekei’d was maybe a few months or so, but it’s been much longer than that, especially by the time we get around to Season 2 and Veldora is getting a bunch of manga to read.

With the way Rimuru makes these volumes of manga, it brings forth the idea of authorial intent. For all intents and purposes, whatever the original author wanted to present to readers becomes muddied because Rimuru is overtaking that position. If Rimuru misremembers something or interpreted a chapter differently, that would become the new way that manga is seen when it is recreated. In fact, you could probably look at this in the same way that very old oral stories used to be passed on from person to person. While the story might remain the same, some aspects here and there would change. How much of that story has been changed the further it goes down the chain? 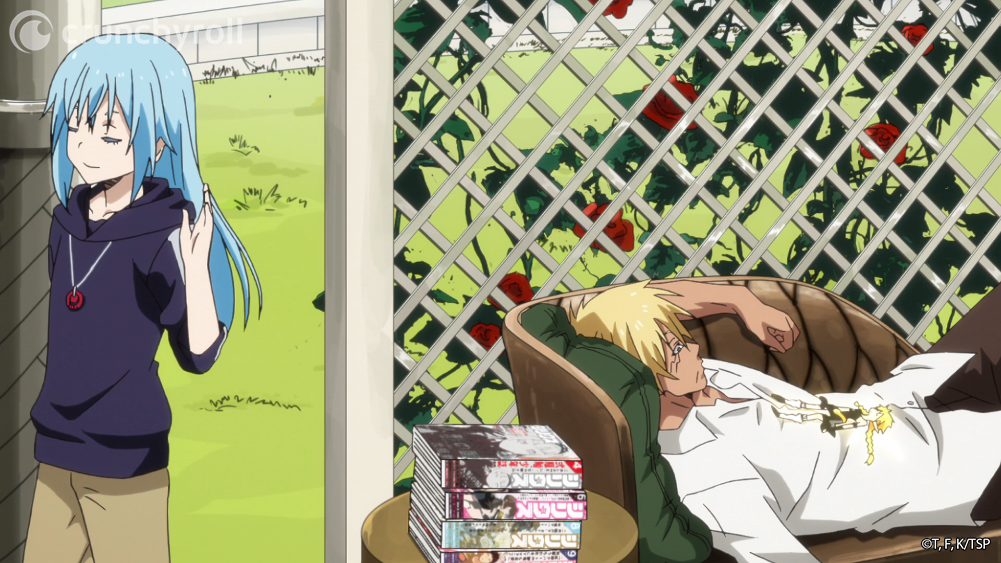 When Veldora crashed into Walpurgis and caused a calamity over the fact that he needed more manga and started pulling off moves from Dragon Ball and Street Fighter, I started coming up with even more questions about this. For example: How far does Rimuru’s run of Dragon Ball go? Is it the original run? Was Rimuru alive when Dragon Ball Super began its manga run? What happens when Veldora reads through everything and wants more?

Perhaps the most intriguing question: What if Rimuru starts creating fan fiction similar to people making their own stories (causing people to believe the rumors that they were true) when Dragon Ball was incredibly popular in the late ‘90s and early ‘00s here in the US? Or, you know, the wealth of fan-made stories for literally every story ever created. It’s a question you could ask of any series Rimuru adapts. 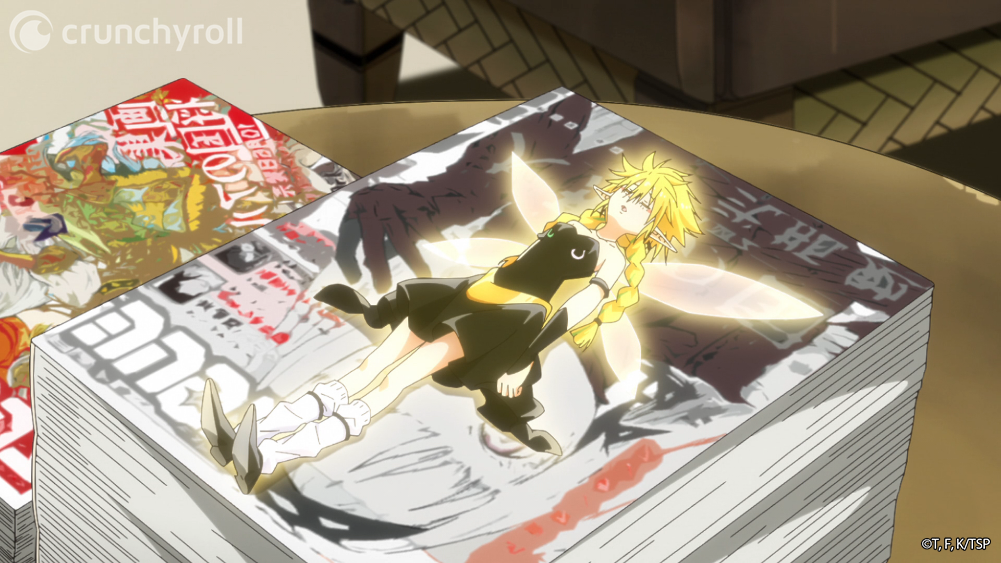 Of course, there’s also another possibility to come out of Rimuru introducing manga to everyone ... What if other people start taking up the medium and creating their own works? Rimuru could give them an overview on how manga is created and give them a wealth of reference material to work with. You’d probably see quite a few tales about Rimuru for sure, but there’d also be a whole host of stories to be told by the denizens of this world that other new manga fans would be itching to get ahold of.

I’d certainly love to see an OVA that explores this more thoroughly. We could see Rimuru having to spend time in their office trying to come up with logical storylines to progress these various manga, all the while Veldora and company are patiently waiting for the next installment.

What sort of series or extended versions of stories would you like to see Rimuru create in the world of Slime? Let us know down in the comments below!

I dieci anime in streaming più visti in Giappone nel 2021