Ridiculously large Variable Excalibur that transports into her royal armor 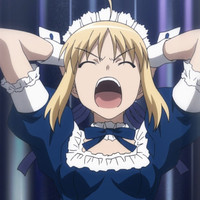 In late October they announced plans for Saber (Artoria Pendragon - in these days of Fate/Grand Order you really need to specify which one) and Super Sonico figures. Now, there's a look at the Fate/stay night figure, with a ridiculously large Variable Excalibur that transports into her royal armor. 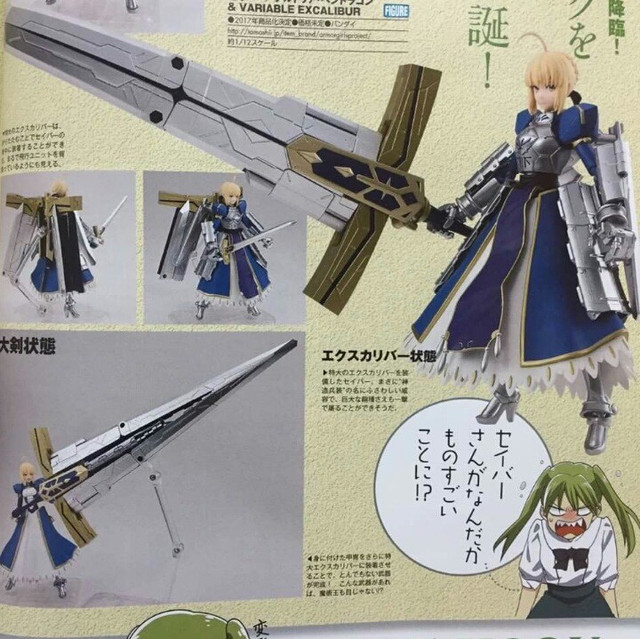 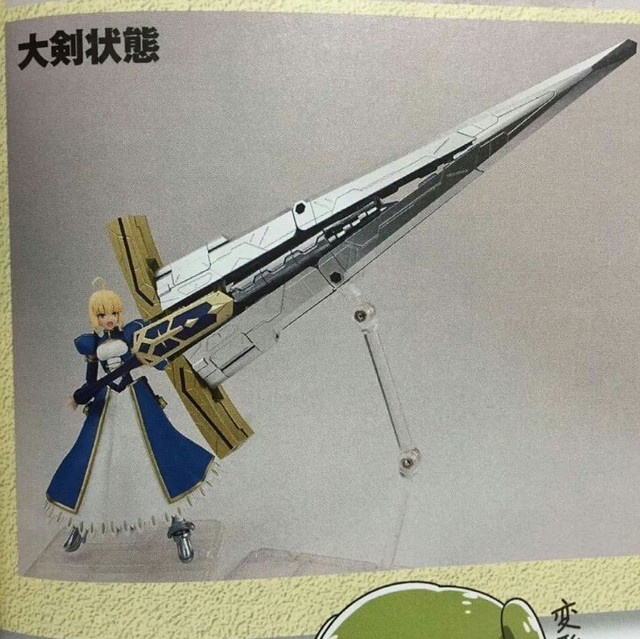 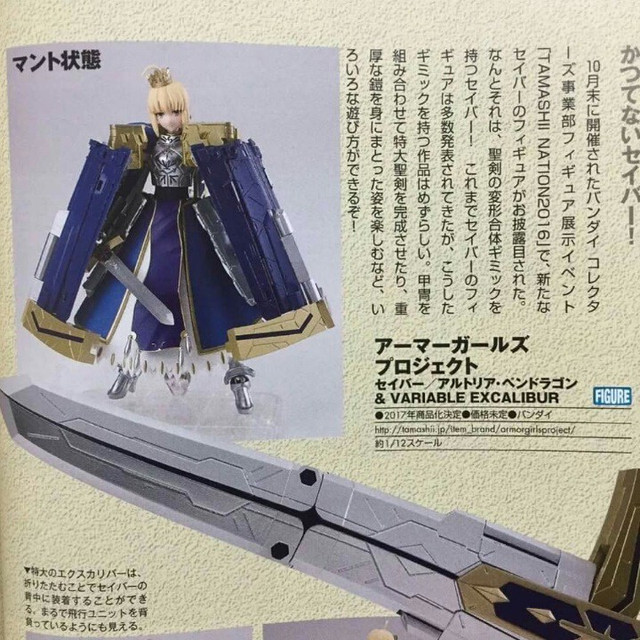 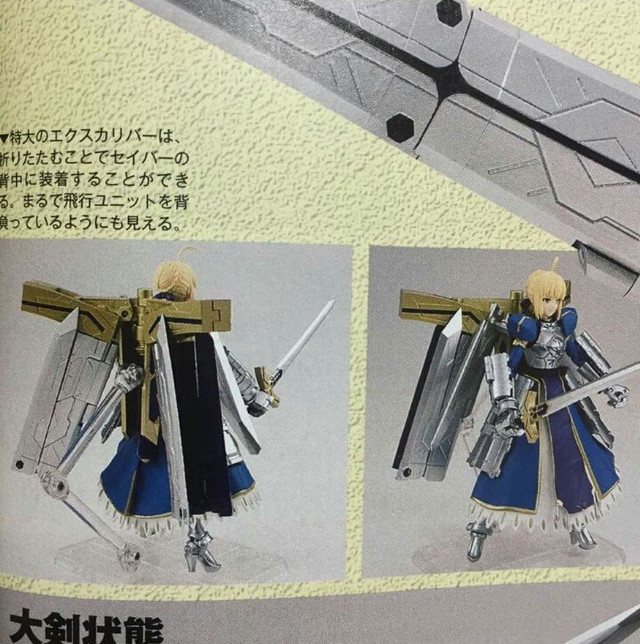