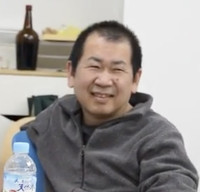 Other than a New Year's message at the top of 2017, Yu Suzuki and the Shenmue III team have been pretty quiet of late. It could have something to do with the fact that they're making a video game, but that didn't stop them from piping up to post another dev room video. Watch as the team debugs, tests QTEs, and meets with Suzuki-san himself below.

You can see the full update on Kickstarter.