Mob Psycho 100 II OVA Hits Up the Hot Spring on Crunchyroll This Week!

Special episode will be available to members on September 24 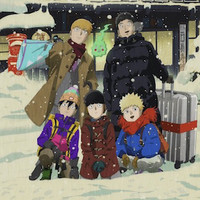 The incredible second season of the Mob Psycho 100 anime adaptation may be in the rearview mirror, but there's still more Mob and co. to look forward to thanks to the new OVA. Mob Psycho 100 II: The First Spirits and Such Company Trip ~A Journey that Mends the Heart and Heals the Soul~ is coming to Crunchyroll on Tuesday, September 24, so prepare yourself for a very special getaway!

Mob Psycho 100 II: The First Spirits and Such Company Trip ~A Journey that Mends the Heart and Heals the Soul~

Mob, Reigen, Dimple, and the newest member of the Spirits and Such Consultation Office staff, Serizawa, take a trip up to a secluded hot spring called Ibogami Hot Springs in Zebra Prefecture. Reigen happened to get a request from the matron there to discover the truth behind the strange rumors going around there and save the inn. Ritsu and Teru also join in on this trip and the six of them head out on this super relaxing trip to the hot spring. But on their way there, Reigen and Serizawa start nodding off on the train and somehow get sucked into an eerie parallel world... 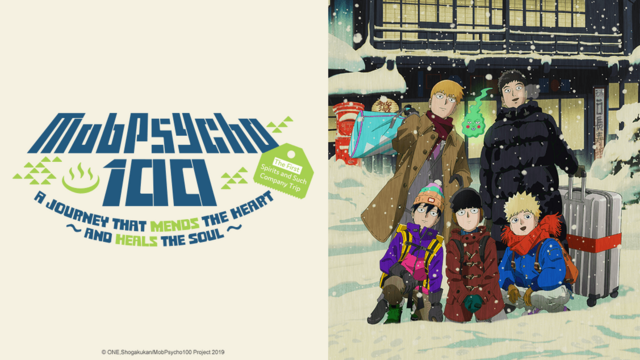