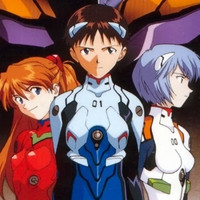 Nagoya-based company XING announced the annual rankings for the most popular karaoke songs of the year 2019 today, which were counted by its online karaoke service JOYSOUND (including its sub-brand UGA) between January 1 and November 30, 2019. JOYSOUND started its service in 1992 and has become one of the major karaoke brands in Japan, offering the karaoke industry's largest lineup of more than 300,000 songs.

The most popular song in this year's anime/tokusatsu/game song category was, again, "Zankoku na Tenshi no Thesis / A Cruel Angel's Thesis," the OP theme for the 1995-1996 TV anime Neon Genesis Evangelion. Even though it was a song released 24 years ago, it still has dominated the annual ranking for two consecutive years. As reported, it was also chosen by JOYSOUND as the most popular karaoke song in the Heisei era (1992-2019).

2 (2). "Himawari no Yakusoku" (Motohiro Hata /Stand By Me Doraemon)

5 (4). "Uchiage Hanabi" (DAOKOxKenshi Yonezu / Fireworks, Should We See It from the Side or the Bottom?)