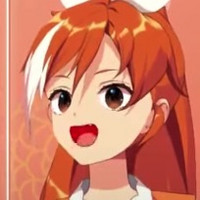 Crunchyroll-Hime recently made her VTuber debut, and quickly hopped on Super Mario Odyssey as her first live-streamed game. Now it's time for something even more dangerous, as Hime takes a stab at diving down deep into the world of Hades.

You'll be able to watch it as it all goes down live on Hime's channel and in the video below starting today at 1:00pm Pacific Time.