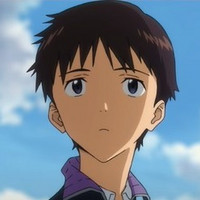 The Hideaki Anno Exhibition has been touring around Japan over the last year, having started in Tokyo in late 2021. Finally, the exhibition landed in Yamaguchi prefecture, the home prefecture of Anno, at the Yamaguchi Prefectural Art Museum
and only a stone's throw away from Ube City, the city Anno grew up in and served as a feature in the latest Evangelion film.

To celebrate the exhibition around the corner and their homeboy, the Yamaguchi Center for Arts and Media is hosting a festival of the Rebuild of Evangelion films as well as Shiki-Jitsu, a live-action film directed by Hideaki Anno set in Ube.

Both Evangelion 3.0+1.0 and the 2000s, Studio Ghibli-distributed, film Shiki-Jitsu are being shown via their theatrical DCP prints while Evangelion 1.11, Evangelion 2.22 and Evangelion 3.33 are the Blu-ray versions of the anime films.

While the Hideaki Anno Exhibition landed in Yamaguchi on July 8 and running until September 4, the Anno marathon starts on August 10 with screenings of Shiki-Jitsu. The Evangelion showings begin on August 17 with more screenings of Evangelion 3.0+1.0 than the others film and with all of them shown in random order until August 25 – except August 19, which has all four films being shown back-to-back.