Film to be released in Japan on November 11 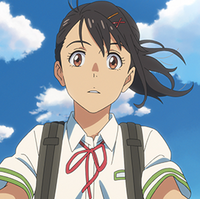 The official social media accounts for director Makoto Shinkai's latest film in Suzume have been updated with a second and final longform trailer ahead of the film's November 11 release in Japan. Along with the release of the new trailer, the official cast list has been released with Eri Fukatsu, Shota Sometani, Sairi Ito, Kotone Hanase, Kana Hanazawa and highly regarded stage actor Matsumoto Kōshirō IX in his second anime film role.

Makoto Shinkai's next anime film, Suzume, is set to open in Japan on November 11, and Crunchyroll is teaming up with Sony Pictures and Wild Bunch International to bring the feature to global audiences outside of Asia in early 2023.