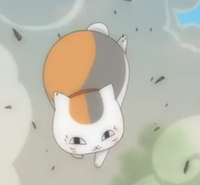 Share this page:
InfoPhotos (25)Reviews (0)Forum (0)Fans (41)Comments (3)
[Edit]
Overview
Eighty years ago, when shinobi were battling as individual clans, not as villages, among a countless number of them, two clans emerged as the strongest: the Uchiha clan and the Senju clan. Madara was also the first to activate the Mangekyo Sharingan.
He had a younger brother, who was equal to him in every way and who also awakened the Mangekyo Sharingan. Together they ruled over the Uchiha clan, with Madara taking the role as leader. But eventually Madara went blind, unaware of any side effects of the Mangekyo Sharingan at the time. He became increasingly desperate to regain his eyesight. No one really knows whether Madara Uchiha murdered his brother and stole his eyes or if his brother gave him his eyes. It is important to keep in mind that, if Madara Uchiha's brother rivaled his power, then it is extremely unlikely that he would be able to have murdered his brother and stole his eyes. At some point in Madara's early life, by the decision of the entire Uchiha clan except for him, he formed an alliance with the Senju clan, Hashirama Senju's clan, and together with its leader, the future First Hokage, Madara founded Konohagakure.
However, after Hashirama was chosen to be the First Hokage of Konoha, Madara feared that the Uchiha clan would lose supremacy and he sought the help of the Uchiha in his challenge for leadership. The Uchiha clan, however, refused, believing he was greedy. None of the Uchiha would help Madara, and he decided to leave the village. Feeling hurt, he came back and wanted revenge against Konoha which led to a legendary battle at the Valley of the End against Hashirama. During the battle, Madara used his Mangekyo Sharingan to take control of the Nine-Tailed Demon Fox and used it in a desperate attempt to kill Hashirama. Madara, however, was ultimately defeated and was presumed by most to have died after the battle. Madara fled, and was never seen or heard of again out in the public for decades. To commemorate the battle, two statues, one of Madara and the other of the Hashirama, were carved into the earth around the waterfall. It is for this reason that Naruto Uzumaki and Sasuke's fight at that location was noted to be ironic.
Madara created the criminal organization known as the Akatsuki to look over problems. He hid behind the shadows and placed Pain as the figure-head leader, with Madara giving Pain orders from the background. Outside of Pain, the only members who are shown knowing Madara's position as the true leader are Konan, Kisame, Zetsu and Itachi.

Madara Uchiha prior to becoming Tobi.
Itachi believes it was Madara himself that controlled the demon fox to attack Konoha, though Madara denies this, saying that the demon fox was a natural disaster. Nevertheless, when he came to destroy the entire village of Konoha in revenge, he met up with Itachi, who had already been assigned his mission to kill his clan. Itachi successfully talked Madara into only killing the Uchiha clan as long as he left the rest of the village alone. Madara also taught Itachi about the Mangekyo Sharingan, helping him by teaching him how to unlock its true power. After Itachi killed off the Uchiha clan because of orders from Konoha, Madara let Itachi into Akatsuki for unknown reasons. Itachi refers to Madara today as "a pathetic shell of his former self, no longer worthy of being called the greatest Uchiha."
It has also been recently revealed that at some point after being presumably killed, Madara took the role of Mizukage.

[Edit]Personality:
Madara sometimes exhibits a very calm and serious personality and at other times he exhibits a playful disposition, especially when in the disguise of Tobi. He speaks with less formal diction, such as not using honorifics, and shows typically "villainous" arrogance. Despite this apparent arrogance, he is not above complimenting the abilities of Sasuke Uchiha and Naruto Uzumaki, if only for the interest of Sasuke's Sharingan and Naruto's Tailed Beast.

Despite his villainous personality, during the first wars he wanted to protect the Uchiha clan and knew that the wars would eventually extinguish it, which is why, when the entire clan wanted it, he agreed on the peace treaty with the Senju clan.

Madara a.k.a Tobi:
To keep in Akatsuki's shadow, Madara eventually took on the disguise of Tobi and was placed within Akatsuki as Zetsu's subordinate. As Tobi, Madara wears an orange mask, with swirls focused around the right eye, that covers his entire face outside of his right eye. Before wearing the swirl mask, Madara wore a similar mask, with markings across it which resembled the hidden mist villages ANBU mask, covering his entire face but the right eye. However, the mask does not bear the symbol of the Hidden mist village.
Furthermore, Tobi has several bolts or pins present on the arms of his uniform, obscured by his Akatsuki cloak. While acting as Tobi, unlike others within Akatsuki, Tobi is carefree and goofy, but Madara uses a very formal and correct manner of speech.
While Tobi greatly respects his other members, referring to Deidara as Deidara-senpai in the Japanese version, most of the other members tend to get easily annoyed by Tobi. Deidara, who believes all within Akatsuki should be serious and calm, is not pleased with Tobi's childish personality, and frequently attacks Tobi in a comedic fashion when annoyed. Kisame, on the other hand, somewhat appreciates Tobi's ability to brighten up a gloomy organization such as theirs.
As Tobi, Madara has not been seen wearing a forehead protector, probably to seal his identity, though he already has a mask covering his forehead, so this could also be why it is not visible. Although, it stands to reason that since Madara hates Konoha, he probably refuses to wear the headband anyway, like Orochimaru and Sasuke.

Abilities:
Most of Madara's abilities are still unknown. But as he was regarded as the strongest Uchiha to ever live, it presumed he has mastered all of his clan’s jutsu and skills. Since the Uchiha clan is known for its fire techniques, it is also speculated that he knows advanced fire techniques as well. Since a young age, Madara was regarded as incredibly gifted not unlike that of Itachi Uchiha. He was also noted to have been born with a particularly strong amount of chakra, which he states due to his "stubborn refusal to die". His chakra was strong even for the Uchiha clan, who were known for having strong chakra. The demon fox mentioned that Madara's chakra was even more sinister than its own.
He was armed with a giant fan during the time of Konoha's founding, which may explain the origin of a paper fan being the symbol of the Uchiha clan. It may also suggest that he had access to wind-chakra and used the fan to enhance his fire jutsu similar to how Temari uses her fan. Madara’s prowess in battle has earned him a reputation rivaling that of the First Hokage, as he is referred to by Itachi as an invincible immortal. Yet he is also referred to as currently "a pathetic shell of his former self". Madara is also the only known wielder of the technique of summoning the demon fox, a being so powerful that it almost laid waste to Konoha until Minato stopped it. Madara was the only person capable of taming the demon fox which was said to only come where human malice collects and festers. He tamed the demon fox by using the Sharingan.
Madara shows the ability to recover from what are presumably debilitating or fatal blows. After being slashed across the midsection by Sasuke's sword, he collapses, only to stand up again a few seconds later and complain about the speed of the attack, and later when Naruto hits him in the back with a Rasengan. The attacks literally phase through him, avoiding damage. He is also seen being hit by Sasuke's Amaterasu but emerging unharmed. It may also be possible that he might the same ability as Sasuke, to make the Amaterasu flames vanish or he could have just teleported the parts of his body that were hit. However, Madara's immortality may not be proven perfect as he suggested that if he hadn't kept Itachi some secret of him, he would have died by the Amaterasu Itachi implanted on Sasuke
Madara also shows the ability to travel long distances within relatively short time-spans, escaping the final explosion created by Deidara and reappearing in Amegakure, then travelling to the Valley of the End all within a very short time span. It is speculated by Kakashi and Sakura that he uses space/time Ninjutsu to instantly send himself or even parts of his body to different locations or some sort of void and instantly bring them back.
During his fight with Naruto and the rest of the 8-Man Squad, Madara demonstrated mastery of space and time Ninjutsu that, as speculated by Kakashi and Sakura, surpassed even the Fourth Hokage. With it, he was able to take head-on a full powered Rasengan by Naruto by having it phase right through him, and also when he escaped Shino's bugs even though they completely surrounded him. With this same ability, he has shown able to instantly teleport great distances.
During Itachi's fight with Sasuke, it is revealed that Madara Uchiha and his younger brother were the first members of the Uchiha to activate the Mangekyo Sharingan, and used its power to take over the clan. After implanting his brother's eyes into his own body, Madara then awakened a new "eternal" Mangekyo Sharingan. The "eternal" Mangeyko Sharingan is a combination of his own and his brother's Mangekyo Sharingan. It gave him access and mastery to his clans’s most dangerous jutsu including a “final and ultimate jutsu” as Itachi stated along with untold amounts of power without the risk of losing his eyesight. Madara's knowledge and mastery of this powerful Dojutsu allowed him to fight on par with Hashirama and it gave him the power to forcibly subdue the demon fox. It was also thanks to Madara's knowledge of this Dojutsu that Itachi learned how to properly use his Mangekyo Sharingan. Madara appears to have immense strength, as he was able to stop Suigetsu's giant sword with a single arm.