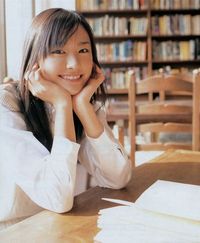 Share this page:
InfoPhotos (54)Reviews (0)Forum (11)Fans (234)Comments (115)
[Edit]
Overview
AKA
新垣結衣
Yui Aragaki (新垣結衣 Aragaki Yui?, born June 11, 1988) is a Japanese model, actress, singer, seiyū and occasional radio show host of Ryukyuan ancestry. She is a well-loved Japanese idol.
Because of her fashion sense and logical personality, she gained a large fanbase in and out of Japan. Her beauty, particularly her smile, is well-regarded in her home country. She is also considered as one of Japan's local celebrities who possess beautiful faces.