Vince Shortino is promoted to EVP, Japan Channels and Arlen Marmel is named Head of the newly formed Marketing and Distribution department 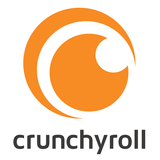 San Francisco, Calif. (April 18, 2014) – Crunchyroll, Inc. announces the promotion of Vince Shortino to Executive Vice President, Japan Channels and the appointment of Arlen Marmel as Head of Marketing and Distribution.  The company continues to build on the success of the global anime video service Crunchyroll and KDrama, the newly-launched Korean drama service, through internal promotions and key new hires.

Shortino has been key in building Crunchyroll’s anime business over his nearly six year tenure with the company.  In his broadened role as EVP, Japan Channels, Shortino is responsible for expanding Crunchyroll’s mandate as the world’s premier service for Japanese content on-demand.  Shortino leads Crunchyroll’s Tokyo office and with his team has licensed more than 500 anime, manga and Japanese TV drama titles.  Shortino is an established digital media and technology executive with experience at Skype, 3Com and Panasonic.

Marmel joins the organization from Hulu where, as Director, Customer Acquisition and Retention, during his four year tenure, he oversaw Hulu Plus’ growth to more than five million paid subscribers.  At Hulu, Marmel led strategy for organic and paid user acquisition, engagement and retention. Marmel has a background in media strategy and digital marketing.

“Vince has been crucial to our success at Crunchyroll as we’ve built the business.  His skills will be key as we expand our Japan focus.  Arlen has unique experience in building subscriber-led digital media businesses and is the perfect fit for our organization as we expand our marketing efforts,” said Kun Gao, Founder and CEO.  “In addition to filling these two key roles, we are also building out their respective organizations with strategic hires and promotions.”

Hwang has been with the company since 2008 and has led the growth of Crunchyroll’s eCommerce business, working to source unique anime merchandise and managing fulfillment operations.

Kawamura has been with Crunchyroll since 2008, at the forefront of Crunchyroll’s marketing efforts.  In his new role he leads the growth of strategic marketing partnerships.

Crunchyroll is a leading global destination and platform for Japanese anime and Asian content. Through applications including Crunchyroll for iPhone, iPad, Android, Kindle, Playstation®3, Playstation®4, Playstation®Vita, Xbox LIVE®, AppleTV, Roku, Internet-enabled TVs, set-top boxes, affiliate websites and its own streaming website, Crunchyroll and its Kdrama service deliver more than 25,000 episodes and 15,000 hours of officially-licensed content from leading Asian media producers direct to viewers translated professionally in multiple languages within minutes of TV broadcast.  Crunchyroll’s majority investor is The Chernin Group, LLC (TCG), a privately-held, independent media holding company founded in 2010 by Peter Chernin and based in Los Angeles, CA. TCG builds, manages, operates and invests in businesses in the media, entertainment and technology sectors around the world.  Crunchyroll has offices in San Francisco, Los Angeles and Tokyo, and is a member of the Association of Japanese Animations (AJA).  More information can be found at http://www.crunchyroll.com and http://www.kdrama.com.