Is there a method behind Oshiyama's madness in "Flip Flappers"? 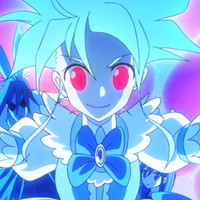 While many anime openly communicate their ideas and messages, there are those on the opposite side of the spectrum which seem like they’re written in Morse code. Although clarity has its place in the visual medium, what drives film – and by extension animation – is often the creator’s or creative body’s voice.

When it comes to the fall anime season, no show has a call that is as distinct and commanding as Kiyotaka Oshiyama’s Flip Flappers. Artistically and ideologically ambitious, Flip Flappers is not the easiest anime to decipher. Much of its premise is still up in the air, and the first two episodes have only exacerbated the mystery behind the phenomena it calls “Pure Illusion”. 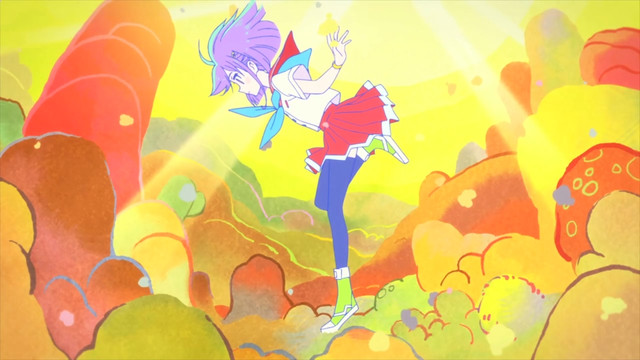 However, as viewers, we’re not completely in the dark. Oshiyama may be new to directing TV anime, but he’s no stranger to telling a story – he just walks a different path than many of his contemporaries. Like his earlier Space Dandy episode, Oshiyama’s ideas are contained within his world design – universes that are foreign and exotic to the audience. As Oshiyama’s background is in animation and not in writing, he takes a more aural and visceral approach to storytelling. Whether it’s the color of the sky or the shape of a landmass, scenery is Oshiyama’s narrative.

The second episode of Flip Flappers perhaps best illustrates Oshiyama’s strength with conceptualizing an abstract, yet thematically pertinent setting. In the episode, the heroines, Papika and Cocona, are sucked into a vacuum cleaner and emerge in a neon world filled with long, protruding structures. If that wasn’t uncanny enough, both girls also grow a pair of rabbit ears, tails and teeth for the occasion. 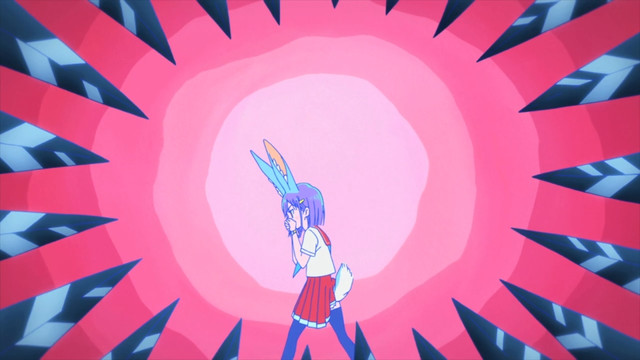 Before long, the girls develop an urge to start biting objects with their rabbit teeth. As embarrassed as Cocona is about her new features, even she is unable to suppress her urges and chomps down on a metallic structure. Meanwhile, Papika obtains another fragment which shifts the world into chaos, trapping Cocona in a cage on a one-way descent into a lava pit. The life-and-death situation causes Papika to awaken to a new power, allowing her to save Cocona and escape from the clutches of the fiery broiler.

So what to make of this absurd scenario? Like the previous episode, much of it was stylized spectacle meant to give form to the heroines’ emotions, as opposed to serving a narrative function. Papika and Cocona’s consequent excitement, curiosity and shock is enveloped by the surreal landscape; a colorful but sedate surface that conceals a macabre vision of an industrialized hell. Papika is overjoyed by the prospect of a new adventure and happily frolics through the bizarre world in search of the fragment. Cocona, on the other hand, has difficulty being honest with her desires and refuses to bite anything – to the point where it seems like she’s suppressing a sexual thirst. 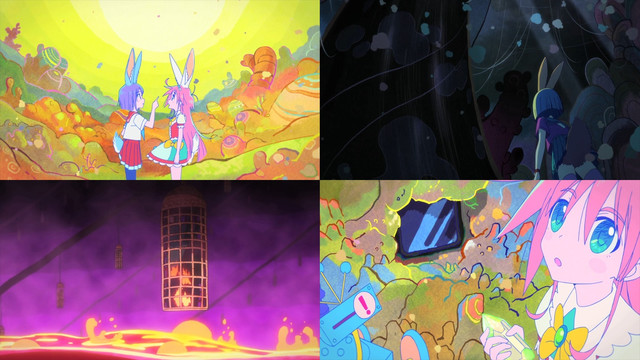 Although the meaning behind Oshiyama’s vision in the second episode of Flip Flappers may be truly incomprehensible, it ultimately isn’t what’s important. If anything, the emotions we as the audience experience while watching the peculiar events unfold are more telling. Were we as excited as Papika by the bright colors and the thrill of an adventure? Or were we taken aback by the oddity – slightly weary but also seduced by the allure of the sensory overload – much like Cocona was? Regardless of whether one loved or hated the ride, Oshiyama provoked a response from us.

The magical girl genre is all about giving form to the heroine's emotions – usually through her magical powers. But Oshiyama takes this genre convention a step further and makes Papika and Cocona’s adventures a manifestation of their emotional states. Unhindered by traditional storytelling, the sky is truly the limit with a show like Flip Flappers. 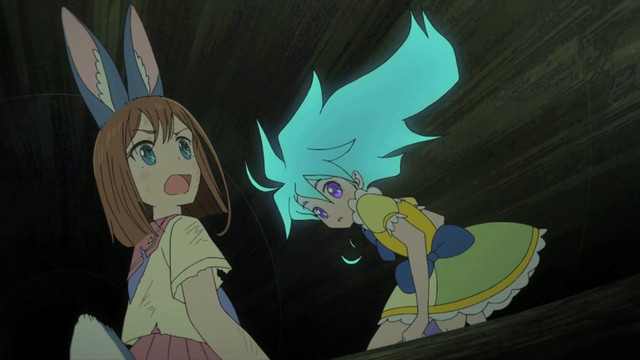 Let us know how the second episode of Flip Flappers made you feel. Are you confused or excited at the prospect of the unknown in the coming weeks?