How does director Kiyotaka Oshiyama play with genre conventions in Flip Flappers? 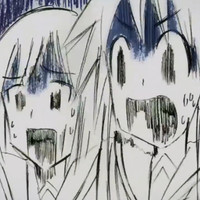 If there’s one thing about Flip Flappers to love, it’s its honest penchant for adventure. Indescribable as it may be, Pure Illusion is a phenomena with limitless potential. Essentially, if director Kiyotaka Oshiyama can imagine it, it will exist on screen. From Nausicaä-esque monsters to Mad Max wastelands, the range of stylistic influences Oshiyama draws upon each episode is vast. Solemn wilderness, magical girl fistfights and now shojo-ai horror – Flip Flappers is a whimsical work characterized by its many conceptualizations. 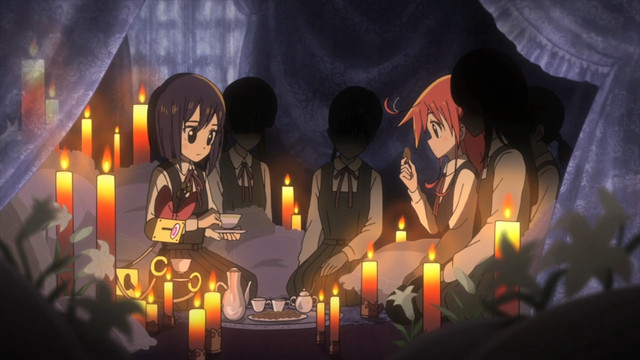 What makes Oshiyama such a flexible storyteller is his understanding of genre as fluid and malleable. When we think of Flip Flappers, it’s difficult to pin the anime down to one specific genre. Papika and Cocona have transformation sequences complete with flashy stock footage, but is Flip Flappers distinctly a magical girl anime? We could rack our brains with the semantics, but ultimately it would result in an exercise in futility.

Rather than work within the confines of a specific genre each week, Oshiyama appropriates their conventions as obstacles to Papika and Cocona’s journey and friendship. The end result is often an uncanny hodgepodge where hammer-wielding magical girls duke it out inside gothic clock towers – but this too, remains a vital piece of Flip Flappers’ identity. Papika and Cocona’s narratives take the form of whatever Pure Illusion universe they’re in, which results in an understated approach toward character growth.

For instance, in the third episode of Flip Flappers, Cocona’s repressed feelings of self-worth and uncertainty transformed her into a mind-controlled drone. The desert battlefield became her stage where explosive action voiced her silent screams and internal turmoil. 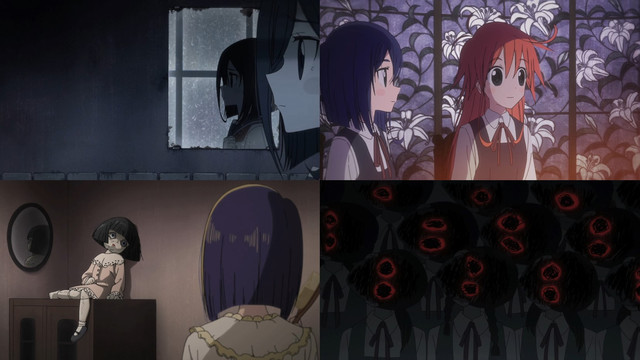 Come the fifth episode, Papika and Cocona descend into a nightmarish vision of a building resembling their school. Constant downpours, dark and decrepit corridors, and a faceless, uniform student body all welcome them into a cycle of confinement. Enticed by the allure of embroidery, hot tea, and sweet treats, Papika and Cocona are lulled into a false sense of complacency.

While pop culture horror stories tend to embellish cheap scares, one element that’s central to all horror works is fear. However, fear does not have to stem from a monster or murderer. Often times, what we fear the most is what’s unknown – and change brings about the unknown. Oshiyama plays with fear toward change heavily in Flip Flappers’ fifth episode, though it’s not from the perspective of Papika and Cocona.

The universe that Oshiyama constructs in this episode flaunts some of the more clichéd elements you’d expect from a campy horror piece: creepy dolls and predictable jump scares. However, all of these elements mesh together to create a claustrophobic reality for our heroines. Under the tranquility of the lily, a prim and proper student body with mannerisms straight out of Maria-sama ga Miteru induct Papika and Cocona into their sisterhood. The two girls quickly conform to the rules of etiquette, mindlessly repeating their routine each day. 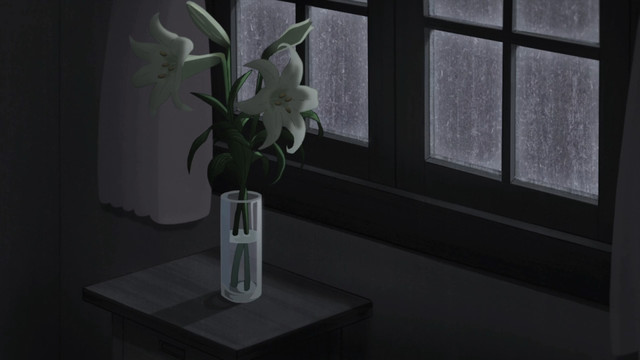 In this case, Oshiyama uses horror not to frighten the audience – though there certainly are a number of scenes that accomplish that – but rather to characterize an oppressive force. The Pure Illusion worlds are often a manifestation of Papika and Cocona’s combined feelings and anxieties. With both girls being in their adolescent years, sexual tensions and a desire for freedom are at an all-time high. As such, a camp horror world that seeks to enforce “proper behavior” is highly fitting.

In many respects, the approach Oshiyama takes with the fifth episode of Flip Flappers is reminiscent of Kunihiko Ikuhara’s Yuri Kuma Arashi. In Yuri Kuma Arashi, Ikuhara crafted a school environment with an aesthetic heavily lifted from the Italian horror film Suspiria. The nightmarish, sickening colors of the building’s interior shaped this inescapable, fairytale labyrinth for the heroines; an otherworldly yet oppressive backdrop to punish behavioral and sexual deviancy.

Ikuhara’s love for theatre plays and horror films defined the early sections of Yuri Kuma Arashi. The deliberate campiness from lightning flashes, jump scares and over the top audio cues all constructed this narrative of fear toward the “hostile” entities – the bears. Perception plays a large role in all of Ikuhara’s works. What is presented to us at first may only be one character’s emotional reality or memories. By twisting events around, weaving in additional narratives and screwing with the preconceived notions of the audience, Ikuhara is a storyteller who uses popular genre conventions to his full advantage.

Though distinctly different in his outlook towards the animated medium, Oshiyama’s Flip Flappers does share some commonalities with the legendary shojo director’s approach. Anime is a pulpy medium saturated with cross-genre influences. Magical girl anime have become more like sentai and kaiju productions over the years – and who is to say even those deemed “traditional” didn’t borrow from other sources as well?

The mark of Oshiyama as a great anime director lies in is his ability to link an emotional narrative to a mishmash of stylistic influences. The intricacies of Papika and Cocona’s adolescence are unobtrusively explored through the climates of these vibrant, fantastical universes. The adventure, the excitement, and the unknown that Flip Flappers brings each week is what makes it so enthralling to watch. 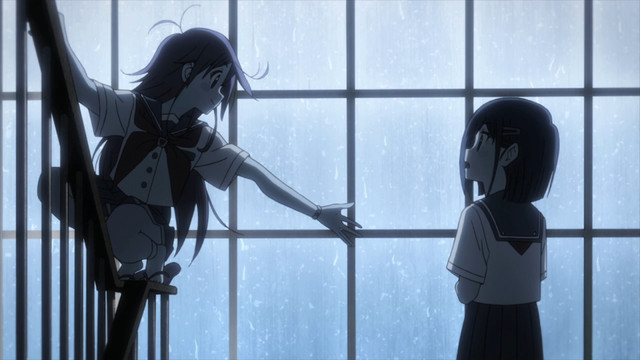 Let us know your thoughts on Flip Flappers' horror episode and genre bending in the comments below!