Our top 10 recommendations for those who want to keep things cozy after the winter! 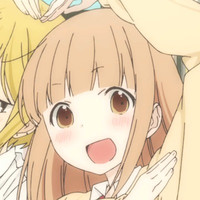 Today marks the final day of our laid-back camping trip with OutClub and it’s time to come home. We may be returning from the great outdoors but there’s no reason we can’t keep things cozy. Although Laid-Back Camp has come to an end, there are plenty of sweet and silly stories to keep us all feeling warm. Below are some of the best slice of life anime has to offer, featuring equally endearing casts and maybe even a little bit of education about the shared hobby that brings them together. 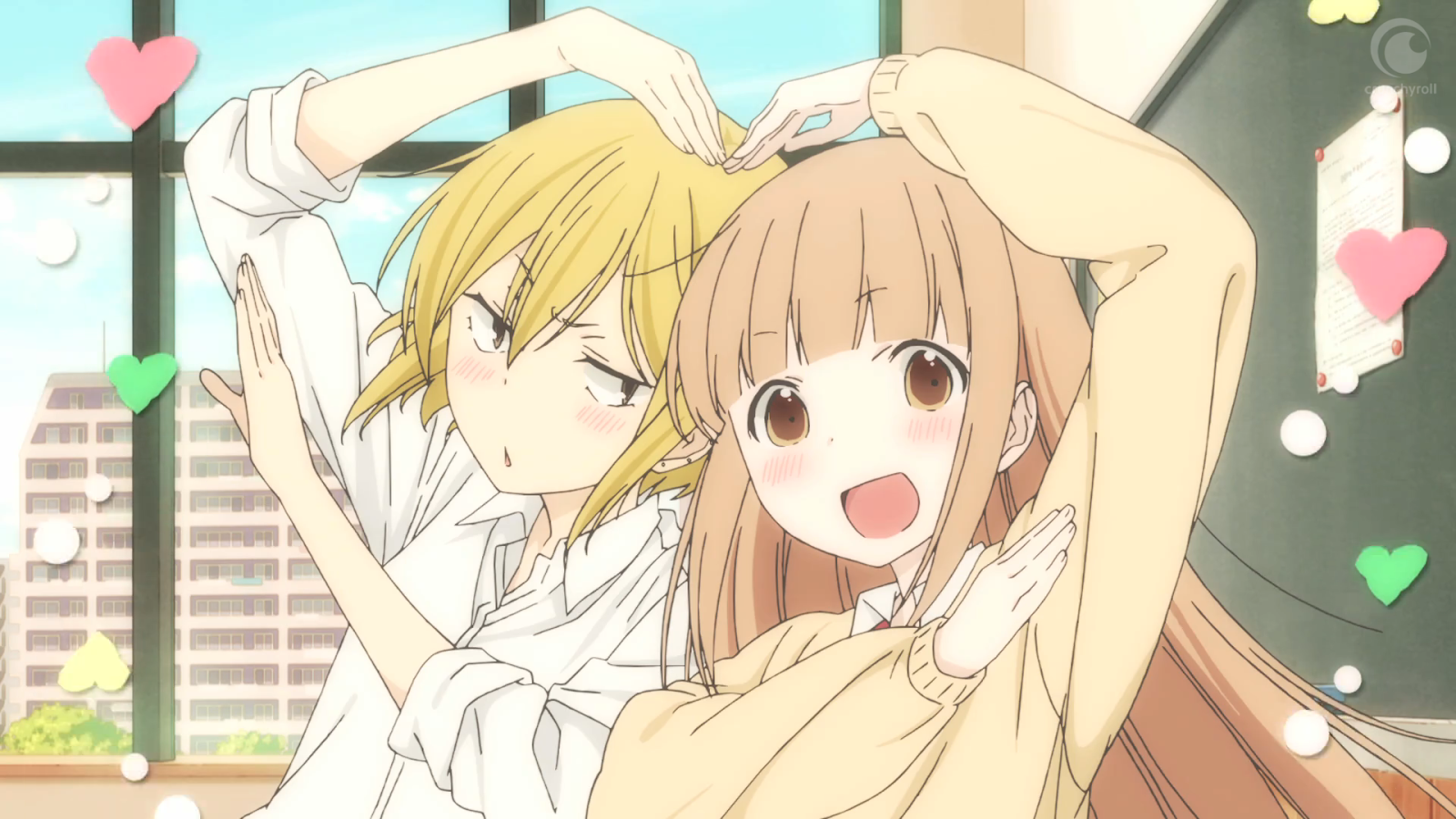 The title says it all. Tanaka is a high school student stricken by an eternal feeling of listlessness that affects his everyday life in unique ways. His best friend and near opposite, the tall and athletic Ohta typically has to carry Tanaka between classes but finds ways to admire even the daily lassitude of his unusual classmate. Introduce the adorable and energetic, Miyano, the wannabe delinquent with an addition to cute things, Echizen, and the school idol with a secret alter ego, Shiraishi, and you have a wonderful cast of characters discovering eccentric ways to confront the bland tribulations of high school life. Tanaka-kun is Always Listless is one of the most comfortable, wholesome, and genuinely funny anime ever made and is guaranteed to replicate that feeling of sitting back and following along that Laid-Back Camp has offered us for the past 12 weeks. 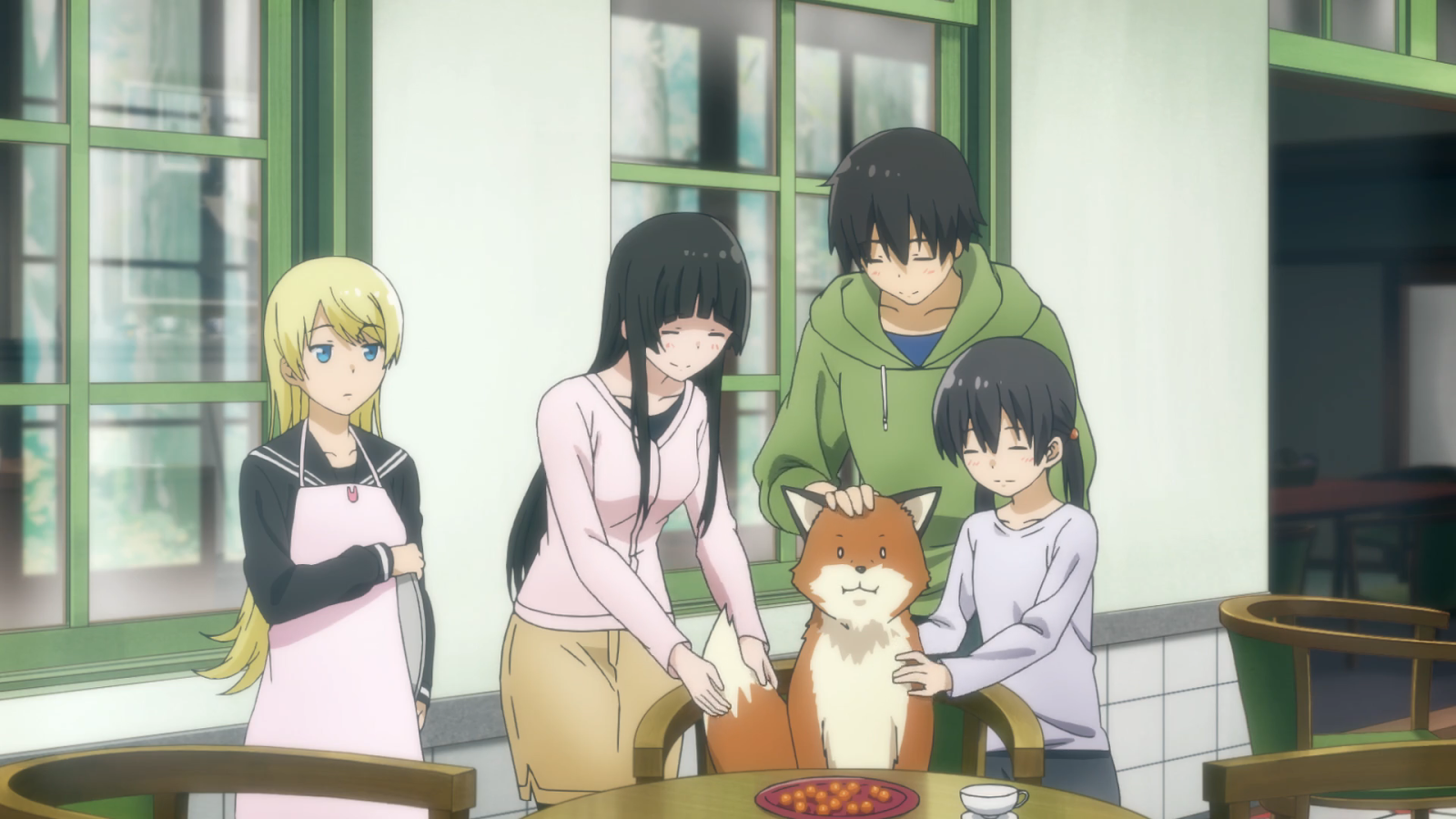 Slice of life meets fantasy in Flying Witch. High schooler and witch-in-training Makoto moves to the sleepy rural city of Hirosaki to live with her extended family, the Kuramoto family, while continuing her studies. It’s a small town so they don’t have many witches out there, leading to a few surprises as her social circle discovers her ability to make potions and fly on a broom. She’s just one of many quirky characters inhabiting the town, however. Flying Witch follows their lazy everyday lives as the youngest of the Kuramoto family, Chinatsu, becomes enthralled with the glimpses of the magical world Makoto affords them. The series is populated by a charming, well-meaning cast that are always looking out for, or poking fun at, one another. Each episode offers new discoveries, whether mundane wonders of their family’s agricultural traditions or magical revelations that lay just out of site in the city of Hirosaki. Futaba is lonely. A new arrival in the small coastal city of Shizuoka, coming from a larger city and leaving behind her entire life, she now has only her phone for company. Uncertain of her ability to make new friends, she nervously enters her first day of school and becomes subject of attention by the most eccentric girl in school, Hikari. Before Futaba knows it, Hikari has pulled her into the scuba diving club room and has her trying on wetsuits to join her in diving. Through her unexpected friendship, Futaba discovers a love of the sea and scuba diving. Joining the club, we follow her education in the finer details of scuba while being introduced alongside her to its advisor and fellow members. A beautiful series about finding new friends, learning new skills, and discovering a brand new world under the waves.

This Art Club Has a Problem! 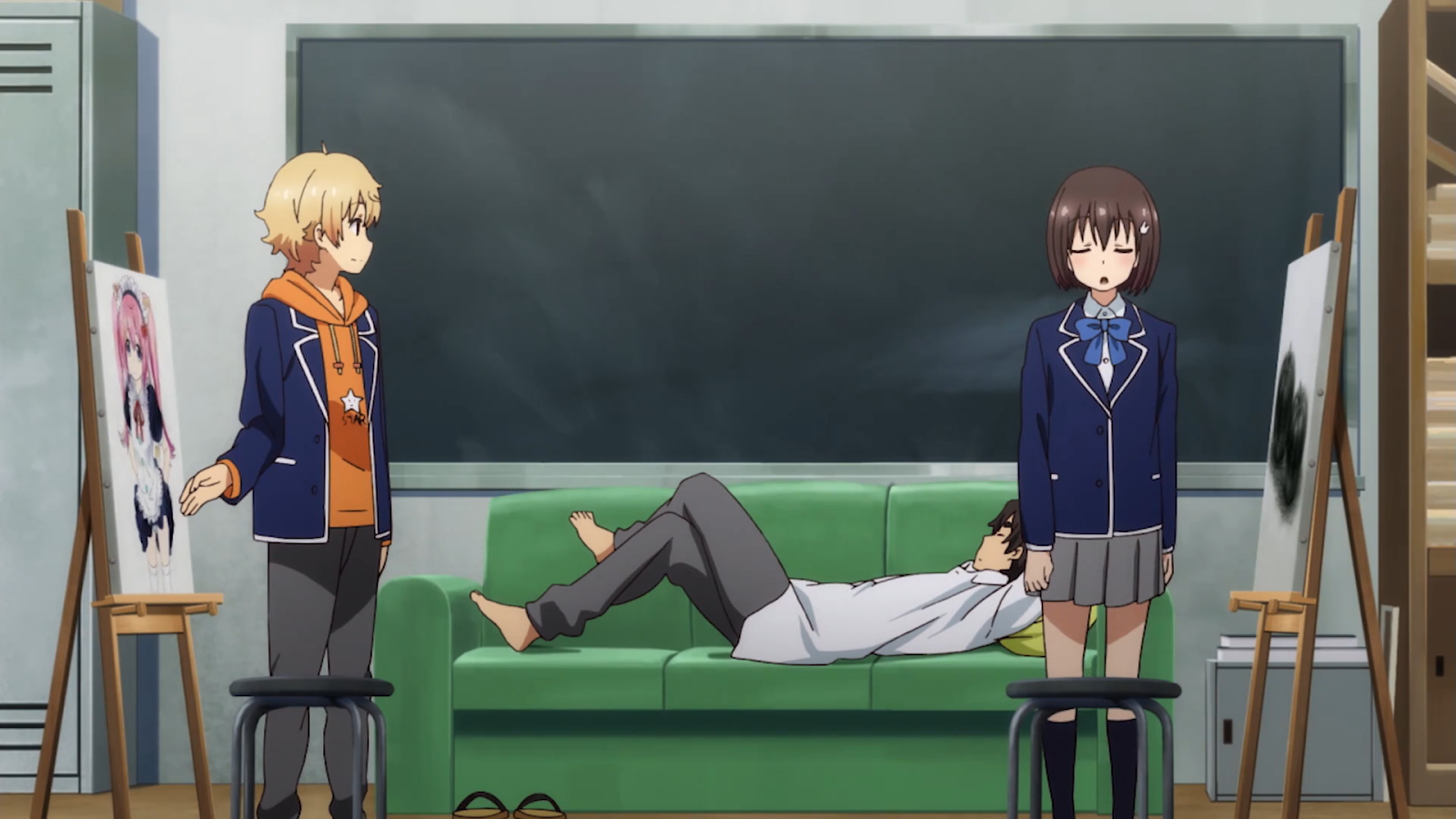 The tale of Tsukimori Middle School's dysfunctional art club. Mizuki Usami is dedicated to improving her skills at illustration and painting but must fight an uphill battle against their lazy president, known only as “President” and her art partner Subaru, who is practicing art in the pursuit of creating the perfect 2D waifu. Unfortunately, Mizuki’s curse is tremendously powerful and she discovers she has unwittingly developed a crush on the eccentric Subaru despite all his perversions, eccentricities, and disregard for women who exist in three dimensions. A relationship you actively root against somehow transforms into a genuinely heartwarming series as the kids grow up little-by-little through their club hijinks and tumultuous emotions. Despite being the victim of such a tremendous curse, you begin to believe Mizuki will come out alright in the end. 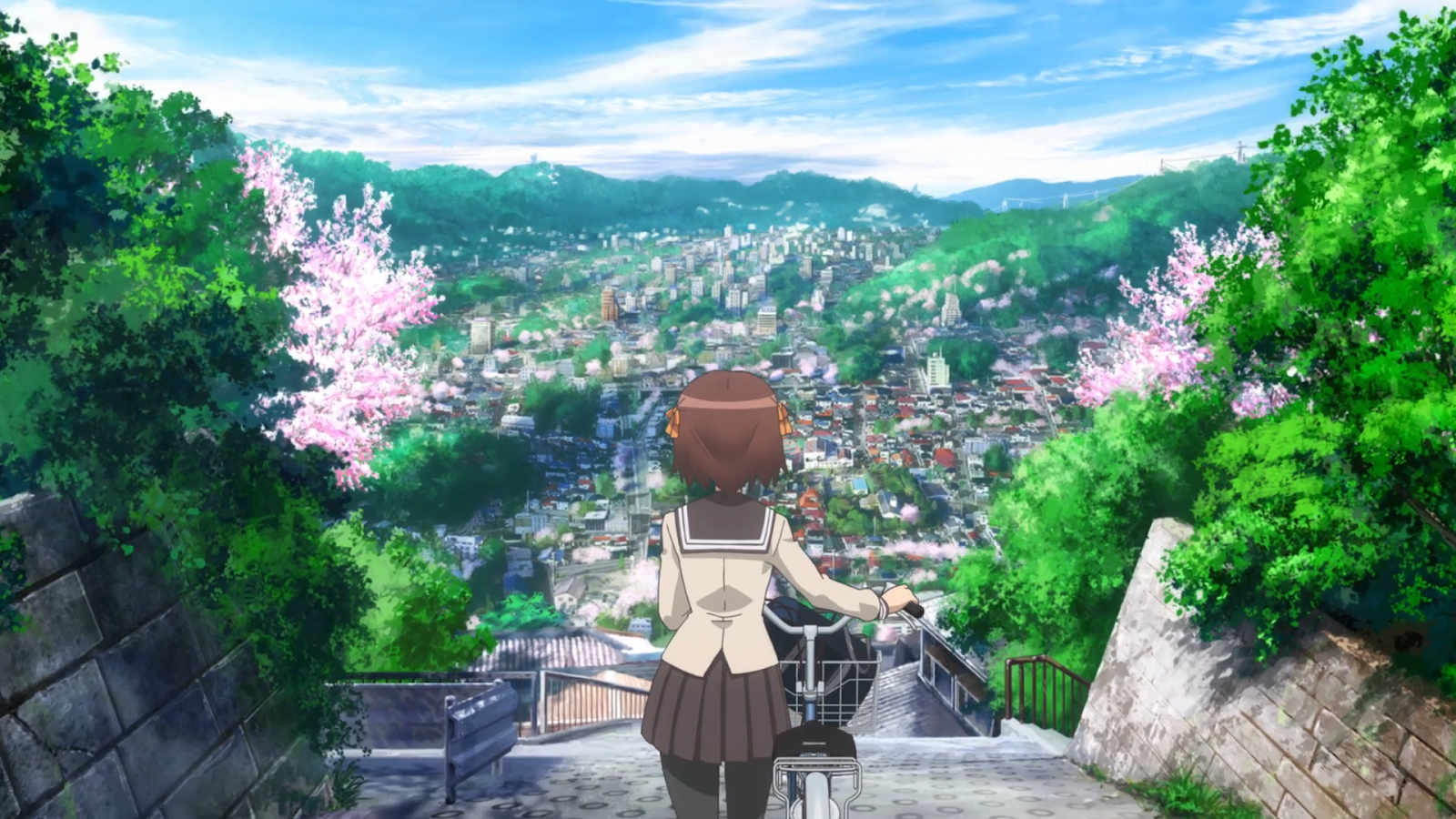 Hiromi is a girl so air-headed she represents the exception that makes the rule about getting back on a bike. Having just moved from Nagasaki, Hiromi is looking forward to her first day at the Minami Kamakura Girls High School, but experiences difficulties reaching it by bike. After having to relearn how to pilot a bicycle with the help of a friendly local and classmate, Tomoe. Through cycling, Hiromi continues to make new friends and ends up joining the schools cycling club. From there, the series takes us on an extended tour of Kamakura through the girls’ biking adventures. Like Laid-Back Camp, each episode concludes with a real-life segment in which two of the show's voice actresses learn more about bicycling and the Kamakura region first-hand. A cheerful series about friendship through a shared hobby. Another slice of life taking place in a rural Japan, this time with an emphasis on rural. The cast of Non Non Biyori live in the tiny countryside village of Asahigaoka, far away from modern amenities the rest of us take for granted. Hotaru, having just transferred from Tokyo, struggles to adapt to the rural lifestyle with the aid of her classmates, all four of them, each different ages and grade levels, who together form the entire student body of their school. Even as she struggles with the concept of a town with only two stores, the locals find her confusion and city customs just as nonsensical as she perceives theirs to be. It’s a sweet series with frequent gags about a girl confronting culture shock within her own country and, eventually, learning to love a new land and lifestyle. 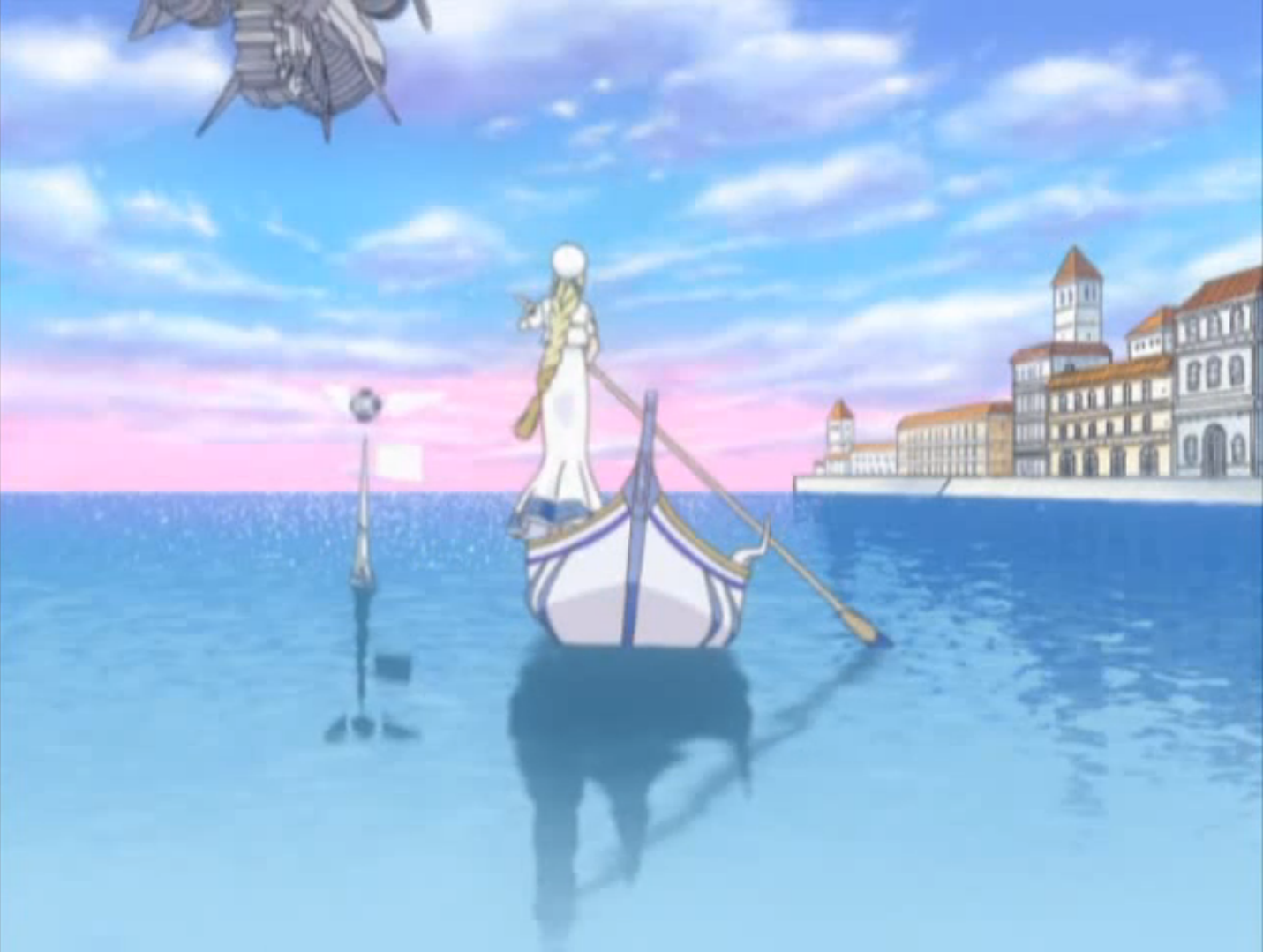 Unique among the items of this list as a science fiction series. Aria takes place in the far future on the planet Aqua (formerly Mars) in the city of Neo-Venezia, a futuristic take on modern Venice. The setting is utopic, presenting a future free of conflict with advanced technology existing alongside anachronism like a recreation of the ancient city of canals. Akari, originally from Japan, works for the Aria Company in Neo-Venezia as an undine, an all-female profession of gondoliers that ferry people through the city’s canals and act as tour guides. The series meanders like a gentle current, following Akari’s life and her work as an undine. In addition to discovering more about her respected profession, Akari encounters a number of characters through her work who have their own stories to tell. Through Akari we learn about life in the alien city through the melancholic tales of its residents. 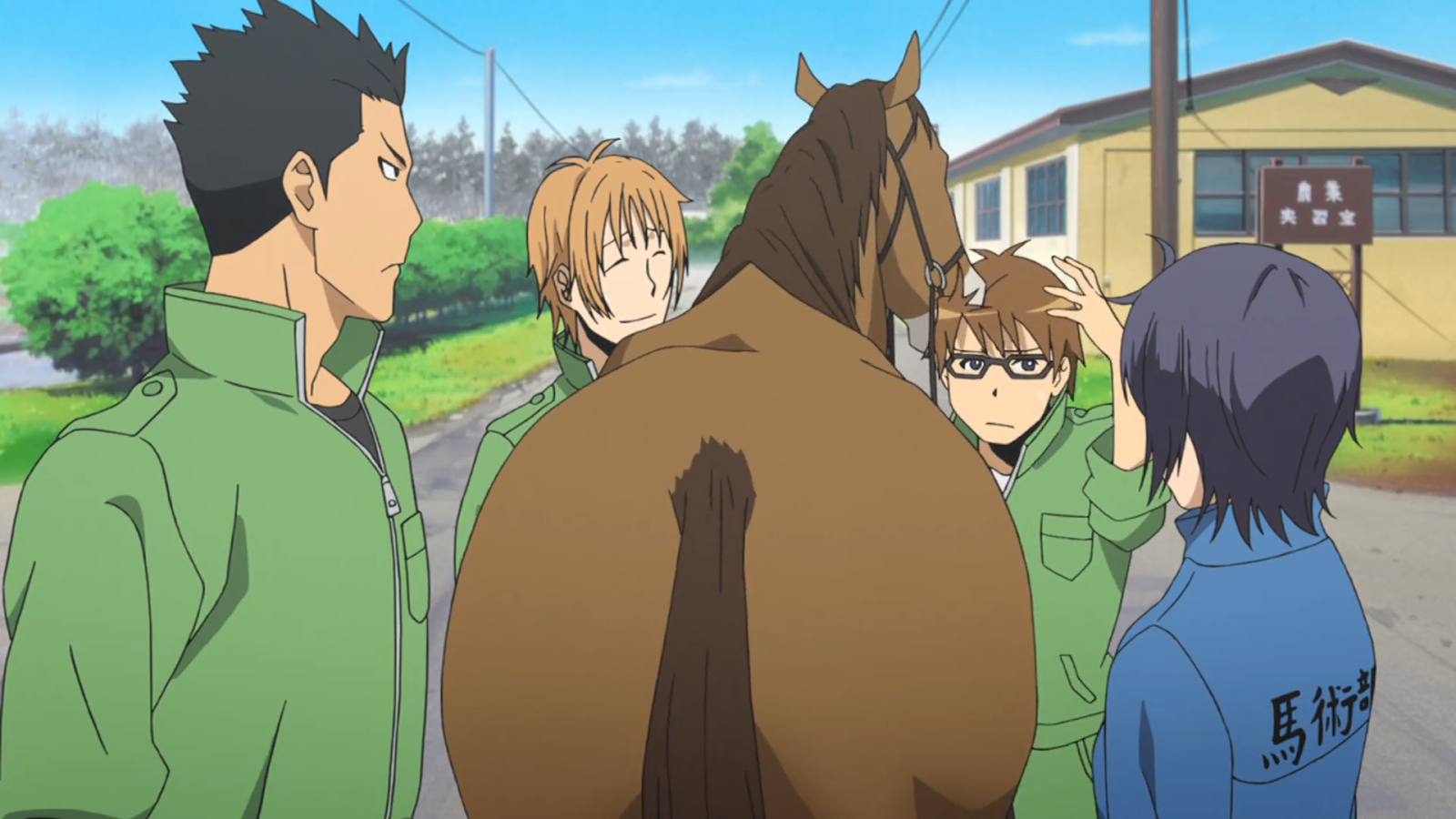 Created by Hiromu Arakawa, the mangaka behind Fullmetal Alchemist, Silver Spoon is set in the Ooezo Agricultural High School in Hokkaido. Yuugo enrolls in the school, believing it will have an easy workload and to escape his stressful home life. He quickly learns he’s underestimated both the school and its students as he learns firsthand the scientific knowledge and physical labor that drive modern-day agriculture and animal husbandry. As he gets to know his peers, he also discovers that each of them are driven and passionate about their area of study, a far cry from the content inheritors of their family trade he had believed them to be. Over the course of his term, Yuugo learns valuable lessons about compassion and prejudice alongside his rigorous curriculum, which allow him to begin to sort out his own troubled relationship with his family. 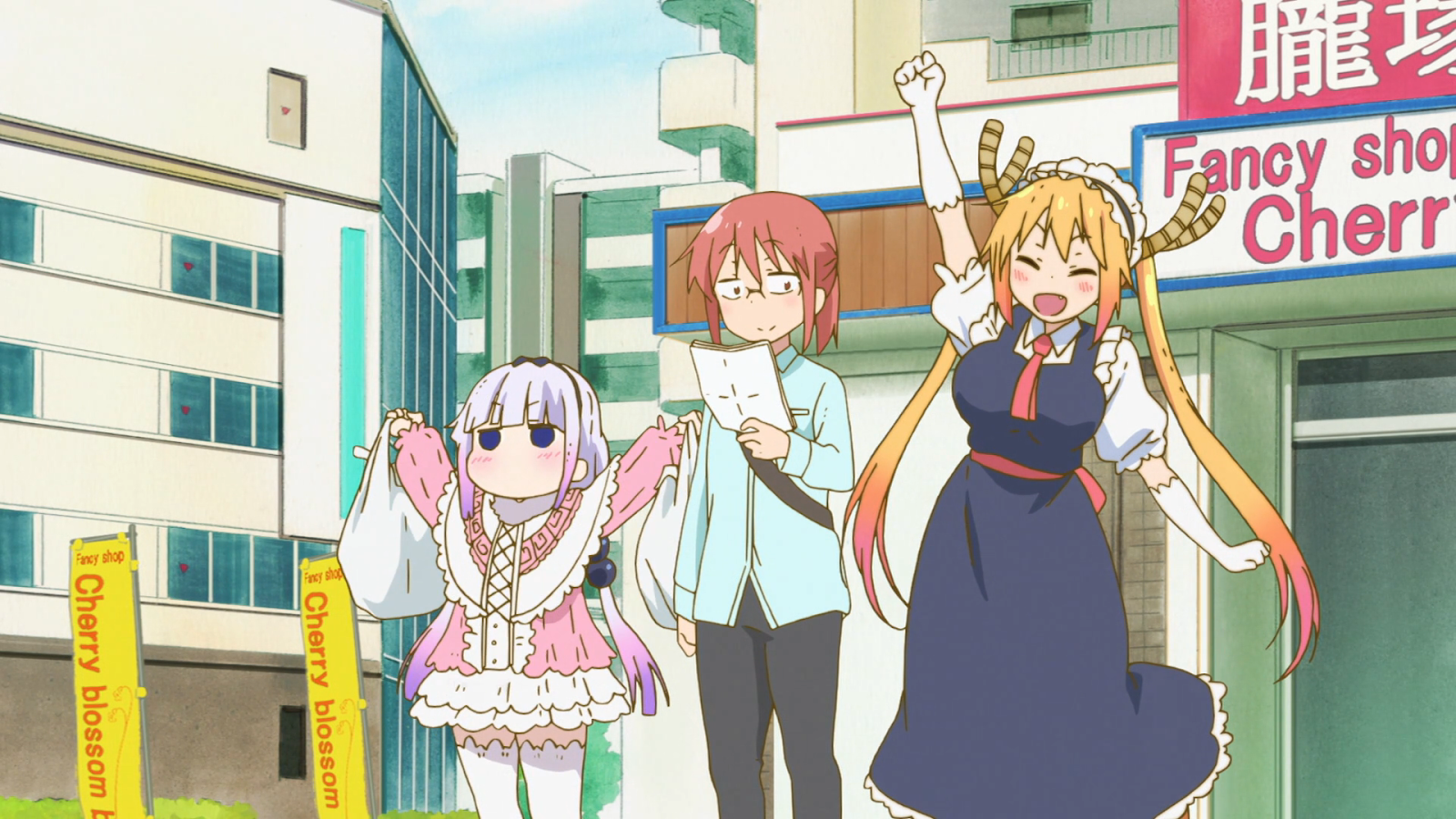 One of the most wonderful slice of life series of last year, a reverse-isekai found-family series about a woman, her maid who is actually a dragon, and their daughter is also actually a dragon. Miss Kobayashi awakens after a night of drinking to discover Tohru on her doorstep. During her drunken wandering, she had saved Tohru’s life and, after bonding over drinks, invited Tohru to stay at her house as a maid. Both uncomfortable and unfamiliar with love, Kobayashi struggles with Tohru’s awkward romantic overtures as the dragon tries to understand and assimilate herself into human society. Add in a few more dragons and the series becomes a wonderful story of love, family, and finding ways to reach out to others, through awkwardness and misunderstanding, and form real connections.

Arakawa Under the Bridge An unlikely slice of life set in a homeless encampment under a bridge in the Japanese city of Arakawa. Ko was taught by his father to never allow himself to be indebted to anyone but falls into the river and is saved by a girl in a tracksuit who calls herself Nino. To rid himself of his debt, he asks how he can repay her and, wanting for nothing, she asks that he experience love with her. Through Nino, Ko is introduced to the malcontents, eccentrics, and outcasts that reside in the surprisingly sophisticated community alongside the river. The series leans heavily into comedy and magical realism to present a diverse, almost circus-like community, but it’s not all gags. There are melancholic chords hidden among light-hearted humor about life as a social outcast and a thread of romance as Ko, despite himself, finds he is beginning to grant Nino’s request.

Hopefully, these series prove to be a peaceful way to pass the time and warm your heart just as well as a toasty campfire and, perhaps, you find one of them just as enjoyable as experiencing the great outdoors with OutClub. We're sad to see Laid-Back Camp go, but there are always new adventures on the horizon. Did I miss any particularly cozy series in this list? Find any of these recommendations recapture that same wonderful feeling? Let us know in the comments below!