When War Comes Home: The Loss of Innocence in Invisible Victory

Full Metal Panic! returns with a new story that ventures into darker territory 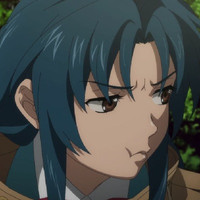 The skies are clouded as Sousuke overhears form the cockpit of his camouflaged mech that his enemies are going to get serious in their fight against Mithril. The sun sets over the Student Council room as the soon to be departing Student Council President informs Sousuke that he can no longer cover for him. Innocent Japanese bystanders are seriously wounded, and Sousuke and Chidori’s mutual friend is nearly killed. Amalgam infiltrates a once peaceful Japan, threatening Sousuke's once off-limits school and friends, and demands that Chidori surrender herself to avoid any further violence – and that Sousuke let her surrender. 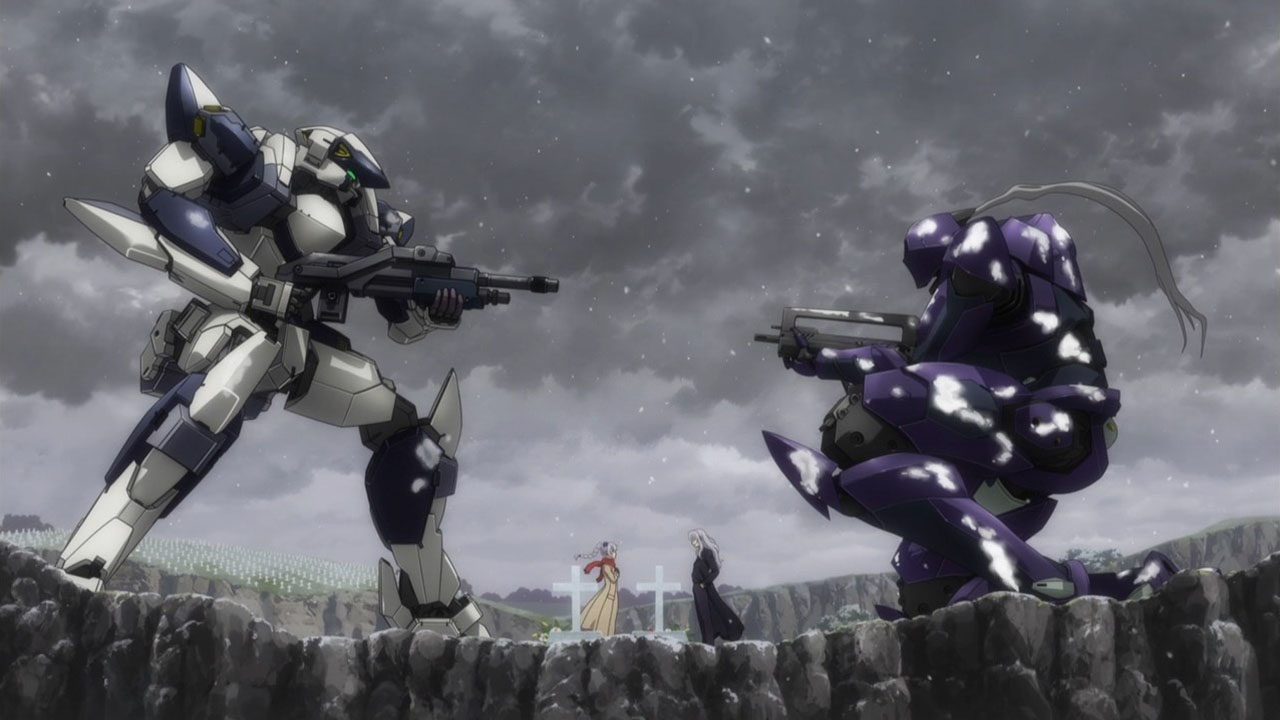 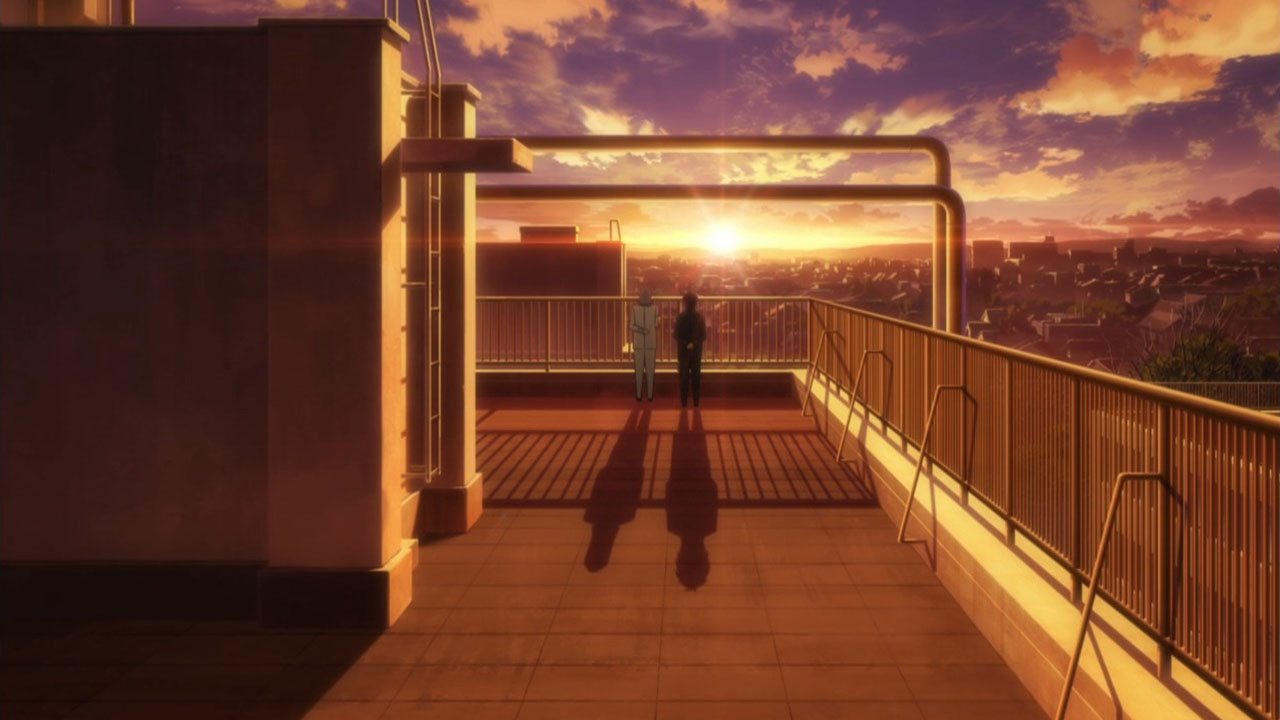 Full Metal Panic! is a classic anime series composed of narrative opposites so pronounced that Kyoto Animation split the parts of the story it was responsible into two separate shows – one for the comedy and one for the drama. Full Metal Panic? Fumoffu was a rip-snorting comedy that aired in 2003, and Full Metal Panic! Second Raid was a heavy and dark drama that premiered in 2005. From its inception in anime form by Gonzo in 2002 to today's 2018 Xebec production, the Full Metal Panic! franchise has always been a  narrative hodgepodge of often tonally dissonant laughs and grit – its creator, Shoji Gatoh, milking every hilarious slap-stick and sadly traumatizing narrative juice he could squeeze out of the story conceit of a soldier boy meeting a civilian girl.

Gatoh took this premise of a soldier Sousuke Sagara and civilian Chidori Kaname in radically different comedic and dramatic directions, to the extent that its gory battlefield scenes often feel like a completely different show from the one its high school shenanigans reside in. The Sousuke who gets Chidori caught in another hyperbolically wacky situation due to his military awkwardness is the same Sousuke who has no problem indifferently and mercilessly gunning down obstacles to his military missions. From the beginning, Full Metal Panic! has these Sousukes live effectively separate lives. Sousuke goes to war without Chidori, and returns back to her like little’s changed. 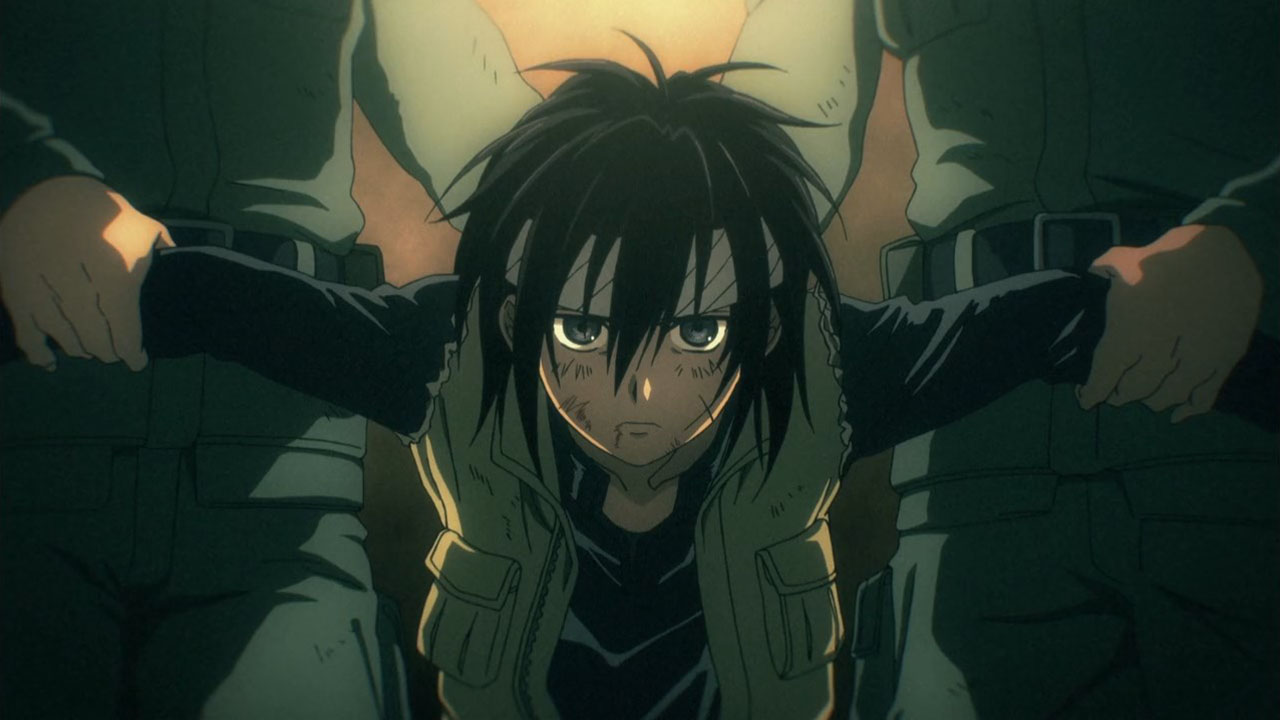 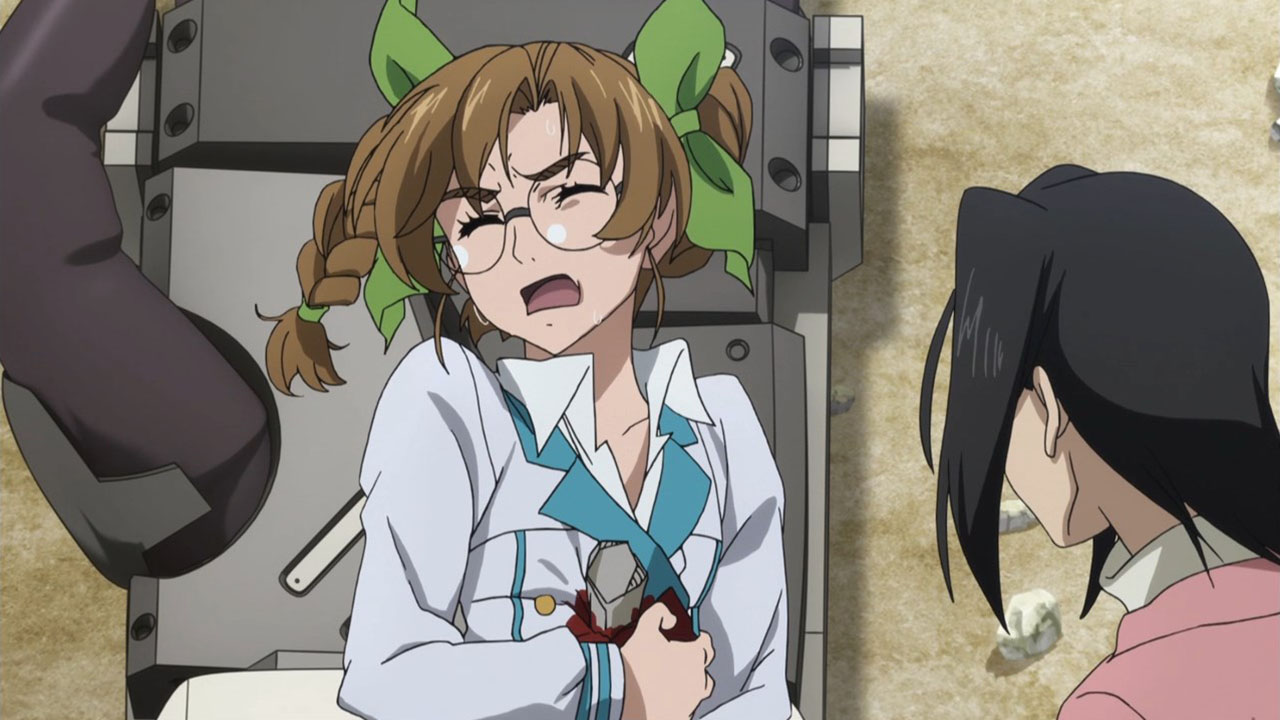 Gradually, though, as though the story's own sanity gradually devolves into a panic over the difficulty of reconciling its high school innocence with its wartime brutality, the lines between innocence and brutality grow harder to distinguish. In Full Metal Panic! Second Raid, Chidori follows Sousuke into a battlefield where she experiences the kind of danger and brutality he puts up with as a soldier. Now, in Full Metal Panic! Invisible Victory, the brutality Sousuke puts up with follows Chidori into her hometown. The clear narrative distinction between battlefront and homefront collapses in burst of explosions, a hail of bullets, and a spray of debris. Sousuke and Chidori’s whacky but peaceful school life where their friends troll each other in a safe space is at an end… for now.

The Student Council President does Sousuke – and the fans of the school life and comedy shenanigans of the series – one last favor before he fully graduates. He announces that Sousuke’s released poison gas in the school, and the entire student body books it to safety, saving everyone from the bombs planted on the grounds by Amalgam. As the story passes the point of no return into a new status quo of regular violence, there won’t be another time in probably a long time for guilt-free laughter. 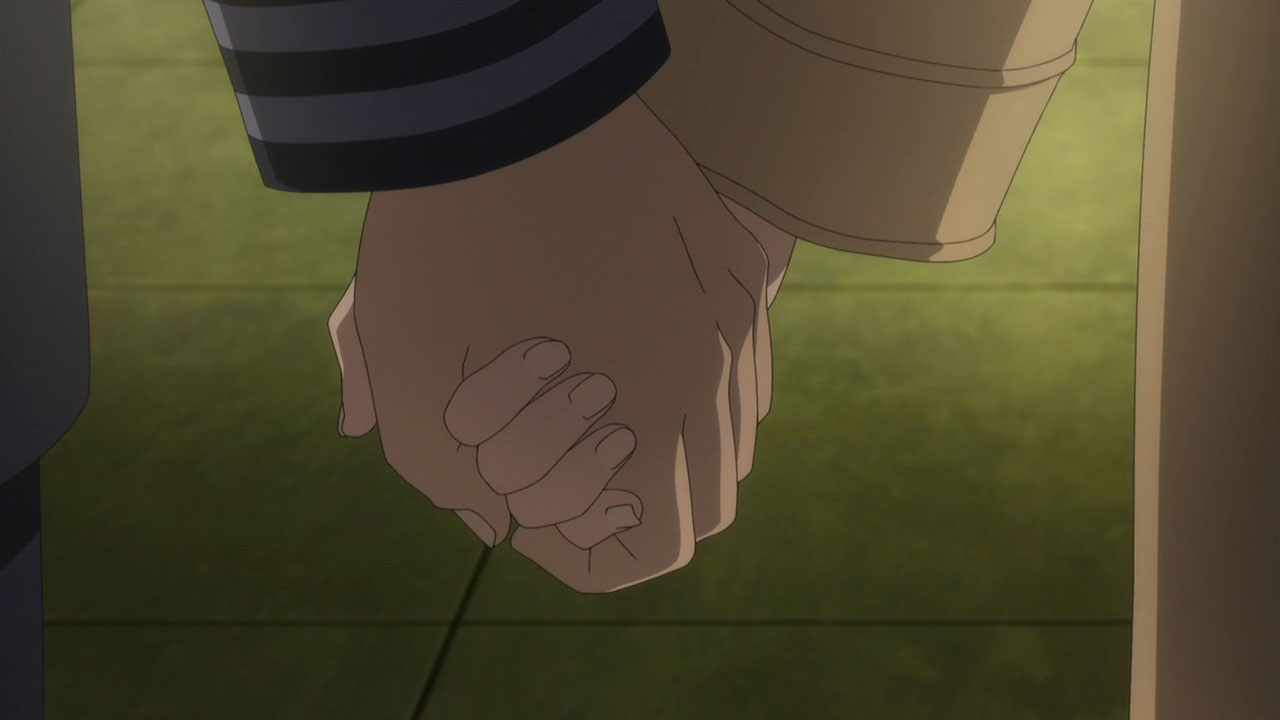 It’s been over a decade since content from Full Metal Panic! was last animated, and its new season is a significant change from what long-time fans of the show may have be expecting. Invisible Victory is a reckoning come to a franchise over its tonally dissonant assets of comedy and drama, and for now, that comedy is taking a backseat to the drama. Those innocent days have gone, and harder times for our protagonists are to come.

Part of the vibrant beauty and appeal of Full Metal Panic!, though, its heart, has always been come from the relationship between Sousuke and Chidori, how the two of them learn to navigate and complement each other’s lives and skills despite how different and disjointed their backgrounds are from each other. It will be interesting to see how their love for each other wears and grows with the challenges in store for them in this sequel.

How are you enjoy Full Metal Panic! Invisible Victory so far? Have you been surprised by the grim tone its taken? Let us know how you feel about this latest season of an anime classic down below in the comments!