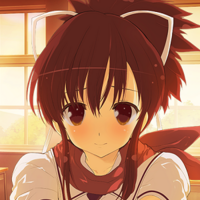 Senran Kagura has never been shy about its more titillating aspects--in fact, one might argue they’re the only reason for its existence. While individual entries in the series range from side-scrolling beat-em-ups to third-person shooters and rhythm cooking games, they all revolve around a group of generously-proportioned girls who go to ninja school and get their clothes torn up a lot. If the Senran Kagura franchise had to be boiled down to its most common motif, it would be a static image of a reluctant schoolgirl having some kind of elongated object shoved between her breasts. It lives and dies by its euphemisms, making every situation as sexual as possible while toeing the line of what can and can’t be shown in a marketable product. I doubt anyone expected that to ever change, but nevertheless I have unfortunate news for those who might've.

Senran Kagura Reflexions is the latest entry in the aforementioned Senran Kagura series courtesy of Marvelous Entertainment and Honey ∞ Parade Games. In Reflexions, players are summoned to a dimly lit classroom by series heroine Asuka to help her sort through some inexplicable feelings. To do so, she requires a gentle massage from the player. Of course, by “gentle massage” I mean groping, poking, fondling, and spraying down every single inch of her body as she either moans or bemoans your complete invasion of personal space. 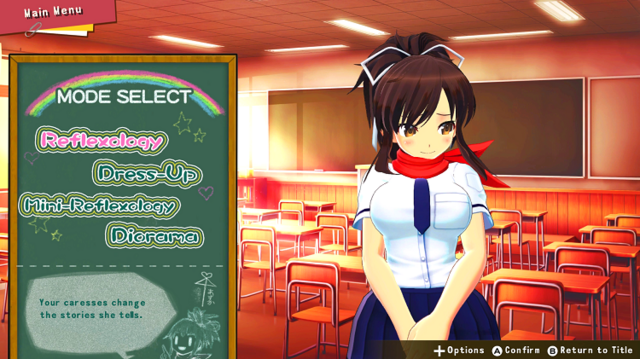 Upon turning on the game and entering the main menu, players will be met with a handful of modes: Reflexology, Dress-Up, Mini-Reflexology, and Diorama. Reflexology is the game’s story mode. An animated 3D model of Asuka greets the player and asks for their help sorting through her feelings. She offers her hands and the player enters Standard Reflexology mode wherein they massage her hands. Depending on where you choose to rub (there are 6 different areas on each hand), Asuka and the player will enter into one of seven different dreams. These dreams depict alternate universe relationships between the player and Asuka, such as student/tutor, producer/idol, and big brother/little sister. Upon entering the dream, Asuka will find some half-baked reason to implore you for a massage, and you will always oblige.

Again you will enter into Standard Reflexology mode, only this time you’re able to massage anywhere on her body from the knee up. With the Joy-Cons you can squeeze, touch, caress, or shoot her with a water gun. One of five different colors will flash on screen depending on how and where you touch her, and once a hidden satisfaction meter fills for one of the colors, players can choose to enter Glorious Reflexology mode, wherein they must give Asuka an even more intimate massage than before. In the beginning, this means playing bongos with the Joy-Cons on her thighs with enough rhythm to fill a pleasure meter within a 60-second time limit. Progressing in the game unlocks other techniques for Glorious Reflexology, such as brushing her arm and actually using a certain brand of vibrating wand for its intended purpose. After that, a gem will appear on the screen and partially fill itself in with the color of the area you massaged the most. From there you and Asuka are booted back into the classroom to repeat the process. Once the gem is completely filled, you will get one of five endings determined by the color you filled most of the gem with. 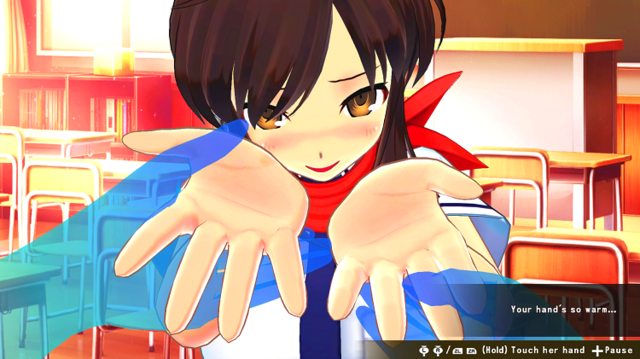 All that explanation makes it sound like there’s a lot to this mode, but that sadly isn’t the case. Massaging Asuka’s hands was as dull as blindly moving the stick around and holding down a button to trigger a dream. After the first playthrough, a feature unlocks in this mode that shows what dream will trigger once you start massaging an area, which is incredibly handy for unlocking the other dreams, but it also makes the whole process pretty arbitrary. I didn’t enjoy massaging her hands at all, and found myself just wishing I could select the dream I wanted to go through next instead of checking every area on her hand for its specific trigger. Reflexions attempts to provide feedback for these massages by simulating the feeling of her heartbeat via rumble, but it doesn’t quite deliver. She also repeats a handful of canned lines in this (and every) mode that get old extremely quickly.

This lack of feedback extends even further to the full-body massage mode. The only parts of her body that react at all to your touch are (predictably) her chest and her thighs. While her thighs jiggle ever so slightly, her breasts can be groped, slapped, and pulled every which way. I soon developed a habit of pulling them as far apart as possible each time I entered a dream. It was less a ritual of enjoyment and more an act of self-flaggellation to remind myself of what I’d chosen to do with my time. Massages in this mode ultimately became a repetitive process of poking and grabbing different parts of the body until I was met with the color I was seeking an ending for, and spamming that action over and over until the game decided it was time to let me slap her thighs around some more. Motion control in this mode is limited to swinging the Joy-Cons to slap and poke at Asuka while tilting them squeezes her body. This mode could’ve felt more interactive by controlling the hands on screen with motion control instead of relegating them to analog stick movement only, but the motion control that already exists is so finicky that it’s best to simply stick to button inputs. 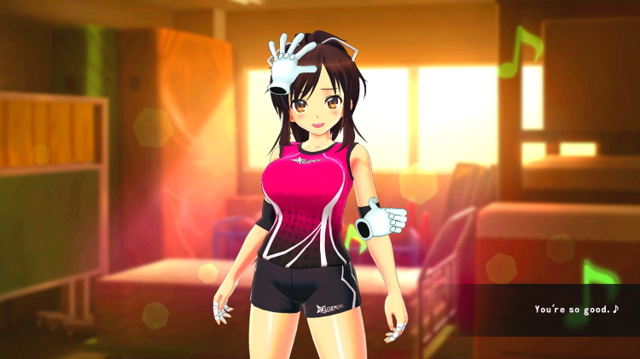 Maybe you don’t care about the gameplay, though. Maybe you’ve sought this game out solely on the merit of its story and place in the vast Senran Kagura canon. In that case, well, this game is still a letdown. The “story” in Reflexions can be summed up in one sentence: Asuka asks you for a massage and realizes she likes you. That’s it. This game has five different endings, but they’re only different in the sense that she finds five different ways to word the phrase “I love you.” Each dream has a couple different reasons why that version of Asuka would ask you to massage her that it cycles through, and each color has its own handful of sentences where Asuka reacts to your massage. She also has her own set of quips she cycles through during the massages in every dream. That’s about as varied as the dialogue and narrative ever get.

Advancing through the Reflexology mode will unlock various items in the other game modes, such as music for the main menu, backgrounds for the Diorama mode, and cosmetics for Dress-Up mode. In Dress-Up mode, players can customize Asuka’s hair, outfit, and accessories for the rest of the game. The only items that will carry over into Reflexology are equipped accessories, but all of the changes made in Dress-Up will show in Mini-Reflexology, which is an endless body massage mode in the classroom. While I did appreciate being able to dress up Asuka in my game, I felt like my choices were pretty limited. Clothing customization was limited to preset outfits with not much variety beyond the few she already wears elsewhere in the game. There were a fair few accessories, but I didn’t find any of them appealing beyond a simple pair of red-rimmed glasses. I liked the hairstyle selection, but the color options for hair and clothes were lacking in both quantity and quality. In the end, the only customizable feature that actually had a good spread of options was Asuka’s lingerie, which sports a grand total of 45 different patterns to choose from. Don’t get me wrong here, I know that having cute underwear is important, but come on. Why'd they have to make THAT the priority? 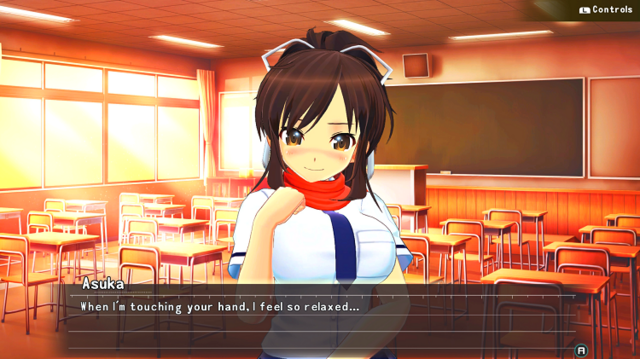 Before I sat down to write this review I made a list of the things I liked and disliked about this game. In the end it turned most of the things I really liked about this game were because they made it easier to get through the things I didn't. I liked that I could set the main menu music because it meant I could only hear the one song I liked from the game’s serviceable at best soundtrack (“Love Therapist”). I liked being able to see which endings for dreams and routes I hadn’t unlocked yet because it made seeing everything the game had to offer for reviewing purposes easier. I liked that I unlocked the ability to just skip Glorious Reflexology altogether (for obvious reasons). Beyond that, there’s so much left that I just didn’t like at all. Camera control in the Diorama mode is mostly relegated to sliders controlling angle and position, so it feels awkward and confusing to control.  Playing Reflexions in handheld mode causes a fair bit of slowdown where there isn’t any in docked mode. Asuka’s character model clips through itself constantly to accompany the ridiculous boob physics. It’s also clearly not meant to be viewed as closely as it is in the massages, because there are some pretty low-poly textures on her clothes. Not only does it lack depth both narratively and gameplay-wise - it lacks polish as well.

Most importantly, this game is creepy. It’s just straight-up creepy. I’ve been tiptoeing around that for most of this review so far, but it bears mention more than anything else I’ve thought to address: I felt uncomfortable every step of the way with Senran Kagura Reflexions. Yes, the routes lacked variety. Yes, massaging Asuka was repetitive. Yes, there weren’t enough customization options. Technically, it’s not a good game. However, even if all of those things had been fixed, it would not change the fact that this is a creepy game with a creepy premise meant to enact out creepy fantasies that creeped me out. This game can't be saved, and it certainly can't be ignored. No amount of ironic detachment, desensitization, or additional DLC content will ever be able to change that. 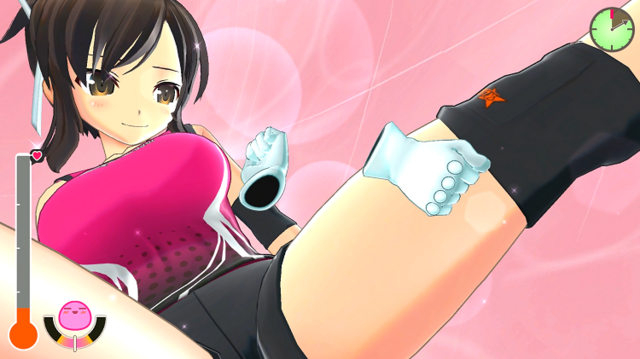 +/- Customizable menu music, but the soundtrack is forgettable

+/- Some cute customization items for Asuka, but options are limited

- No variation in endings

- Everything about it is extremely creepy