STOP WHAT YOU'RE DOING, There's Godzilla on VRV!

HIDIVE has a solid selection of Big G flicks! 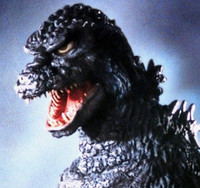 I stopped being obsessed with Star Wars when they shut down the Expanded Universe, forcing me to look at my collection of paperback novels and weep. My obsession with Lord of the Rings tends to fade in and out, peaking around the holidays when I go through my yearly tradition of watching all four-hundred hours of the Extended Editions. And my obsession with Batman and Spider-Man are firmly locked in certain incarnations of those characters, namely in the Spectacular Spider-Man cartoon and in Tim Burton's two beautiful films about clown murder.

But my obsession with Godzilla? That's always held strong. I love that radioactive dinosaur and everything it stands for. Whether it's a maasive CGI creation or a stuntman plowing, crotch first, into miniature buildings, I don't think there's a type of Godzilla that I dislike. And that's why I'm so delighted to say that WE GOT GODZILLA ON VRV, Y'ALL. 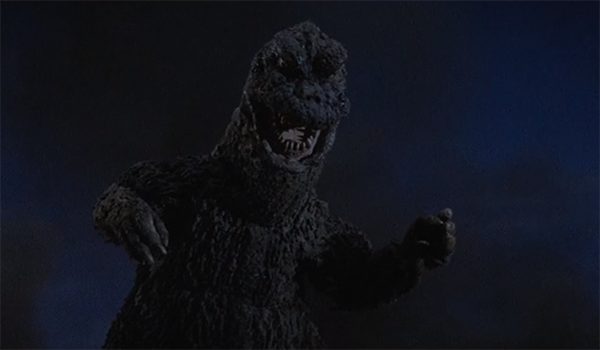 I know. I know. This should technically be a holiday. The Big G is a friend to you and mankind and everyone except robots that are built to look like it, and now you can inject four of its city-smashing adventures directly into your eyeballs:

Ebirah, Horror of the Deep

The Return of Godzilla

Not only are these four rad movies to binge in preparation for 2019's Godzilla: King of the Monsters, but they each provide a solid viewing experience on their own. And that's because they offer different things. For example...

EBIRAH, HORROR OF THE DEEP

Most Godzilla films that were produced in the 60s were directed by a thoughtful, brilliant man named Ishiro Honda. Despite the fact that he spent much of his career directing dramas before he became attached to giant monsters, he showed a real respect for the beauty and the fantasy of them. They were laser-shooting spectacles, but they were also beasts to be admired.

Ebirah, Horror of the Deep is not an Ishiro Honda film.

Instead, it was directed by Jun Fukuda, who, from his Godzilla output in the 60s and 70s, seemed to be most interested in the adventure aspects. He wanted rocks to fall, fists to fly, and blood to flow. Not a bad director by any means, but there aren't many Ishiro Honda films that end with Godzilla winning his fight by graphically ripping off his opponent's claws. Did I mention that Ebirah is a giant lobster? That's fun. 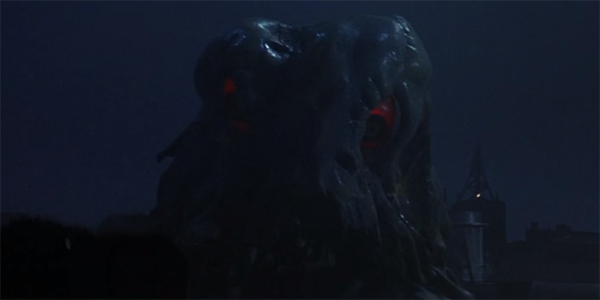 Godzilla vs. Hedorah is a delightfully weird movie. People dissolve into skeletons due to the antagonist monster's poison gas, the visuals can be quite trippy, the theme song is a banger about "movin' the moon, now," and Godzilla ends the film by flying away. The producer, Tomoyuki Tanaka, disliked it so much that he never let the director, Yoshimitsu Banno, make another Godzilla film.

But I dig it, because the monster fights are dirty and awesome, and because Hedorah is more of a horror villain than a science fiction one. Also, this film features a famous Godzilla actor fighting another famous Godzilla actor: Haruo Nakajima, playing Godzilla, gets to tussle with Kenpachiro Satsuma, who plays Hedorah here, and would eventually play Godzilla from 1984 to 1994. If you're watching this film with a loved one, tell them that piece of trivia, and use their interest level to guage whether or not you want to stay married to them. 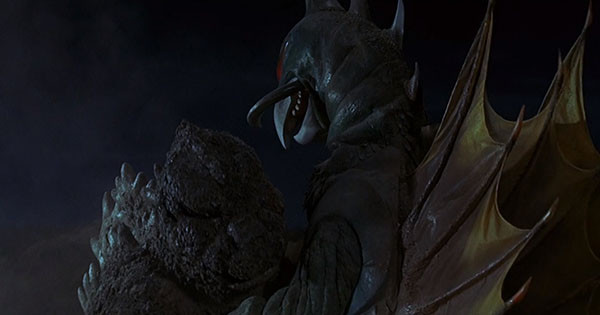 This is another one from Jun Fukuda, and it's a tag team match where Godzilla and Anguirus take on Team Nate Ming (Gigan and King Ghidorah.) King Ghidorah is a returning challenger, but Gigan is an inspired newcomer, silvery and with a belly that has a giant buzzsaw on it. You can tell that this is a Jun Fukuda film because, at one point, Anguirus walks right into that buzzsaw and gets his face cut open, and because Gigan eventually pounds all the blood out of Godzilla's skull.

Along with a giant tower that's shaped exactly like Godzilla and alien invaders that turn into cockroaches when they die, this is a pretty fun flick. Also, it's Haruo Nakajima's last hurrah as Godzilla, and he gets to do so much running and wrestling and fighting during it. Lastly, it's the final time they used the Soshingeki-Goji style Godzilla suit, and that's probably for the best, as, after four movies, it's literally falling apart of screen.

THE RETURN OF GODZILLA 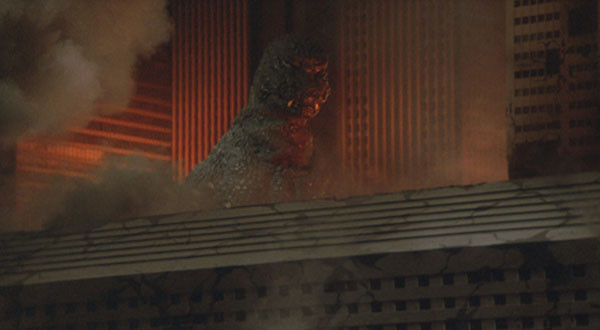 About a decade after Terror of MechaGodzilla, Godzilla returned to the screen with this film, one that ignored every film other than the 1954 original. Now, if you're looking for multiple monster action, try Tinder or any of the other films on this list, because Return of Godzilla is a solo outing. And Godzilla does spend a decent chunk of it lying passed out on his side after a little jet called the Super X fires some missiles into his mouth. But don't blame Godzilla, as it hasn't worked out in ten years and probably gets winded pretty easily.

I really like how Godzilla looks in this film. The suit is awesome and the looming buildings create an even stronger vibe of a creature trapped in a time where it doesn't belong. Also, after surviving an all out assault from the Super X and knocking a building onto it, Godzilla's wounded, victorious roar while surrounded by the flames of the city is one of my favorite moments in the entire franchise.

Overall, whether you're a die-hard fan of the franchise or just someone that wants to see what this Godzilla business is all about, you should check out these four films. They're all available on the HIDIVE channel of VRV, along with plenty more awesome content.

Daniel Dockery is a writer and editor for Crunchyroll that wishes he could wear a Godzilla costume, just once. You can check out his Twitter by clicking here.