The Definitive Ranking of Bleach OPs

If you want to see some action, gotta be the center of attraction 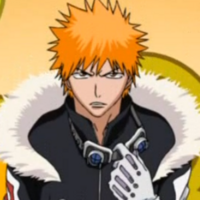 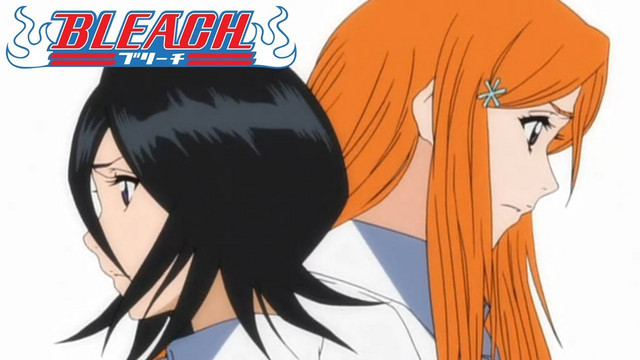 For many years Bleach ruled the roost in the United States fandom as the coolest comic running in Shonen Jump magazine. For a period of time the anime was similarly successful, inspiring everything from cosplay to fanfiction to a live-action movie. Even more than Naruto, a far more sprawling franchise, Bleach defines a specific period of early 2000s anime fight media that briefly enraptured countless high school students as they illegally pored over multiple-part episode splits on YouTube, crafting AMVs set to Linkin Park while listening to Number One on repeat. And yes, I'm including myself in that crowd.

The Bleach manga ended years ago, and the anime did too. That's all to the good for our purposes though, because it lets us build a genuine historical record based on the anime's most significant achievement: its range of incredible opening songs and animation. What is the best Bleach opening of them all? To craft this list I used this thorough and objective criteria:

2. Is this opening at least as cool as Sonic Adventure 2's "Escape from the City?"

I like the attention to scale and space in this opening, with energy blasts blowing through whole rows of buildings and Ichigo knocking enemies over like bowling balls. But there's so much fighting happening here, crammed into such a short space, that it's hard to follow. Not a fan of the song either, so this one's placing at the bottom.

When rewatching openings to put this feature together, I was frankly blown away by the first half or so of this opening sequence. The cast being cute together and hanging out at the beach! Some unexpectedly fluid animated hijinks as Ichigo walks to school! A pretty good song! Then the fighting kicks in and the rest of the opening is comparatively boring. Worth a watch, though.

This was the last Bleach opening to be featured in the anime series, and features some fun callbacks to earlier episodes like a runthrough of every episode title card (!!). I wouldn't say this is one of the show's best, but it gets stronger as it goes along and features some neat and stylish visual tableaux. The doors opening at the end to reveal the sponsors is a nice touch, too.

Watching Bleach openings on YouTube as a child, I used to be freaked out by the sight of Kon the stuffed animal very loudly singing the theme song. On rewatch, though, I think I underrated this one: it's a splintered sequence of memory, love and grief that bears the strong iconography Bleach had in its prime. Aqua Timez would later do better, though!

What makes a Bleach opening? Is it the music? Outrageous poses? Fast-paced fights? This opening doubles down on "style," which is admittedly Bleach's ace in the hole. There are sequences here that refer back to the first opening sequence, but on a grander scale: like the red and black silhouettes of Ichigo and Rukia being mean to each other, but projected on several television screens! Or every character recieving their own cool spinning CD cover. The song isn't really to my taste, but overall it's a good time.

This opening makes an immediate statement when we see Ichigo's hometown erupt into an unmistakable mushroom cloud freeze frame. My other favorite bit is when the spooky devil hand reaches towards the other hand, just as the vocals spike. What can I say, I'm a mark for scenes in anime when hands reach out to each other but don't quite connect! I'm an Ikuhara fan, sue me.

This is the first great example on this list of a classic trope in Bleach openings: The Pose. It's no secret that Tite Kubo draws not so much to tell stories (though he can do that on occasion) but to showcase characters wearing cool outfits while they do cool things. This opening wrings everything it can out of the cast of the show standing in exaggerated poses while the camera swings from one angle to another. And it works! The bit of the Vizards being swallowed up by darkness, followed by Urahara's hat tip, has been lodged in my brain since seeing this.

More poses! The main cast looking very tired and noble as they stand on the battlefield. Shunsui's sword kata. Screaming vocals. When I asked the barista at the coffee shop today for his favorite Bleach opening, this was his answer; the harsh sound of the Soul Society arc's grand finale. It's a great pick, but the effects are a bit dated for me in 2020. Byakuya's special attack in particular screams early 2000s CG.

More outrageous poses from your favorite characters, except that you also have Rukia, Orihime and Rangiku doing a choreographed dance! I wasn't sure what to make of this sequence when I first saw it, but it's risen higher and higher in my estimation with each successive watch. Now I'm at the point where I'd say this is the Bleach opening I initially underrated the most (though there's some real classics coming down the pike!)

Bleach openings can be maximalist, so I find it fascinating how restrained this one is. Ichigo's friends running in the desert, the repetition of symbols juxtaposed to flaming credits, and a black-and-white super-cool layout of Aizen's war chamber. That's it. But set to the riffs of all-time great Japanese popular rock band Asian Kung-Fu Generation, that's all you really need.

This is the Bleach opening that defines the whole series for many folks. The theme song to the start of the Soul Society arc, it harnesses the band UVERworld (still putting out songs for shonen anime even today!) to a carnival of non-stop forward momentum that keeps topping itself with cool characters and fight sequences. Within its specific niche of early 2000s anime openings about shonen heroes determinedly running toward the camera, this one's never been topped. But it's not my personal favorite, so I'm putting it at number 4! The scene where Yourichi takes a bite out of Soi Fon's sword and holds it between their teeth is outrageously good, though.

It's fascinating in retrospect how little Bleach's first opening actually has to do with what happens in Bleach. We don't see much in the way of hollows or shinigami, and the only swordfighting we're given is a brief few seconds of Ichigo fighting some interchangable bad guys in kimono. Instead we're given a vibe: Ichigo's friends wearing stylish clothes straight from the manga while the camera darts from one angle to another, Orihime and her friends spray-painting the title of the theme song on the screen, the camera revolving endlessly around Ichigo as he stands in the middle of the city. The promise of this sequence was eventually crushed beneath a never-ending tide of new characters and concepts as the series collapsed under its own weight... but for me and my friends, watching this opening relentlessly on YouTube as teenagers, it convinced us of Bleach's effortless cool. The best first Bleach opening.

Like the previous opening, "Ranbu no Melody" is notable as much for what it doesn't show as for what it does. We see Ichigo, the hero of the story, for only a few seconds. Instead of our heroes running endlessly toward the camera, we are given the slow unravelling of reality by invisible forces that repeatedly squish and stretch the aspect ratio and blast the viewer with impossibly fast, overlaid images. The brainchild of Masashi Ishihama, one of the best directors of opening sequences working today, this one works as both a horrifying short film of dramatic climax and as a sneakily crafted foreshadowing-laden promise to longtime fans of Bleach that the story has been building to this arc from the very beginning. The best opening.

As a child, I would watch the first six openings of Bleach over and over on YouTube. I loved the first, and the second, and the third. But the one I would return to over and over again, even though it came from a section of the series that I never reached myself, was "Rolling Star." Seen in retrospect, it's a synthesis of all the aspects that made Bleach openings memorable. It's stylish, rendering Ichigo's hometown as a neon-lit sunset hangout where battles secretly play out just around the corner. It's just a bit scary, with Ichigo duelling his masked evil self as traumatic future events are carefully foreshadowed. But more than anything, this opening sells a closeness between the main cast as they eat together and fight together. A careful juxtaposition between the high school gang of friends who were way cooler than you'd ever be, and the supernatural terrror just barely poking out from beneath the surface.

This opening was also directed by Masashi Ishihama, though the previous listed entry represents a more concentrated form of his style. "Ranbu no Melody"'s sequence may very well be superior from an animation perspective, but from my point of view, "Rolling Star" is and will always will be the best Bleach opening. And the song's a banger, so there's that!

What is your personal Bleach opening ranking? Did I underrate "D-technoLife"? Is Bleach more or less cool than Sonic Adventure 2's "Escape from the City?" Let us know in the comments!

Adam W is a Features Writer at Crunchyroll. He sporadically contributes with a loose coalition of friends to a blog called Isn't it Electrifying? He recommends reading David Brothers's old pieces on Bleach if you want to learn more. You can follow Adam on Twitter at: @wendeego