What is Tower of God? A Beginner's Journey to the Phenomenon 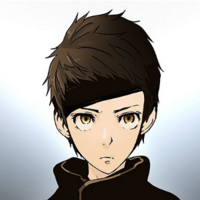 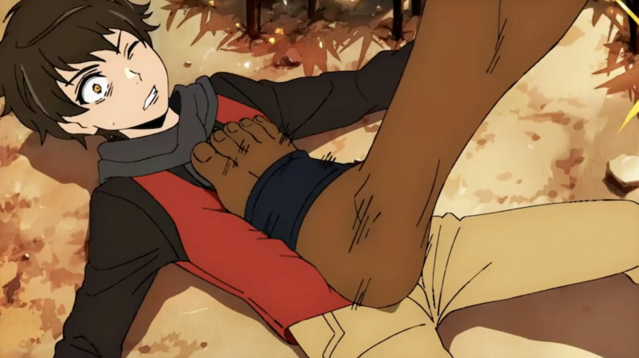 It’s finally happening: on April 1, 2020, Crunchyroll and Telecom Animation Film are adapting the megahit WEBTOON Tower of God into an anime. Tower of God is the closest WEBTOON has to a Naruto or Bleach-sized hit shonen comic. A series that’s been going strong for ten years, with a fanbase that includes both curious new readers investigating this new “Webtoon” thing as well as older readers with warm and fuzzy feelings for that cool Korean comic they found once.

Up to this point, I’d never read very far into the series myself. But I’ve always been curious. The world of Korean comics is vibrant—comics optimized to read on your phone which vacillates between professional work and endearingly amateur productions. I’ve heard good things about Tower of God over the years from a former coworker of mine who recommended it especially highly. With the anime about to air in just two weeks, I figured it was time to blast through the first season of the comic (about 80 or so chapters) and discover the truth:

What is Tower of God? 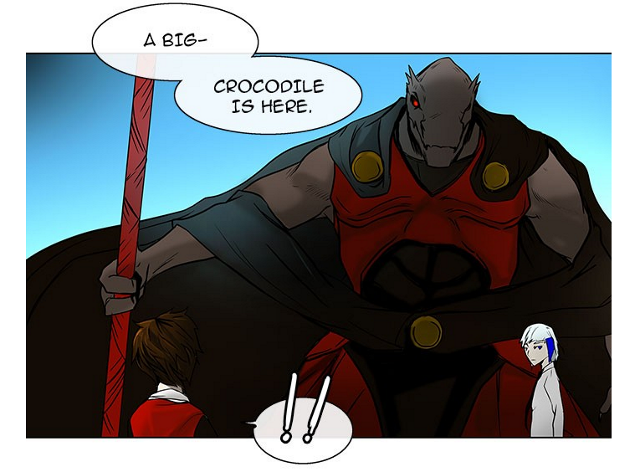 Well, now I know. Tower of God is the story of Rak, a huge and arrogant crocodile man. With his mighty spear he aims to defeat all challenges and conquer the world of.........nah, just kidding.

Tower of God is the story of Bam, a young boy chasing his friend Rachel, up a tower featuring countless floors of tests and challenges. But it’s also the story of the ruthless king Zahad and his adopted daughters, murderous princesses who wield the legendary weapons known as the 13 Months. One of these princesses is Anak, a headstrong lizard girl with a secret. And then there’s Khun Aguero Agnis, the runaway scion of a royal family of schemers and assassins.

Tower of God features plenty of tropes and ideas familiar to fans of Shonen Jump comics and their ilk. There’s an emphasis on solving games and puzzles familiar to any fan of Hunter x Hunter (for that matter, Khun begins as a dead ringer for Killua.) There’s the team-based interplay of Naruto, where mismatched heroes are forced to work as a team against dangerous foes. The 13 Months are introduced as living weapons right out of Bleach, though that angle is dropped quickly (at least in part 1.) There’s even a section where Tower of God becomes a magical school story, as one of its many tests forces the cast to train and study in close quarters. 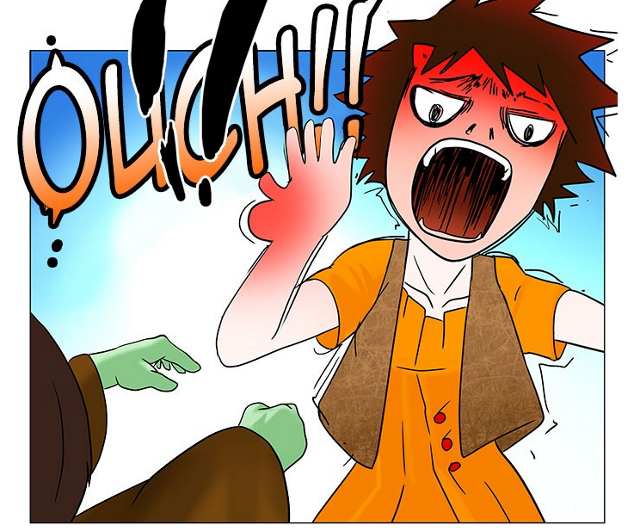 In my mind, Tower of God stands out from the pack in two ways. The first is in its emphasis on scale and lore. The world where the story takes place is a big one, filled with creatures that dwarf Bam from the very first chapter. The 13 Months grow and shrink, filling the whole of the long and thin WEBTOON display with their power. The world of Tower of God is also a weird one—much of the cast are cool and stylish teens, but there are also lizard people, devil men, folks with multiple eyes and a full range of conniving royal families and insignia. There aren’t just separate powers, artifacts, and abilities, but individual character classes that play different roles in battle. Fans of Type-Moon properties and of Kinoko Nasu (the writer of Fate/stay night and Tsukihime) should get a kick out of the endless flow of proper nouns and concepts introduced, contextualized, and retrofitted every other chapter.

The Secret to Tower of God's Success

This leads me to Tower of God's second distinguishing feature, which is its exuberance. On its publication in 2010, series creator SIU (short for Slave. In. Utero.) claimed it was only the first story in the Talze Ulzer series. Years later, none of those other stories have come to fruition, just as the Ogre Battle Saga remains incomplete and fans of Xenogears continue to trawl its millennia-long history in search of clues. Reading through the first arc of the series, I began to suspect that Tower of God was a stand-alone story that spun out of control, a narrative that despite its author’s obsessive planning features its share of dead ends. Compared to One Piece or even Bleach, projects managed by editors and hammered into marketability by constant reader surveys, Tower of God gives the impression in its first few chapters of a webcomic in its first phase, the author casting around for inspiration before settling into a groove. 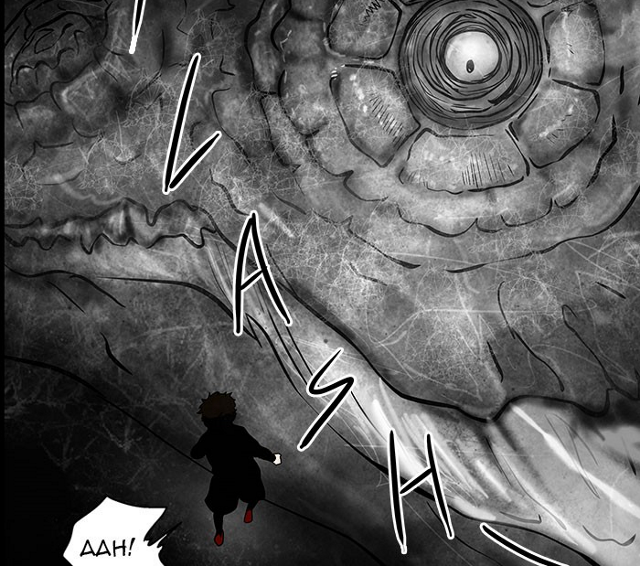 Based on my research, this is almost exactly what happened: Tower of God came into being as ideas and drawings scribbled in a notebook the author worked on during mandatory military service. And this isn’t a bad thing! ONE was a webcomic artist who drew One-Punch Man as a one-off joke, and from there took the world by storm. Tower of God may be a tangle of monsters and tests and ideas and powers, but that tangle is genuine. You get the sense reading it that the author crammed every one of their favorite ideas into the strip, even if not all of them fit perfectly. There’s something refreshing about that compared to the almost aggressively polished and formulaic storytelling (with all due respect to its effectiveness) you find in a Shonen Jump comic. Tower of God became popular not because it was a market-tested, efficient Rube Goldberg machine of cliffhangers, but because readers across the world responded to the author’s scrambling passion and gave their sketch-filled notebook a life of its own. SIU’s hobby became too big to fail. And now it’s an anime.

I’m curious to see how the new adaptation cuts and refines the comic’s original story. Of course, I hope that the staff does what is best for the purposes of the medium, rather than slavishly recreate the comic. The nature of webtoons themselves, a long film-strip of discrete moments, already lends a “cinematic” feeling. But part of me hopes that the spirit of those early chapters is kept intact—just like the adaptations of ONE’s work went to great lengths to keep the source material’s DIY spirit alive. Either way, I’m excited to see the new adventures of Rak: the noble crocodile who, as we all know, is the true hero of Tower of God.

Are you a fan of Tower of God? Are you looking forward to the upcoming anime? Is Black March more or less powerful than King Arturia's Excalibur? Let us know in the comments!

Adam W is a Features Writer at Crunchyroll. His favorite comic on Webtoon is Your Letter. He sporadically contributes with a loose coalition of friends to a blog called Isn't it Electrifying? Find him on Twitter at: @wendeego