Don't do it, Shinji! If you spend any more time arguing about Evangelion, you'll no longer be human! 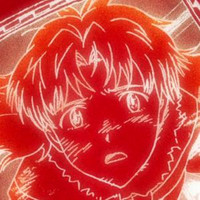 I loved Evangelion 2.0: You Can (Not) Advance. The bombastic fight scenes. Shiro Sagisu’s epic choirs. The careful game of hot and cold the film plays with viewers, teasing you with happy endings only to spit in your face. Most of all, I was excited to be seeing Neon Genesis Evangelion’s final form. After the compromises of TV Evangelion and its follow-ups, after Anno’s years of depression and anxiety, here at last (I thought) was the beginning of the end of a story that had haunted so many people’s lives.

Years later, I watched 3.0: You Can (Not) Redo with a friend. I was crushed. This was not the Evangelion I knew. Every character but Shinji had transformed into hateful, incommunicative ciphers — except for Kaworu, whose death at the end of this film is arguably even more shocking and graphic than in the original TV series. The fights had become overblown, weightless parodies of Evangelion’s excess. What struck me most of all, though, was how much of the film’s world contradicted the previous movie’s set-up. I was expecting that Shinji’s actions of at the end of 2.0 would have dire consequences, but not that it would create an entirely new universe of lore, weirdness, and unsolved questions that made Evangelion’s earlier status quo irrelevant.

“What will become of Evangelion now?” I cried to myself. 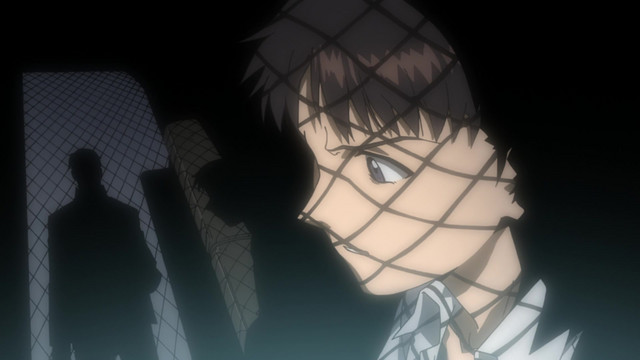 In the Summer of 2019, Netflix put Neon Genesis Evangelion up for streaming for the first time. This was a huge deal, as Evangelion up to that point had been one of the most important and influential anime series you could only really watch through piracy or via expensive DVDs. Friends across Twitter celebrated. Online journalists wrote lengthy pieces praising the series and how it changed their lives forever. It didn’t matter if you had never heard of Evangelion, or if you were an Evangelion obsessive (or naysayer), everyone was thrilled to rediscover it together.

Then the bonhomie disappeared in an instant. There were excellent aspects of the new release — particularly Casey Mingillo’s work as Shinji in the new dub. But other bits seemed off. Why was Shinji referred to as the “Third Children” rather than the more natural “Third Child?” Couldn’t Netflix bothered to have brought back Tiffany Grant to voice Asuka? Most annoyingly of all, an exchange between Shinji and Kaworu was changed in such a way that removed valuable subtext. Rather than say “I love you” to Shinji, Kaworu says “you are worthy of my grace.” For a series known for its complications and thorny character relationships, I found it bizarre that the team handling the series would choose to remove that bit of nuance.

Anime fans argued back and forth for days over why these decisions were made. In the end, the answer seemed to be: Anno and his friends at Khara believed the earlier subtitles were not faithful enough to the original script, and so they insisted on accuracy at the expense of flow. The original ADV release continues to exist on expensive DVDs. The Netflix version is closer to the true vision of Evangelion, but perhaps farther from ours. Could Anno’s vision of Evangelion be inferior to the one his fans had obsessively crafted over years of urban legends, fan theories, and obsessive study? As people grasped in vain for the promised land of Eva, I couldn’t help but think: once more, we’d fallen into the trap. 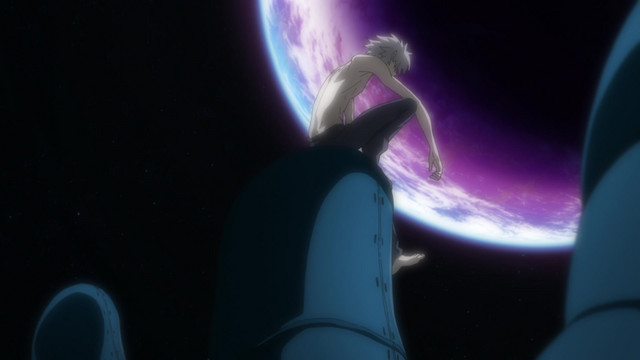 When people talk about Neon Genesis Evangelion, there are certain lines repeated so many times they become clichés. “None of the religious symbolism means anything.” “Why won’t Shinji get in the robot?” “The characters are all so unlikeable and weird.” “The ending is such a disappointment.” “Compared to the TV ending, End of Evangelion is a monstrosity.” “Compared to the TV series and the film, the Rebuild films are pared-down and too market-tested.” There’s one theme that ties these disparate statements together: Evangelion is a mess. And it absolutely is. In fact, there are countless other anime from the '90s you could argue are even better than Evangelion. Cowboy Bebop has great music. Serial Experiments Lain is a weird horror classic. Heck, if you want a series with meaningful symbolism, great visuals, and a rollercoaster of a story, Revolutionary Girl Utena is right there!

But there’s something about Evangelion that keeps pulling people back. There’s a reason fans were excited when it was announced Evangelion was coming to Netflix. There’s a reason that people continue to debate aspects of the series to this day. There’s a reason Hideaki Anno himself keeps coming back to the well, again and again, grappling with the story that made his name on the world stage and that he still can’t escape from. Everyone who knows and loves Evangelion, from forum lurkers to aspiring animators to the creators of Evangelion themselves, are caught in the show’s gravitational pull as much as they know that pull can be harmful. I’m caught in it too. We go around and around, and ask ourselves, “What is Evangelion about?” Does Anno know the answer?

Here’s what I think Evangelion is about: Evangelion is a trap. It’s a loose end. There is no final, comprehensive answer. The story will always be unresolved. I was wrong to think Rebuild would or should give me the answers I wanted. Your favorite Evangelion fanfiction will never be definite. Hideaki Anno and his staff may never be satisfied. The story of Evangelion is the story of Charlie Brown endlessly running at Lucy’s football. It’s both Ultraman and Devilman. And that is why Evangelion is as popular as it is. To engage in some pop psychology, as Evangelion itself loves to do: The world we live in is full of things that seem incomprehensible to us. Whether intended or not, the universe of Evangelion is full of those loose ends. So we worry at them like we’re trying to dislodge a tooth. It’s painful, but something in you wants to get it done. To know the taste of blood. 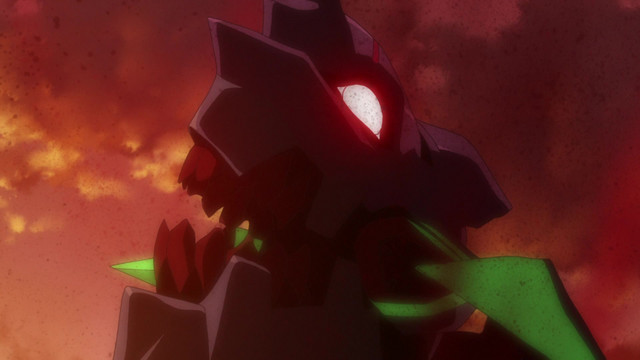 Sometime soon, the final Rebuild of Evangelion movie will be released. Perhaps it will give us an ending. More likely, it will raise more questions. Some of my friends will be upset. Right now, though, I’m at peace. Evangelion will never make me happy. But my friends and I will be arguing about the show until we are dead. Maybe that’s enough.

Adam W is a Features Writer at Crunchyroll. When he is not watching this video, he sporadically contributes with a loose coalition of friends to a blog called Isn't it Electrifying? You can follow him on Twitter at: @wendeego