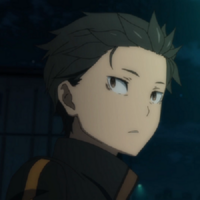 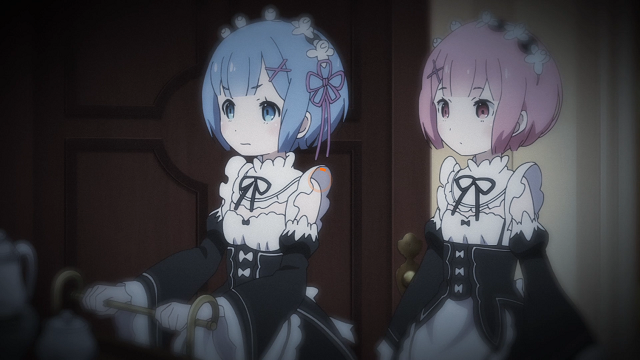 Danni Wilmoth contributed to this interview.

One of the most anticipated series for anime fans in 2020 is the second season of Re:Zero -Starting Life in Another World-, set to debut July 8. After a four year wait from the first season's airing, there is a lot of fan anticipation for what will happen to Subaru as he begins to uncover the mysteries behind the death loop, the changes that have come from using it, and who is behind it all. Crunchyroll News had a chance to speak with Kadokawa producer Sho Tanaka all about the upcoming season, his thoughts on the isekai genre, and what it's like working on in the anime industry!

Thank you for taking the time to respond to this interview. Could you please start by introducing yourself?

I'm Tanaka, and I work as a producer of animation at Kadokawa.

What's the most important part of a producer's job?

Making money. Animation is a product, so selling that product and making sure it turns a profit is our most important job. 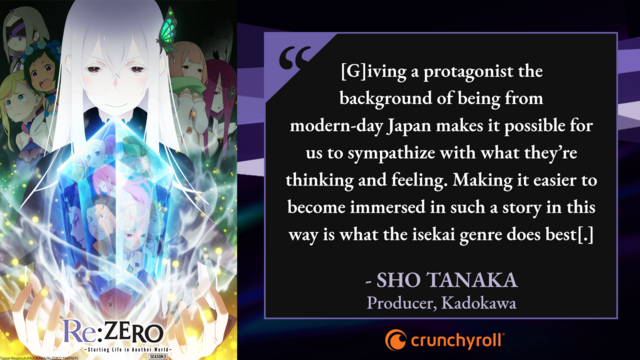 What was the process leading up to Re:ZERO's anime adaptation? Why Re:ZERO? Was there something about the story or characters that attracted you?

When it was in the planning stage, the "isekai" genre in which someone from the modern world travels to another world (including game worlds) was just starting to draw a lot of attention, mainly on the Internet. There are several titles in the genre that have now grown into major hits, not just Re:ZERO, and what they all have in common is that they're all new, just in different ways. In Re:ZERO's case, I think the protagonist, Subaru, is what gives it that "new" quality. His appeal was the main factor in my decision to adapt the series as an anime.

How much contact did you have with Nagatsuki-sensei in the making of the anime?

Nagatsuki-sensei has been involved since the scriptwriting stage, so we've been in contact ever since the planning began. Nagatsuki-sensei and his editor, the one who made the publication of the books a reality, are essentially part of the anime production staff at this point. 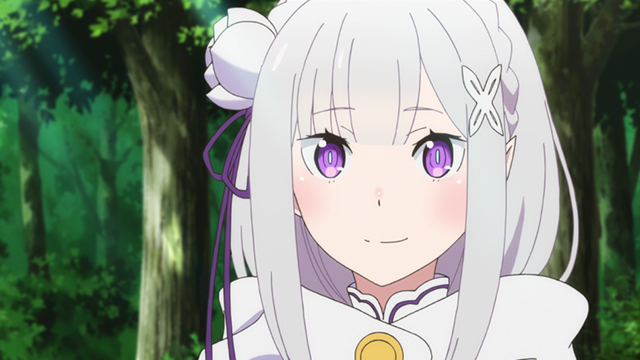 Re:ZERO has become quite a hit in these past few years. Did you have any idea that it would be so popular when you started the planning process?

I always believed that it would be an interesting project, but since it was part of a genre that hadn't shown a lot of positive results at the time and had a protagonist who wasn't exactly typical, it came with a lot of challenges and faced a lot of opposition, so I never thought it would earn the immensely positive reaction that it has.

There have been quite a few fantasy anime in recent years. What sets Re:ZERO apart from all the rest?

I think Re:ZERO is distinct from other series thanks to Subaru being such a unique, novel protagonist, but I also think there are certain elements of any series that set it apart from the rest. What made Re:ZERO work out so well was that we brought out all the appeal of the original series to the fullest extent and successfully put it forth in the anime adaptation. Nagatsuki-sensei's understanding of how novels and animation differ in their methods of expression, and his involvement in converting the story into the best anime possible; the director's endless supply of ideas for making the anime even better; and all of the producers and other staff who brilliantly put all of that into a visual format, plotting together to make Re:ZERO a great animation and constantly devoting all of their efforts to the miracle of all these people coming together the way they did is the biggest thing that sets Re:ZERO apart from other series, in my opinion. 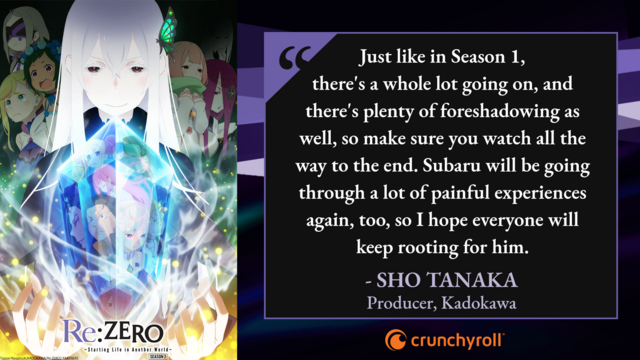 Why do you think the isekai genre is so popular?

I think it's because the protagonists are so relatable. In standard fantasy stories, living in another world is already the protagonist's "everyday life," but in isekai stories, the protagonist is flung into some new world from modern-day Japan, and that world is completely out of the ordinary for them. Even when a fantasy story depicts a world that's out of the ordinary for us, the protagonist still perceives that world as ordinary, so those of us who don't live in that world can't really relate. But just giving a protagonist the background of being from modern-day Japan makes it possible for us to sympathize with what they're thinking and feeling. Making it easier to become immersed in such a story in this way is what the isekai genre does best, and I think that's why it's grown so popular as a genre that offers instant enjoyment. On the other hand, the best thing about fantasy is the imagination it takes to invent the unknown and really think all the details of it though, so I think the rise of isekai is also an alert to the gradual loss of that imaginative power.

What should fans look forward to in the second season of Re:ZERO?

Just like in Season 1, there's a whole lot going on, and there's plenty of foreshadowing as well, so make sure you watch all the way to the end. Subaru will be going through a lot of painful experiences again, too, so I hope everyone will keep rooting for him.

I'm confident that you'll all be clamoring for a third season once you've finished watching this one. Please look forward to it.

Are you excited for Re:ZERO -Starting Life in Another World- Season 2? Let us know in the comments!