FEATURE: Fena’s Swashbuckling Adventure And The Beautiful Places That Inspired It 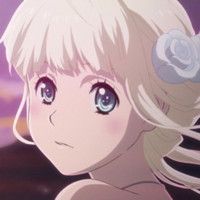 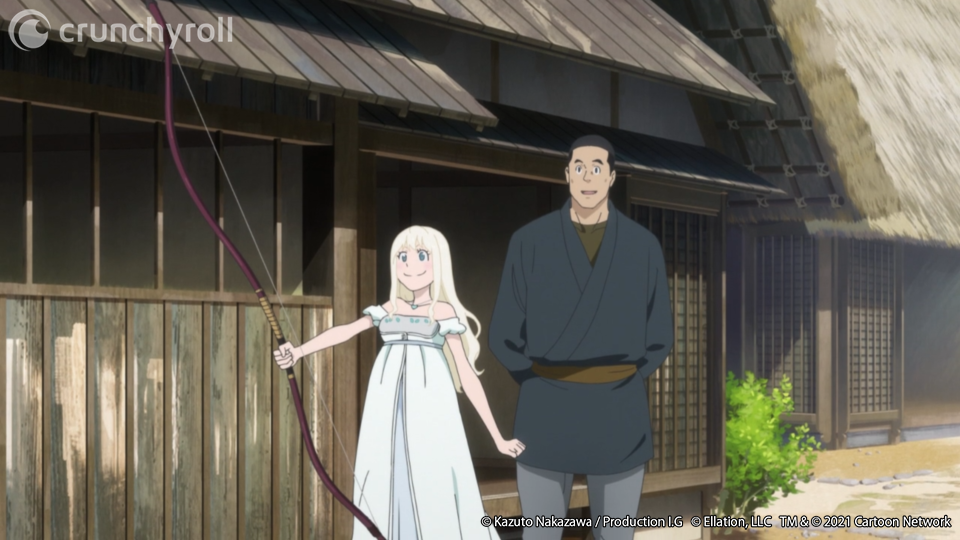 Fena and her rapscallion crew of ninja pirates have been on an adventure with us for roughly six weeks by now, and every week their journey has taken them to another new and exciting location for us to experience with them. For all the intrigue into Fena’s past and the enjoyment that comes from these characters riffing off of one another as they become an ever-closer union and crew in search of answers, it can sometimes feel like the places they visit (and the variety those places offer) steal the show.

Perhaps there’s a reason for that. As the team admitted during a preview panel for Fena: Pirate Princess at the recent Annecy International Animation Film Festival in France, the initial concept for the series came from the desire to tell a fantastical story about world history and a time when both pirates and samurai were prominent without making it as boring as a history lecture.

Following the end of the Sengoku period of Japan in 1615, the nation of Japan entered a two-century period of peace and prosperity, closed off from the rest of the world, where the domestic economy boomed and huge advancements in culture and technology took place. There was a consequence to peace, however: without war, many samurai lost their jobs. While many found new work at home, others went abroad to places like Thailand and the Netherlands to become mercenaries. Intrigued by this lesser-known factoid, series director Kazuto Nakazawa thought it would be fun to mix the adjustment of the samurai to new roles in post-Sengoku era Japan with pirates who were prominent during the era. 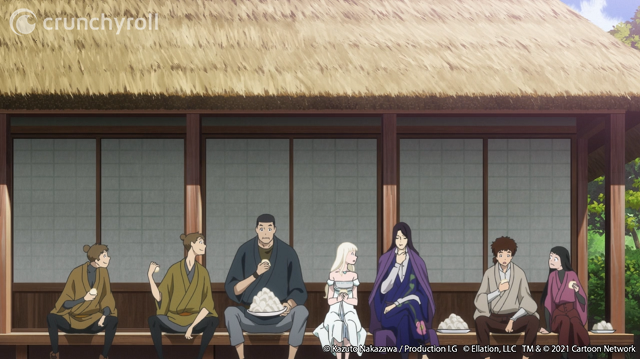 The fantasy element, meanwhile, came from a desire not to become bogged down by historical accuracy, which spread to the locations in which the series is set. While there's no real-life city or country named Shangri-La, each nation and city in the series has its basis in a real place and the team went on an extensive location-scouting journey to the likes of Croatia and Scotland to aid in the creation of these fantastical settings.

Let’s take a look at each of the places Fena and her crew have visited so far on their journey and pinpoint their real-world inspirations! 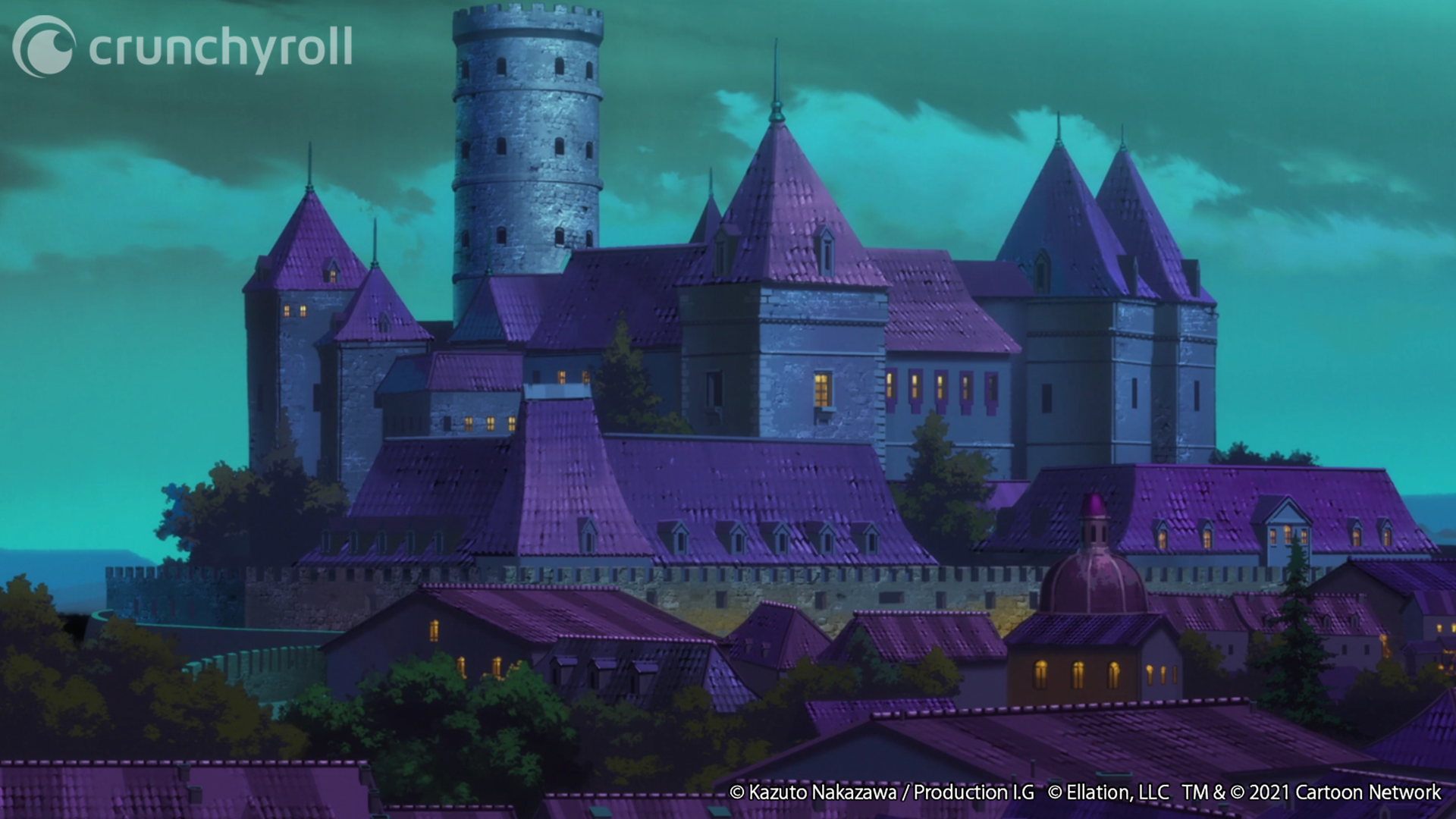 Back in 2018, Fena: Pirate Princess series director Kazuto Nakazawa was invited to appear as a guest at the Scotland Loves Anime film festival in 2018 to celebrate a preview screening of their Netflix original series B: The Beginning. The director seemed to like what he saw on his visit to the UK, as he admitted during the aforementioned Annecy panel that Glasgow (and its neighboring city, Edinburgh) were two locations that the team visited when scouting for locations for the anime.

This is a point of inspiration that becomes clear when you take note of Shangri-La’s cobbled streets and its use of regal castles as a towering presence over the locale that Fena calls home. You can see similarities between this castle and Edinburgh Castle, a towering presence in the city that, like Fena's home, is protected on all sides by walls that shield it from anyone trying to sneak in (or out). The only difference is that, while both are located near a river or water, they aren't surrounded on all sides by the wet stuff quite like Shangri-La is. 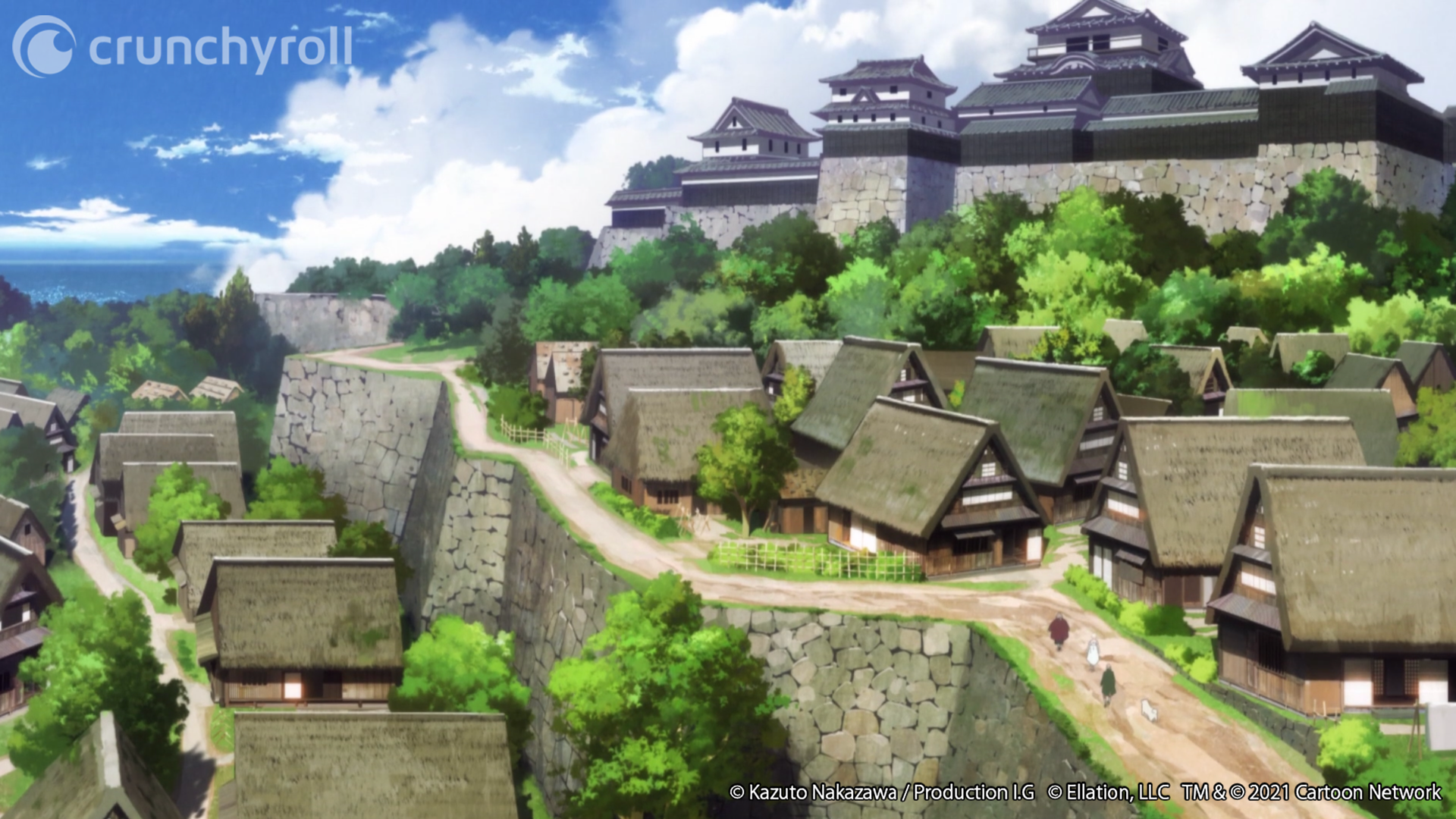 You likely didn’t need me to tell you that Episode 2 is inspired by historical Japan, considering Fena’s crew and the people who aided her in her escape from Shangri-La reconvene here after their daring rescue plan. You can see these inspirations everywhere. When Fena meets Yukihisa Sanada, they’re sitting on tatami mats in a traditional Japanese home, and the streets are reminiscent of pre-Meiji Japan.

Avoiding the pressure of creating an all-new locale and basing the episode in a place more familiar to the team than those found in other episodes is beneficial at this crucial early moment in the story. For an episode that's noticeably heavy on exposition, keeping the setting as simple as possible allows the story, not the setting, to take center stage. 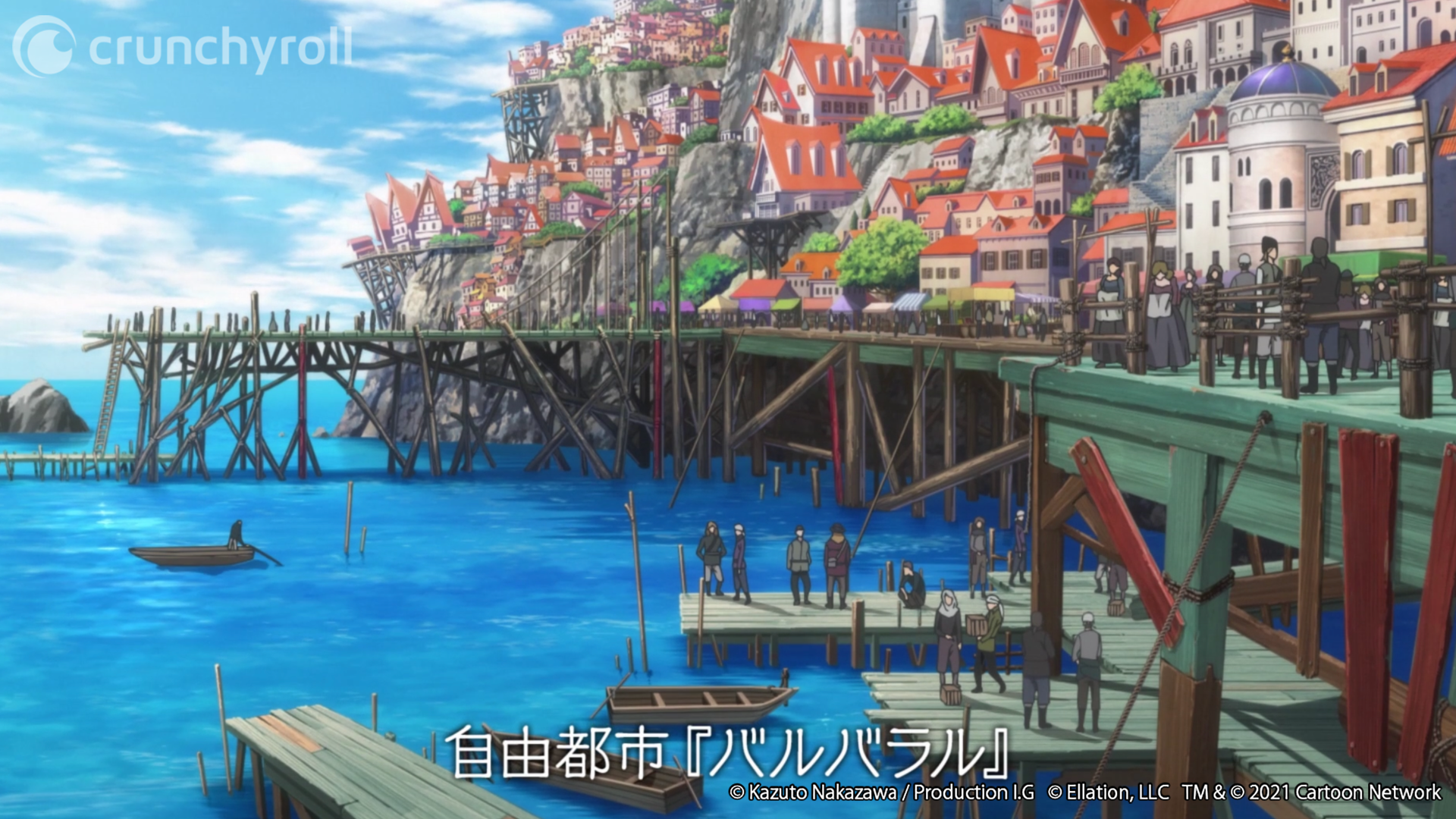 It’s a little more difficult to pin down the exact inspirations behind the Free City of Bar-Baral beyond its clearly European architecture, but this is exactly what Nakazawa intended when he noted his desire to go for fantasy and what was cool over clinical accuracy. What makes this difficult to pinpoint is how the architecture of many major European cities has a lot of shared heritage — partially thanks to the Roman conquest of much of Europe and beyond up until the 12th century and the Gothic architectural ideas that followed.

The streets used for this melting pot of a city appear to be influenced by major European cities of Stockholm in Sweden and Brussels in Belgium. Stockholm is situated on the water near the Swedish coast and was similarly an inspiration for the city featured in Kiki’s Delivery Service. Yet considering the city’s coastal location and the fact that the team noted their visit to the city during location scouting (something apparent in the attention to detail placed into the scenes that take place at street level), the Croatian city of Dubrovnik appears to be the Free City’s primary point of inspiration.

Episode 4: Libar-Oberstein - The Netherlands and Germany 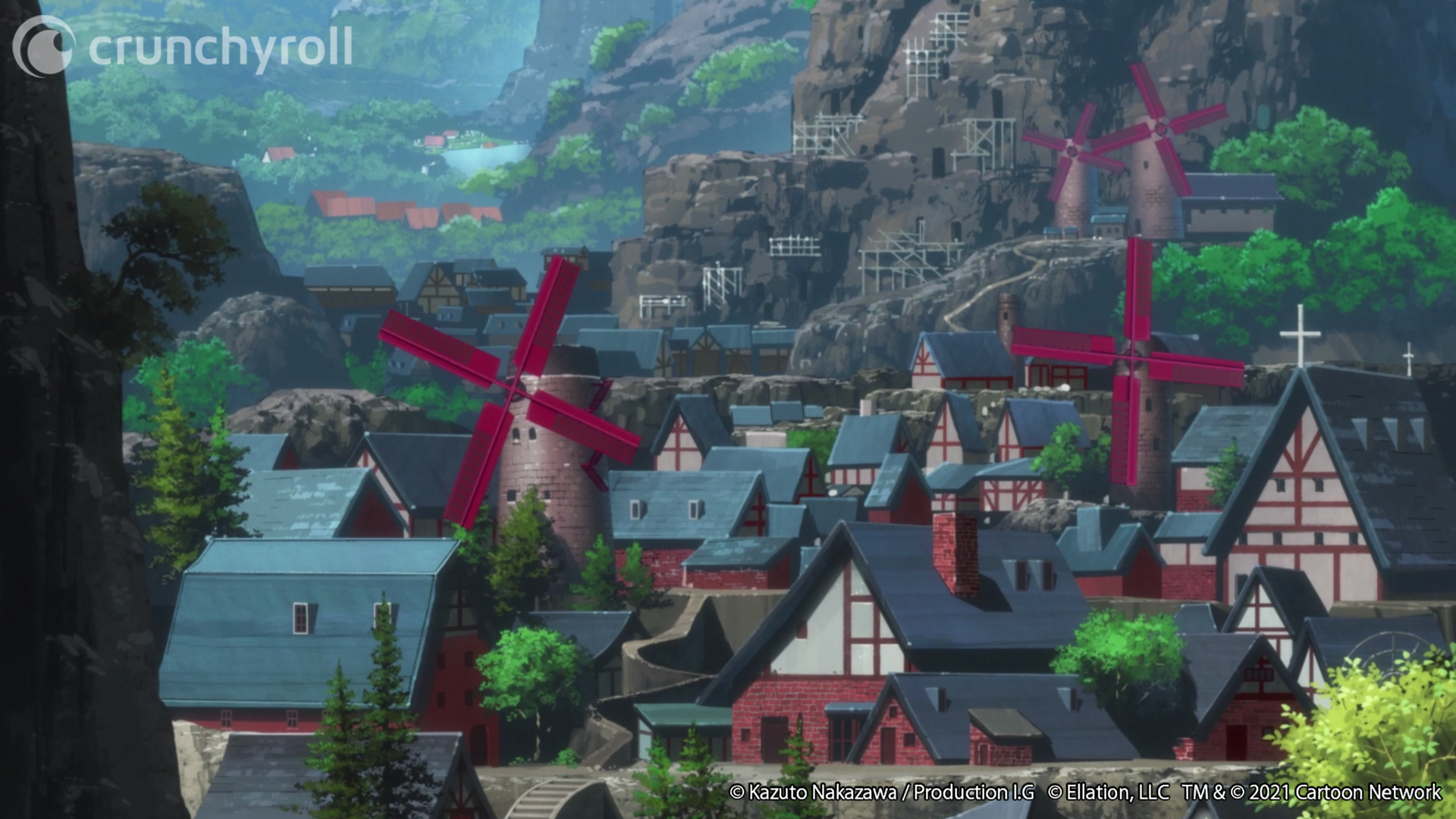 Libar-Oberstein stands out as a far more rural and quiet place compared to the bustling towns and cities of episodes prior. With tall mountains on either side and lush greenery everywhere you look, it’s also arguably one of the prettiest settings in the series to date. With the village's prominent windmills, waterwheels, and open fields, the most obvious point of inspiration would be the Netherlands. Of course, the Netherlands is far less mountainous than Libar-Oberstein so the comparison being made here isn’t an exact science, yet the similarities are uncanny. There’s also the city of Idar-Oberstein in Germany which, while more built up, certainly isn't too dissimilar to the place our crew dock to meet the Burgomaster about their mysterious stone.

What becomes clear through the variety on display in every episode is how varied and unique the setting for each episode is, constantly throwing up new surprises and an admirable dedication to creating ever-more-exciting and unique settings for our adventure. It’s just as interesting to see where the crew will visit next as it is to learn more about Fena’s past and her journey.

And come on! If I can watch a show about ninja-samurai pirates and come away interested in Geography, the team must be doing something right!

What's your favorite location on Fena's journey so far? Tell us in the comments!

Alicia Haddick is a freelance features writer for Crunchyroll. If they aren’t watching anime or way, way too many movies, they’re probably out taking photos on their camera or listening to their favorite idol groups. You can find them sharing their other work on anime, gaming and film and rambling on just about anything over on their Twitter account @socialanigirl, or on Letterboxd.