INTERVIEW: The Fena: Pirate Princess Main Cast On Voicing In The Adventurous Series 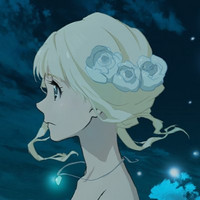 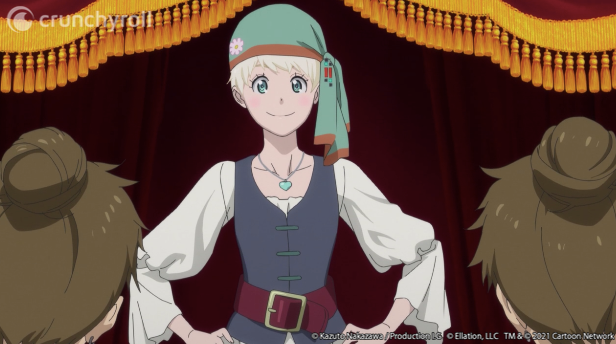 This is a special one! To prepare for the season finale of Fena: Pirate Princess, we've gathered up the main cast of the series, including Asami Seto (Nobara in Jujutsu Kaisen), Takahiro Sakurai (Cloud Strife in Final Fantasy VII), and Ryota Suzuki (Yu Ishigami in Kaguya-sama: Love is War), to talk about their experience voicing the characters in the pirate-action series. We speak with Seto, Sakurai, and Suzuki about how they approached the characters, voice actors they look up to, and much more!

Let's kick things off with some general questions for the whole cast! What sorts of pirate-themed media have you watched? Have they influenced your personal perceptions of Fena: Pirate Princess?

Asami Seto (Fena): Yes, I have. When I hear "pirates," I think of pirate ships, treasure, and exploring uncharted lands. There are many famous works in film and anime that have pirates as their themes, so when I read the story of Fena: Pirate Princess, it was easy for me to imagine what the world would be like.

Takahiro Sakurai (Shitan): The originality and grand scope of Fena: Pirate Princess belong solely to itself. This work was tremendously exciting and thought-provoking for me and I believe it may continue to influence me in the future.

Ryota Suzuki (Yukimaru): Up until now, I hadn't watched many works that used pirates as a theme, but my impression of them was that they are heroic and stirring. Fena: Pirate Princess, with its skillful, clever samurai and beautiful captain protagonist has changed my impression of such works quite a bit. 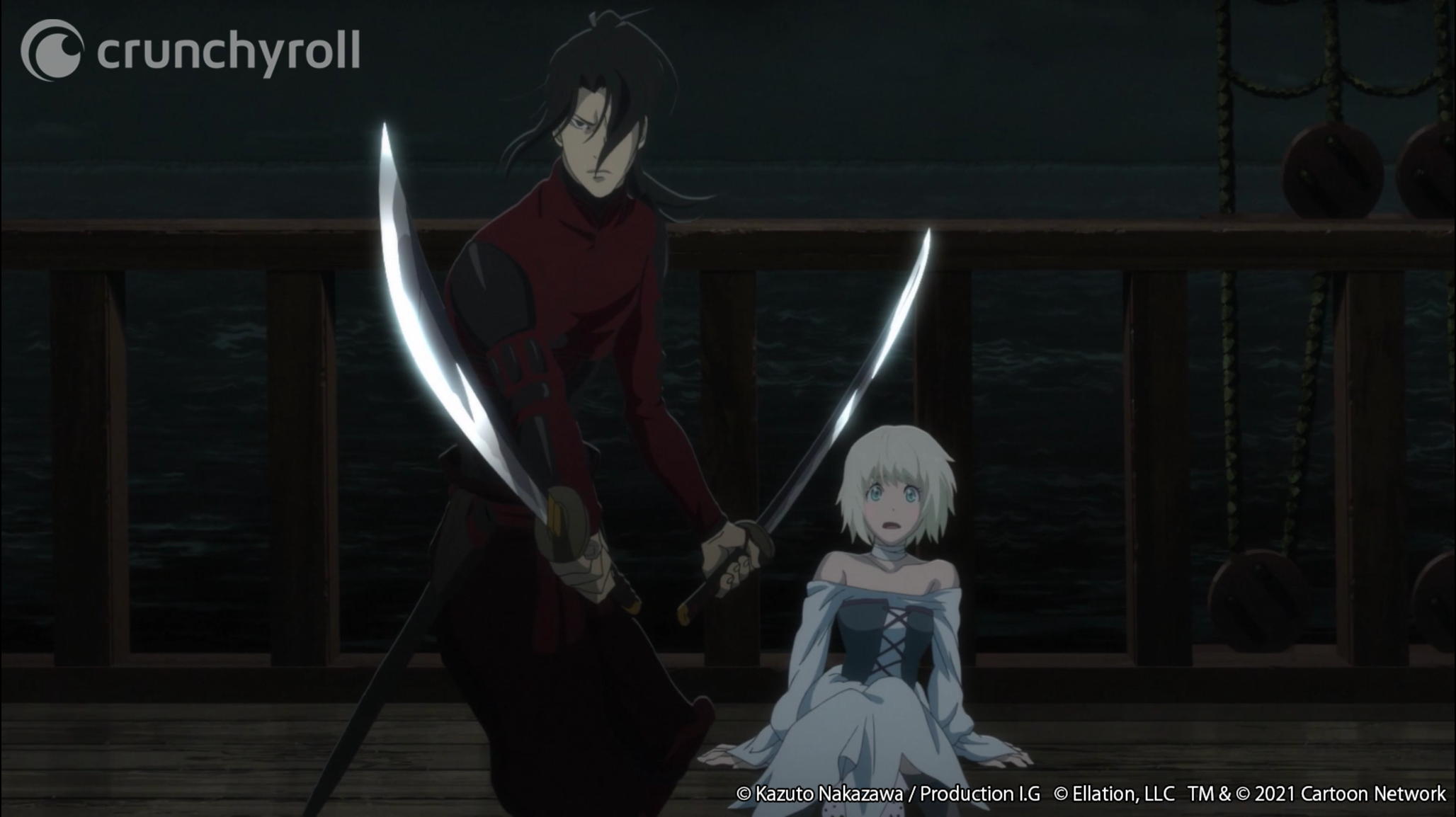 How are characters in Fena: Pirate Princess different from your previous roles?

Seto: I've portrayed many different characters, and with the role of Fena, something I paid a lot of attention to is how forthright she is. She tends to act upon what she thinks is right, which can seem self-centered at times, so I thought a lot about how to convey that with an uncompromising manner of speech.

Sakurai: Shitan is truly one-of-a-kind. He's a sexy, coolheaded, lonely man. I am honored to have had the opportunity to meet him.

Suzuki: Perhaps because of the impression my voice gives, I've had the opportunity to play many calm, slightly aloof characters. Among them, Yukimaru's feelings are special, he's continued to care for Fena over the span of ten years. A love story as pure as that alongside a journey of adventure to solve a mystery ... It was a first for me.

Is there a voice actor who you look up to? Who would that be?

Seto: There are many, but the one who served as the impetus for me to become a voice actor is Kobayashi Sanae.

Sakurai: Fujiwara Keiji. He's a veteran actor, a senior to me, who is deserving of love and respect.

What has been your favorite part of bringing the world of Fena: Pirate Princess to life?

Seto: Probably the interaction in the dialogue. There are a lot of characters in Fena: Pirate Princess. Making sure to protect the rhythm of the dialogue between the actors without feeling too restricted by the animation was something we felt was important.

Sakurai: Recording. We never had the full cast all together, but even so, the recording was fun. I particularly liked recording the scenes with the twins. I was astonished and impressed by how perfectly in sync they were.

Suzuki: This work was recorded in a method similar to prescoring for film. While I did consult with the director on the details, there were many areas where he was kind enough to entrust me with decisions about the acting. It was a very worthwhile acting experience for me. 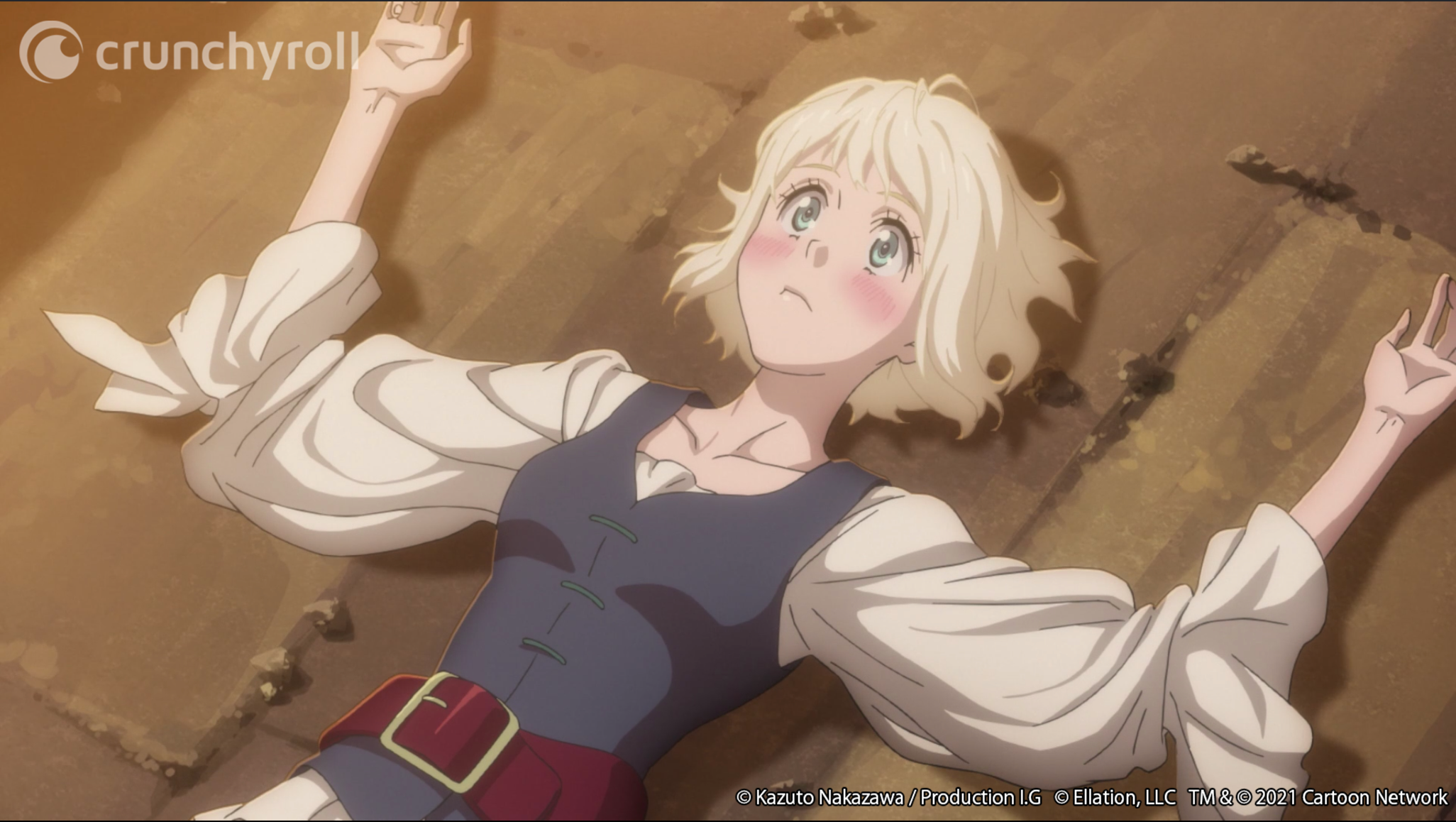 Next, we dug a bit deeper with personalized questions for each actor! Beginning with Fena herself, Asami Seto. Your acting resume is giant! Which character of yours have you felt the deepest connection to? What kind of connection do you feel to Fena?

Seto: I've been entrusted with many characters, but, for me, working on Chihayafuru, where I had my first lead role, was an environment where I experienced so much. And, of course, the two characters each live in their own worlds, so they are entirely different, but I think Fena's honesty and the sort of charm she has that fascinates everyone around her are traits that she shares with the role I played then.

What about voicing Fena has been the most challenging?

Seto: Well, she talks a lot, to begin with, but when she's trying to hide her embarrassment around Yukimaru, her word count increases even more and she rattles on nonstop. Matching the animation for those scenes and making sure I was playing Fena in a way that was true to her at the same time was a little challenging.

In your process, what sort of research do you do for your role?

Seto: Both the director and screenwriter treasure Fena, so I tried to find hints about her in the character design, the way she moves in the animation, and in the stage directions in the scripts. After we started recording, I tried to discover who she was as a person through her interactions with other characters. 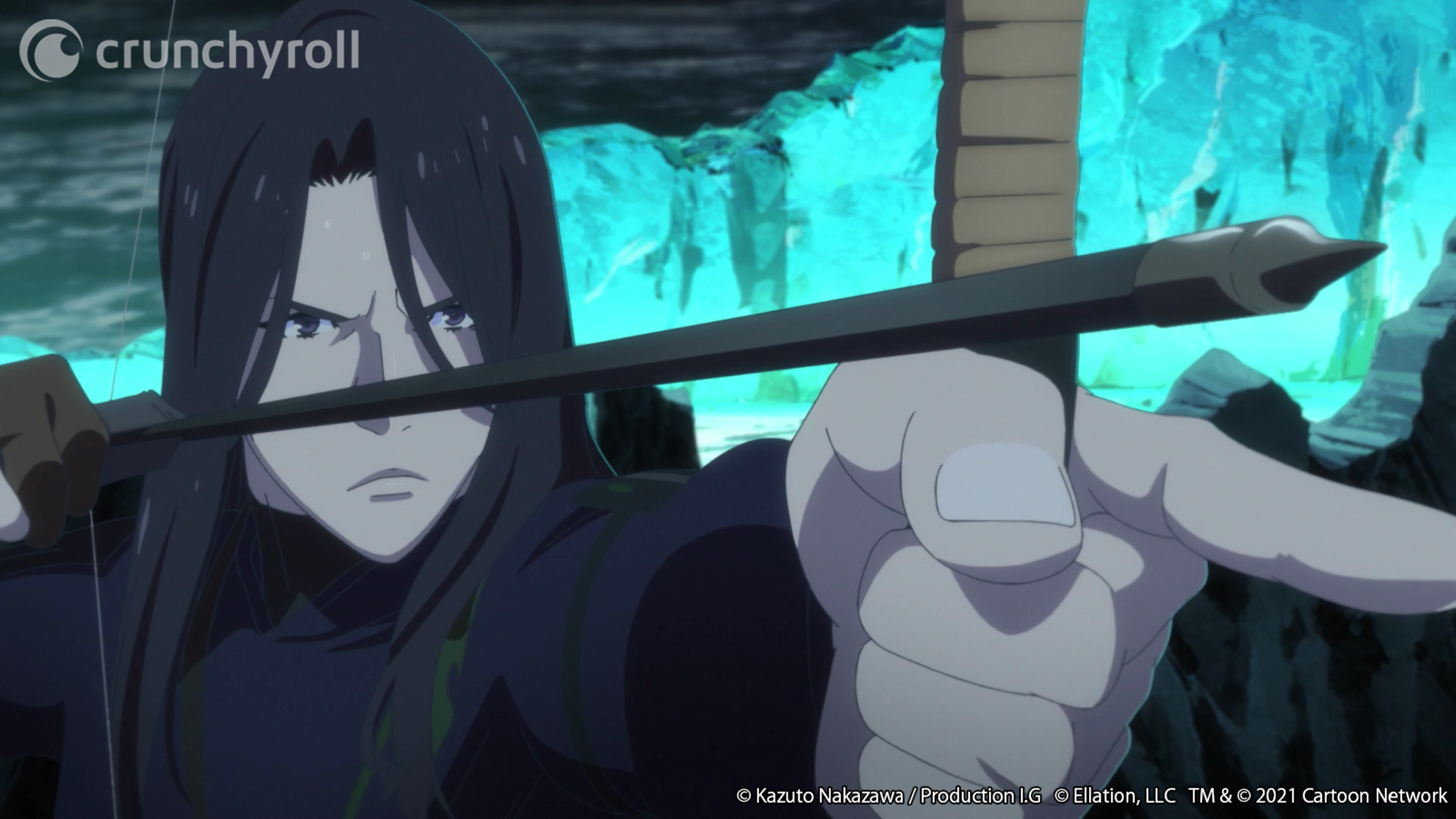 Now we have some questions for Takahiro Sakurai. What is your perception of Shitan as a character?

Sakurai: He is a character who has everything I lack. He's so charming and fascinating that I can't help being unbearably jealous of him.

Have you ever shot a bow and arrow in real life like Shitan?

Do you prefer to play heroes or villains in your voice acting roles?

Sakurai: Lately, righteousness and wickedness have been depicted in complex and intricate ways. There's such depth to each of them. I can't choose. I love them both! 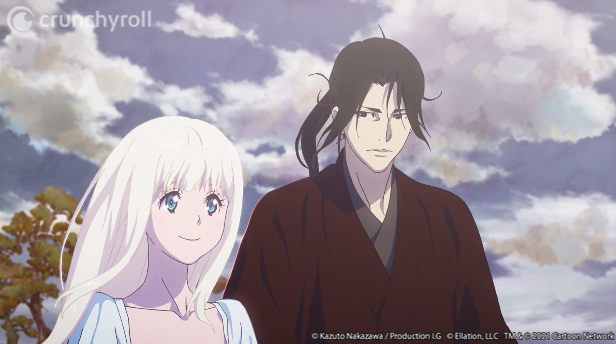 Now we have some questions for Ryota Suzuki. Do you have a sibling or loved one that you’re protective of in the same way that Yukimaru is protective of Fena? Does it help the character?

Suzuki: I am an only child and I don't have a father. My mother and I lived with my grandparents, just the four of us. I think that the love I have for my mother, who has raised me on her own, was a big clue in how to play Yukimaru protecting Fena.

Do you have a role model that compares to Kei, Yukimaru’s samurai role model?

Suzuki: All of my seniors who have driven and led the world of voice acting.

Have you worked with anyone on the Fena: Pirate Princess team before? Do you have any fun stories working with them previously?

Suzuki: I had worked with Sakurai Takahiro, who plays Shitan, before. I was able to act alongside him in the first work in which I had a regular role, but our characters didn't really interact with each other, so I was deeply moved at having the chance to act with him again on Fena: Pirate Princess. 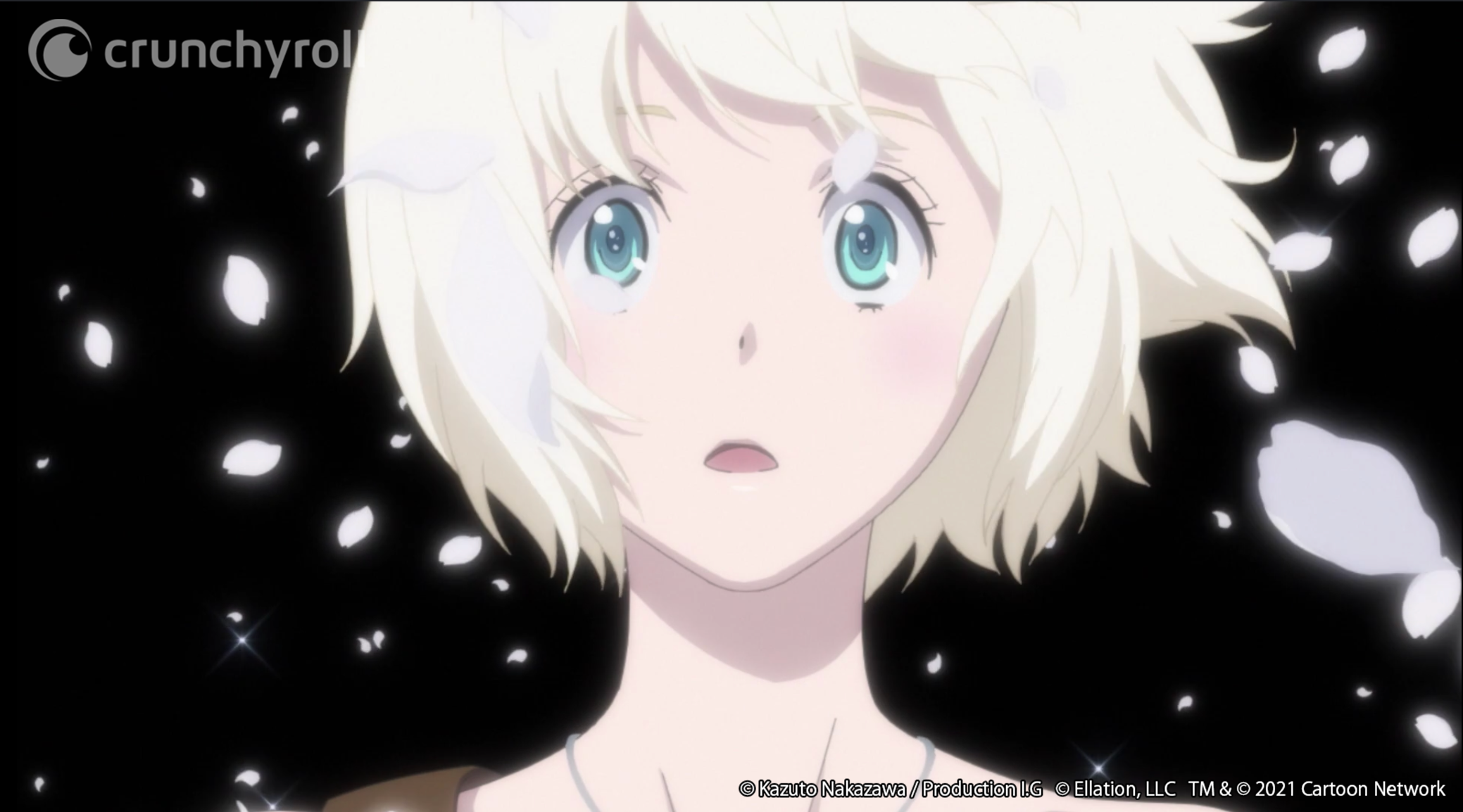 Lastly, we have a question for the whole cast! What would you like to share with fans of Fena: Pirate Princess around the world?

Seto: I am so happy that you've found and are watching Fena: Pirate Princess. I hope that as you enjoy the animation, you feel thrills and excitement.

Suzuki: It makes me very happy that you love this work with its grand scale and blend of Japanese and Western styles. I hope that you will continue to enjoy and support the rest of the story.