Student Has Anime Hallucinations After DEA Abandons Him in Cell 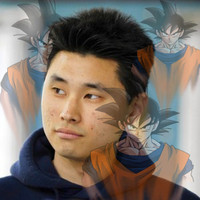 Perhaps you've heard the troubling tale of Daniel Chong, a 23-year-old student who was detained by the Drug Enforcement Administration and then abandoned, forgotten about in a holding cell for five days. Without food or water, Chong eventually went a bit insane, and experienced visions of anime characters telling him where to find water.

The DEA has since apologized for abandoning Chong, but Chong's attorney says that's not enough, and is looking to sue for $20 million. Chong was brought in after the DEA busted into his friend's apartment—where they were smoking weed, enjoying some typical 4/20 festivities—as part of a drug sweep. What he experienced after being taken in, however, was as sobering as it gets. The Los Angeles Times reports:

Chong, the agency said, was "accidentally left in one of the cells." He told NBC San Diego he kicked the door "many, many times" in a futile attempt to get agents' attention.

When they finally found Chong, he was taken to Sharp Memorial Hospital, where he spent five days. Iredale said Chong, who was close to kidney failure and had trouble breathing, spent three of those days in the intensive-care unit. Chong also suffered hallucinations and "thought he was going insane," Iredale said. Chong told NBC San Diego he tried to kill himself by breaking his glasses and cutting his wrists.

"I didn't care if I died," he told the station. "I was completely insane."

After five days of no food and water, forced to drink his own urine to survive, it's no wonder he began to suffer from hallucinations, some of which took on anime themes. As Chong's laywer puts it, he "had Japanese cartoon characters telling him where to find water."

While this is indeed a terrible ordeal to go through, one can't help but wonder… which anime characters did Daniel Chong hallucinate? Though we may never know, let's hope he gets the justice he deserves in this bizarre case.