A visual guide to anime from June-August 2012 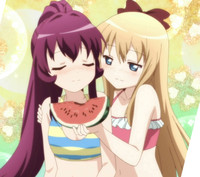 Some of the summer 2012 anime movies have already premiered (Blood-C: the Last Dark) and even a few of the TV series (Kingdom), but the season really kicks off in earnest in the first week of July. So, there's no better time to see what's coming in a final version of the visual guide to the season. 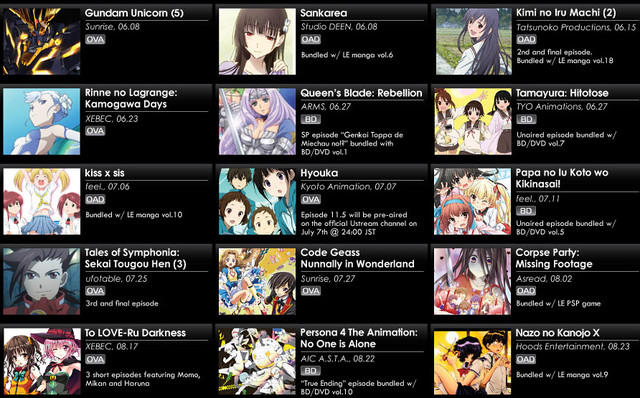 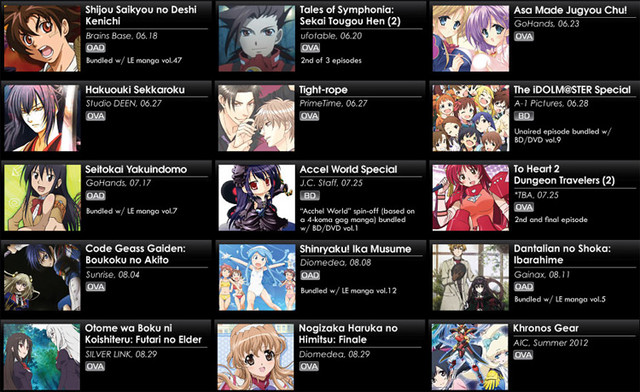 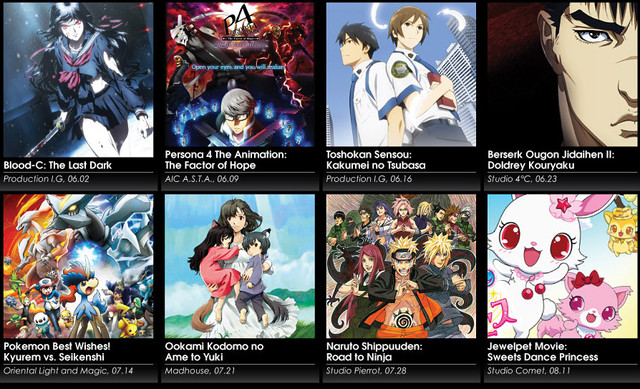 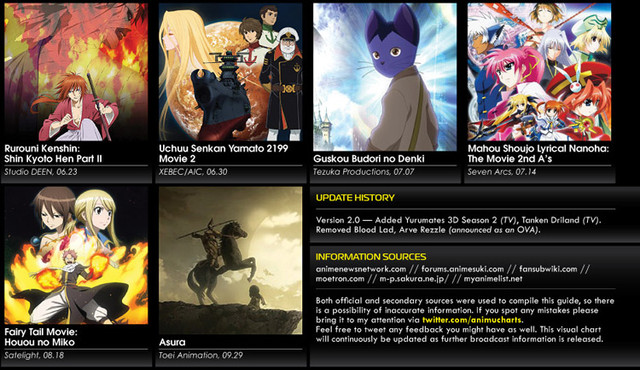