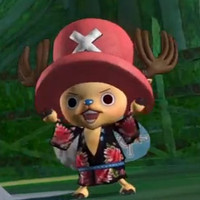 Namco Bandai Europe is back with a new look at the third set of downloadable goodies for PlayStation 3 crowd fighting action game One Piece Pirate Warriors. This one has new kimono for Chopper and Robin, period Japanese armor for Usopp, and an outfit for Nami based on the blockbuster Strong World movie.