Beginning of the end starts in the March issue of "Lala" 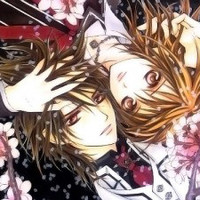 It's the beginning of the end for best selling (in North America) shoujo manga Vampire Knight. The Matsuri Hino series announced that it will be kicking off its final arc in the March issue of manga magazine Lala, on sale January 24th.

There's been no indication of how long the final stretch of the manga will run. So far, the 2005 series has run 16 volumes. It, and its two anime adaptations, are released in North America by Viz.