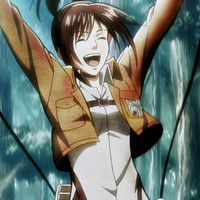 Last week, Attack on Titan had a strong debut on the Toonami programming block of Cartoon Network's Adult Swim, pulling 1,341,000 viewers and ranking as the night's top non-NBA original with a 0.6 adults 18-49. This week it did even better, with 1,469,000 viewers tuning in.

via TV By Numbers and @ToonamiNews