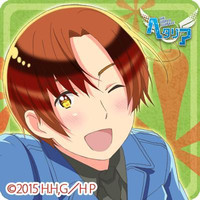 Previously implied when theme song single "Hetalian☆Jet" by Italy (CV: Daisuke Namikawa) was scheduled for July 24, the site for Hetalia The World Twinkle, the 6th anime adaptation of Hidekaz Himaruya's comedy manga series Hetalia: Axis Powers, has confirmed that the series will be presented on the Docomo Anime Store and other platforms starting in July.

Producer Tomoko Sakain commented that the series will primarily be based on Axis Powers Volumes 5 and 6. 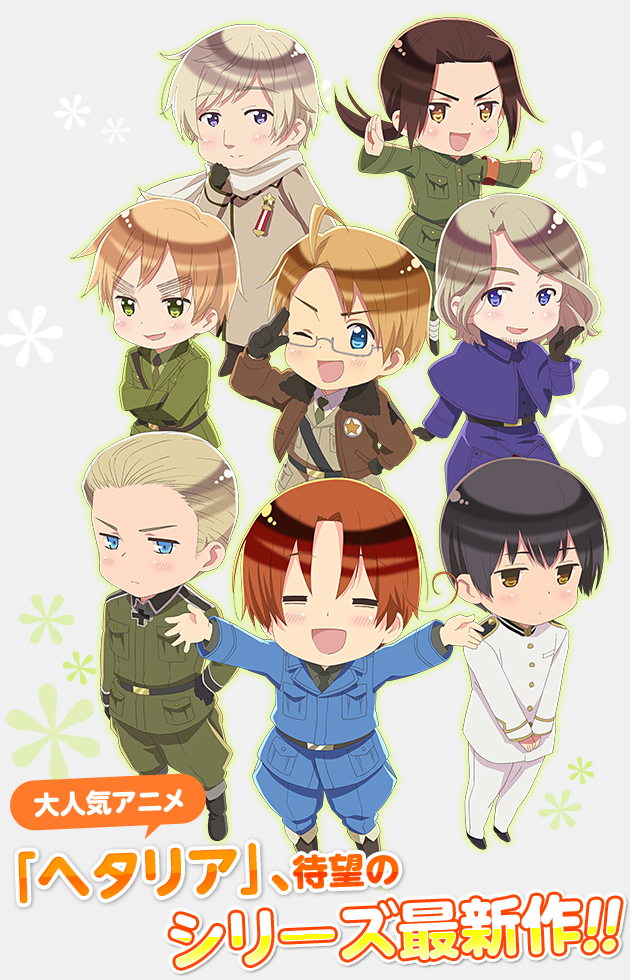 Hetalia will also be joining in the celebration to Animate's Matsue shop on April 25th with special chocolates. 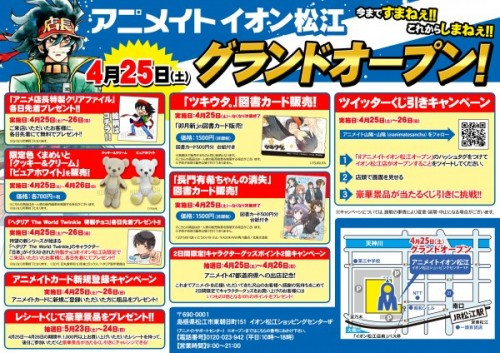 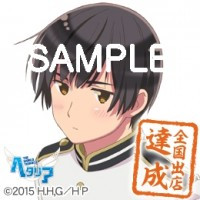