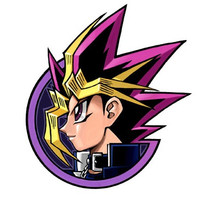 Yu-Gi-Oh! creator Kazuki Takahashi attended this past week's San Diego Comic-Con, and during the festivities he was presented with the convention's prestigious Inkpot Award. The award—which recognizes "individuals for their contributions to the world of comics, science fiction/fantasy, film, television, animation, and fandom services"—celebrates the way Takahashi has introduced manga to fans around the globe.

Upon learning of his selection for the award, Takahashi said, "I am deeply honored to receive Comic-Con's Inkpot Award and am humbled to be held in the same regard as the revered animators, authors, filmmakers and artists that have been recognized for their passion and contributions to the arts."